Controversy over the trip, by plane of the Police, of artists who participated in the possession of Gustavo Petro 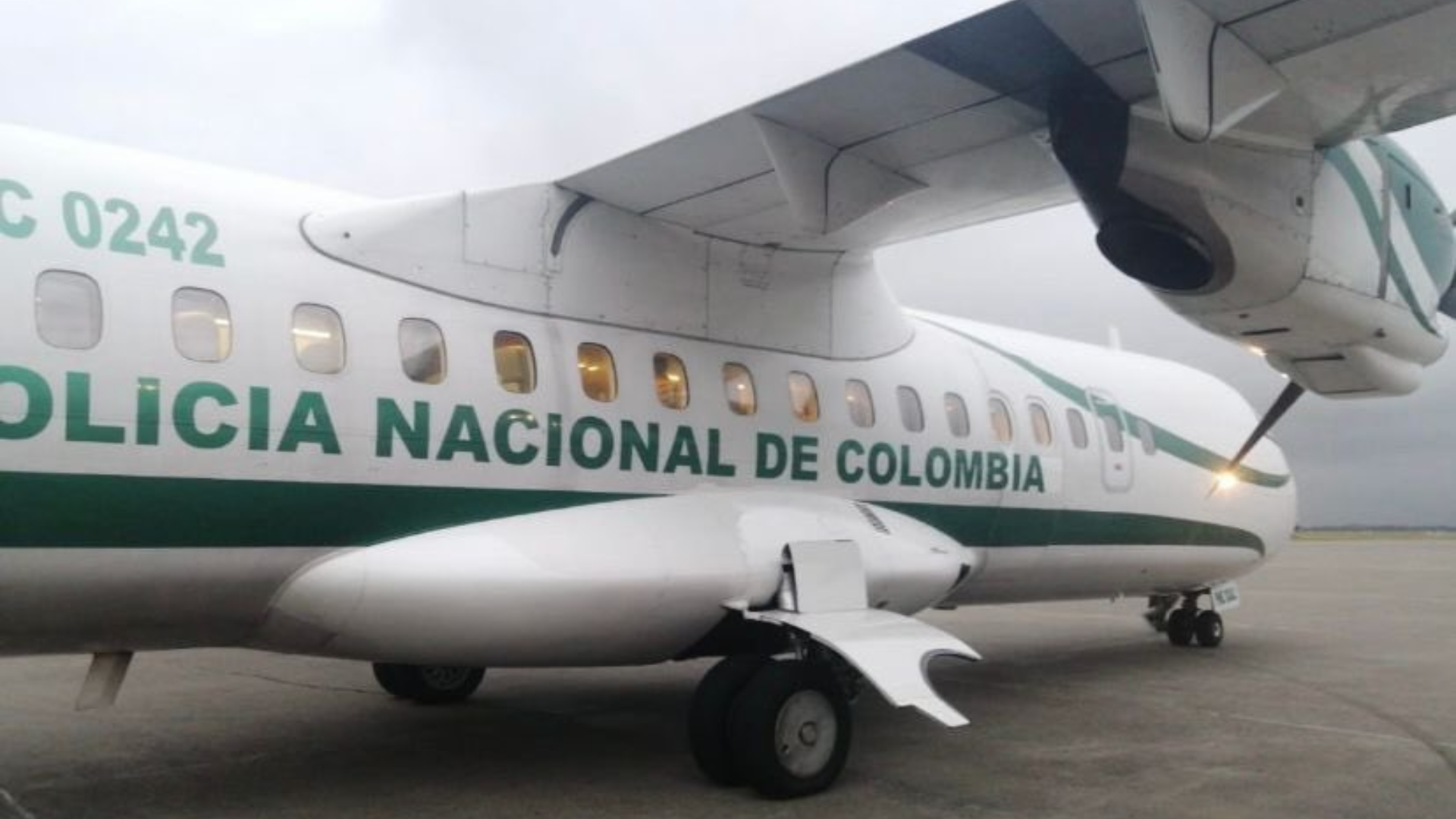 Controversy over a trip by artists on a Police plane for the possession of Petro. Photo: Via Twitter @Monikalmanza

Minutes ago the act of possession of Gustavo Petro as the next President of Colombia (2022-2026) and since morning, the streets are full of citizens in the Plaza de Bolívar, in Bogotá, who celebrate his arrival in power. For days, they announced that the ceremony would be characterized by having the Colombian people as its seal; however, the trip of some Cali artists caused controversy among various members of the opposition.

The social, environmental and political activist, Nicholas Isaacwas the one who made the trip known through a video on his social networks: “So you can see the turns that life takes, a few months ago I was threatened by the Police and now that Petro and France win we get on a plane of the police to collect and transport, not weapons, ammunition, soldiers, uniformed, but artists from regions to bring culture and peace to all of Colombia“.

At the end of the clip shows a group of people celebrating the actions of the next president. In social networks, Isaza’s statements began to be shared and they criticized the use of the National Police plane for alleged members of the “front line” of Cali.

A citizen, known as @Monikalmanza on Twitter, was one of those who expressed their disagreement. “Look at the change, the first line from Cali travels to the possession of Gustavo Petro in a police plane.” For the Colombian, “public goods for their own use” would be used and after his statements, he shared some images of the aircraft and the people who were on it.

Lawyer Daniel F. Bricenorecalled the episode for which the outgoing president, Iván Duque, was criticized for having used the presidential plane to take his children to Panaca.

“Today they celebrate that Petro has used a National Police plane to pick up influencers to bring them to the presidential inauguration,” said the jurist via Twitter. Following this, he pointed out that using the National Police plane to transport an influencer “configures embezzlement by a different official application in accordance with the provisions of article 399 of the penal code.”

You may be interested in: Reactions of the opposition to the arrival of the new government of Gustavo Petro: “May God have mercy on us”

The Democratic Center congresswoman, Maria Fernanda Cabal, also referred to it: “In this we finished. Legalizing barbarism with the slogan of “social protest” and using public resources with millionaire costs to “live tasty”. The anarchist feast begins with the taxes of those who do work”, wrote the third most voted senator in the legislative elections. 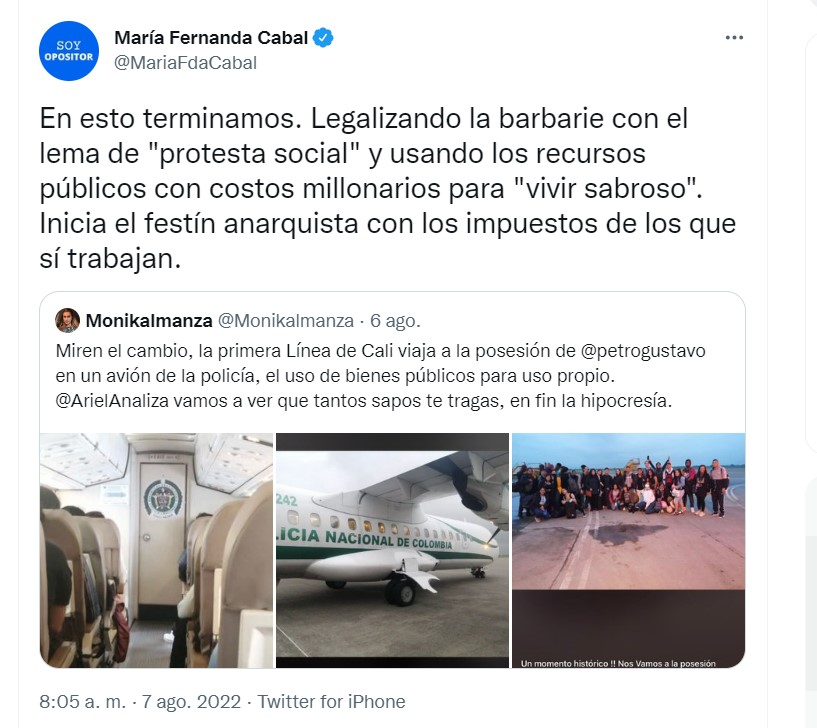 It should be remembered that the presence of the culture and the territories was one of the government’s promises for the transfer of hands. It is the first time in history that the people of Colombia will be the protagonist of the inauguration of the President of the Republic, so the citizens are in the Bolivar plaza along with the highest representatives of public power institutions and international guests.

On the other hand, Gustavo Petro toured the national territory and 104 Colombians he met along the way are today the guests of honor who will represent all the regions of Colombia. Five of them are: Don Arnulfo de Honda (Tolima), who lives by fishing in the Magdalena River; Katherine Gil, a working woman from Quibdó; Kelly Garcés, street sweeper from Medellín; Rigoberto López, a coffee grower from Caldas; Mr. Londoño, a silletero from Santa Helena, Antioquia; and Yenifer Gómez, a young woman from Bogotá who will represent Colombian musical talent.

This is how the inauguration of Gustavo Petro as the new President of Colombia is experienced in Bogotá
This is the official photo of Gustavo Petro as president, who will be in all government agencies and in the bases of the Armed Forces
Iván Duque did not authorize the departure of Bolívar’s sword for the possession of Petro