Battle of Boyacá: The story of a promise of freedom to the slaves that was not 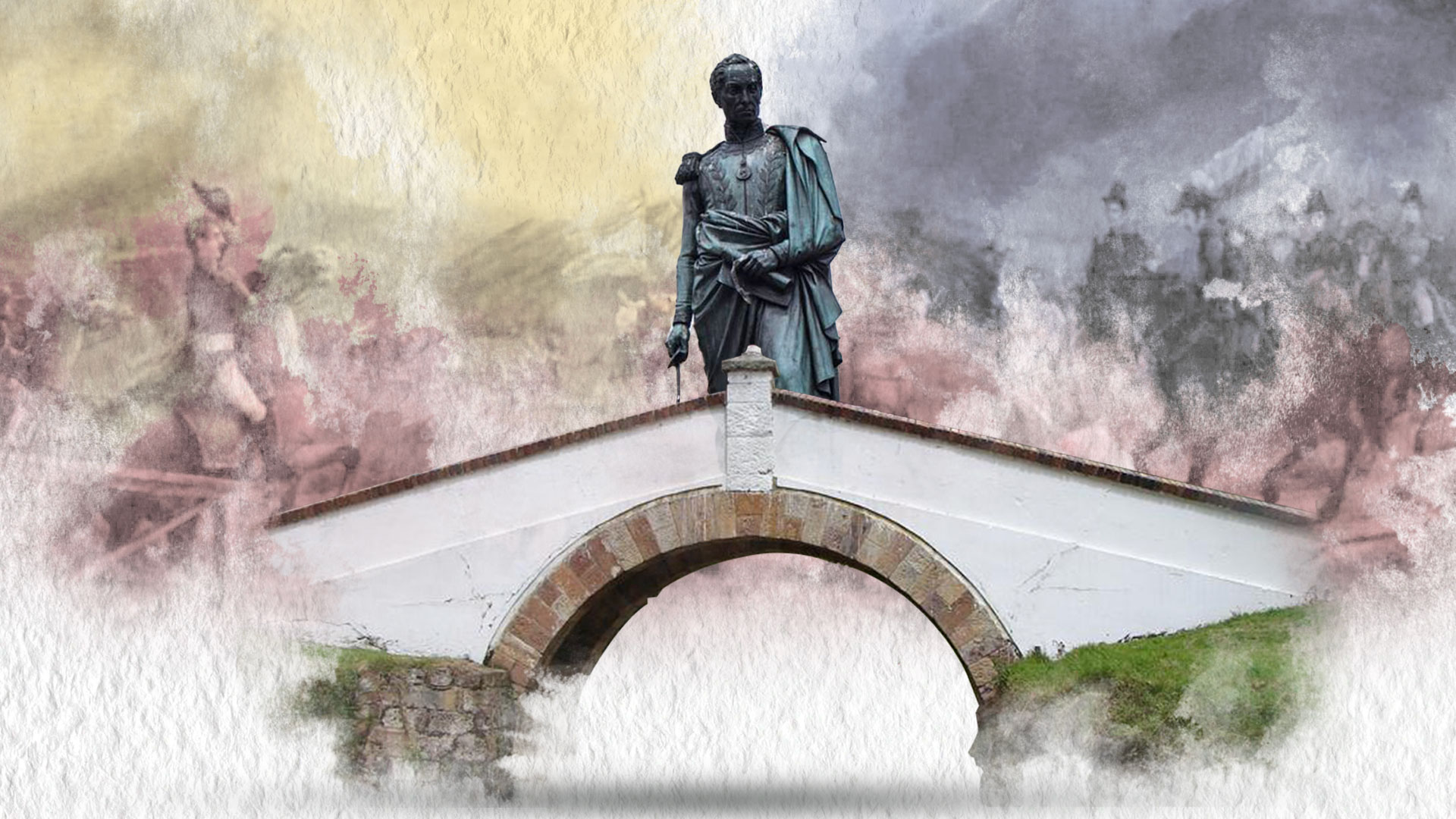 The Boyaca’s battle occurred on August 7, 1819, being the result of years of effort by El Libertador, Simon Bolivar, and his commanding general, Francisco de Paula Santander, to liberate New Granada from the Spanish empire. The pro-independence army and the Spanish clashed at what is now known as the Boyacá Bridge, in a battle that ended with the colonizers surrendering and the beginning of a new free state, Gran Colombia.

The army that fought for independence was made up of criollos, mestizos, mulattoes, zambos, blacks and indigenous, many of them poor and considered by the crown as ‘insurgents’. However, few know that, while this battle was being prepared, both the Spanish and the liberators sought the support of the black populations – free and slaves – offering them the abolition of slavery.

About, Infobae Colombia spoke with experts on the subject to learn more about the participation of black communities in the independence struggle, the Battle of Boyacá and the support that El Libertador received from Haiti to achieve independence.

For several years, When Bolívar was going through a bad time in his struggle for the independence of New Granada, he went to Haiti, a country in which freedom had already been achieved. In this regard, the historian Philip Arias Escobar noted that “Bolívar makes his tour of the Caribbean islandsfirst through Jamaica, seeking the support of British merchants and mercenaries and later at Haiti, where he receives the patronage of Alexandre Pétion, at that time president of the island”.

It is important to emphasize that, at that time, Haiti was the first state to be liberated, something that was achieved as a result of a rebellion of the black communities of the islandthis fact became an example for other colonized territories that were in search of freedom. 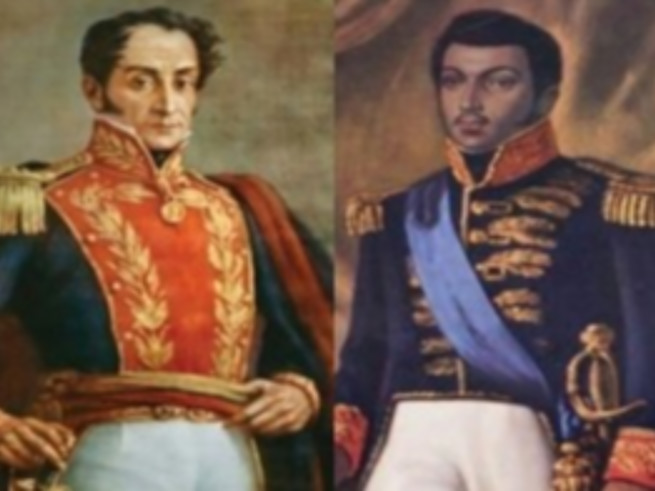 Pétion agreed to support Bolívar in his independence project, but in exchange he asked El Libertador that when he became the president of a new free state, he would declare the abolition of slaverya commitment that the Venezuelan acquired at that time.

Afro-Colombian journalist and leader, Edna Liliana Valenciaconsulted by Infobae, pointed out that “Bolívar returned with weapons, ships and resources and he promised the maroon and enslaved Africans that if they help him fight against Spain, he would abolish slavery when he became president … finally they fight and we have outstanding characters in the Battle of Boyacá like Colonel Juan José Rondón, a man of African descent, son of slaves”.

In 1816, after returning from the island, Bolívar wrote to General Marión, representative of the president of Haiti that: “I have proclaimed the absolute freedom of slaves. The tyranny of the Spaniards has put them in such a state of stupidity and imprinted on their souls such a great feeling of terror that they have lost even the desire to be free! Many of them have followed the Spanish or embarked on board English ships, who have sold them in neighboring colonies. Barely a hundred of them have been submitted”.

However, it is noteworthy that after returning from Haiti, Bolívar decreed the ‘absolute freedom’ of the slaves, but that statement had a condition for all those who were servants of the powerful. In the Third Article of said decree it was read: “The new citizen who refuses to take up arms to fulfill the sacred duty of defending his freedom, will be subject to servitude.not only him, but also his children under the age of fourteen, his wife and his elderly parents”.

Historian Felipe Arias stressed that this statement “is circumscribed to that singularity that war has and that violence that the war in Venezuela has, where not only black communities, but also indigenous, mestizo and peasant communities from the interior of the country are initially going to oppose independence, considering that it is promoted by the Creole elites of Caracas and other main cities. So as a way to attract those popular sectors to his cause, Bolívar is going to make this proposal, not a full abolition of slavery, but is circumscribed to those who sympathize with the cause of independence”. 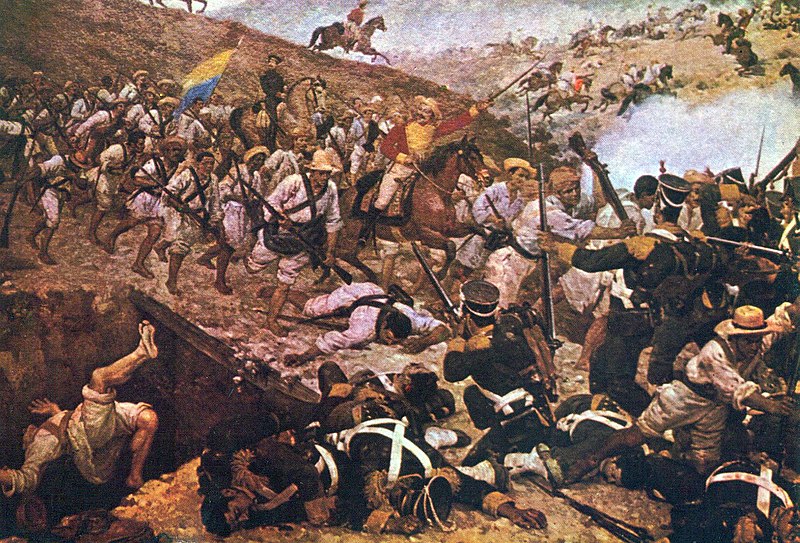 In a decree of April 1818 signed in Villa de Cura, it again refers to the abolition of slavery. In this he does not establish as a condition to be free to enlist in the independence struggle, but it is something that will happen to all those freed slaves. “With slavery abolished in Venezuela, all men who were previously slaves will present themselves for service to defend their freedom”said the document.

The usefulness of blacks in battle

An important point to consider is that, by the beginning of the 19th century, the population of Afro-descendants, whether maroons or slaves, far outnumbered the white and mestizo population; This was due to the number of Africans that were brought to the continent on Spanish ships and, at the same time, due to the reproduction of the slave population that guaranteed the powerful many generations of servitude. That is why, having this population on your side was a great foot of strength for both the royalist army and the liberator..

“They were used as cannon fodder, that must also be said, both parties put the Africans in the front rows of their armies so that they would kill each other first. Strategies like that, used in battle, were used to ‘whitewash’ the population and have what we have today… in the first rows were those with darker skin, then the mulattos, the indigenous and finally the criollos”, pointed out the journalist Edna Liliana Valencia.

Although Bolívar has been shown as the man responsible for freedom, in every sense of the word, the truth is that it was important to El Libertador that those of his own class, who had been sent to the lower echelons of ordered society by Spanish royalty, be freebut I didn’t necessarily feel the same way about black people.

What did Bolívar think of slavery and, in his case, of abolishing it? A strong opinion can be seen in a letter he sent to General Santander on April 18, 1820, a year after the Battle of Boyacá Bridge.

“It is shown by the maxims of politics, drawn from the examples of history, that every free government that commits the absurdity of maintaining slavery is punished by rebellion, and sometimes by extermination, as in Haiti… What more appropriate or more legitimate means to obtain freedom than to fight for it? Is it fair that only free men die for emancipating slaves? Is it not useful that these acquire their rights on the battlefield, and that their dangerous number be diminished by a powerful and legitimate means?”.

Regarding this, the Afro-Colombian leader Liliana Valencia pointed out that “we are talking about a time when independence was sought and that is why the abolition of slavery was considered, but not coexistence with enslaved Africans in equality as citizens … I did not speak with Simón Bolívar, but I doubt very much that he was interested in abolishing slavery because when he became president he simply did not do it”. The liberating army won in the Battle of Boyacá

Finally, when Simón Bolívar becomes president, the commitment that he had assumed with Pétion, president of Haiti, does not materialize and slavery is maintained for three more decades, until 1951. However, times before other attempts are made to free the black slaves.

The historian Arias pointed out that “a gradual change is going to be proposed and that is what is known as ‘Liberty of wombs’ and it is that the children of the slaves obtained their freedom from the age of 21, that is, it was necessary to wait 21 years for the first cases to occur, but after that time and given all the political instabilities that occur around the dissolution of the Great Colombia, this promise is going to begin to be postponed and postponed, generating outbreaks of uprisings of the enslaved, new maroons”.

He added that it was consideredgive a definitive abolition of slavery in 1851, but not as a consent of the ruling class, in any way, but as a consequence of the disappointment that independence generated in black communities”.

Both the journalist Edna Liliana Valencia and the historian Felipe Arias agree that history in Colombia requires a review, especially for that lack of recognition that has been given to Haiti for helping the independence struggle.