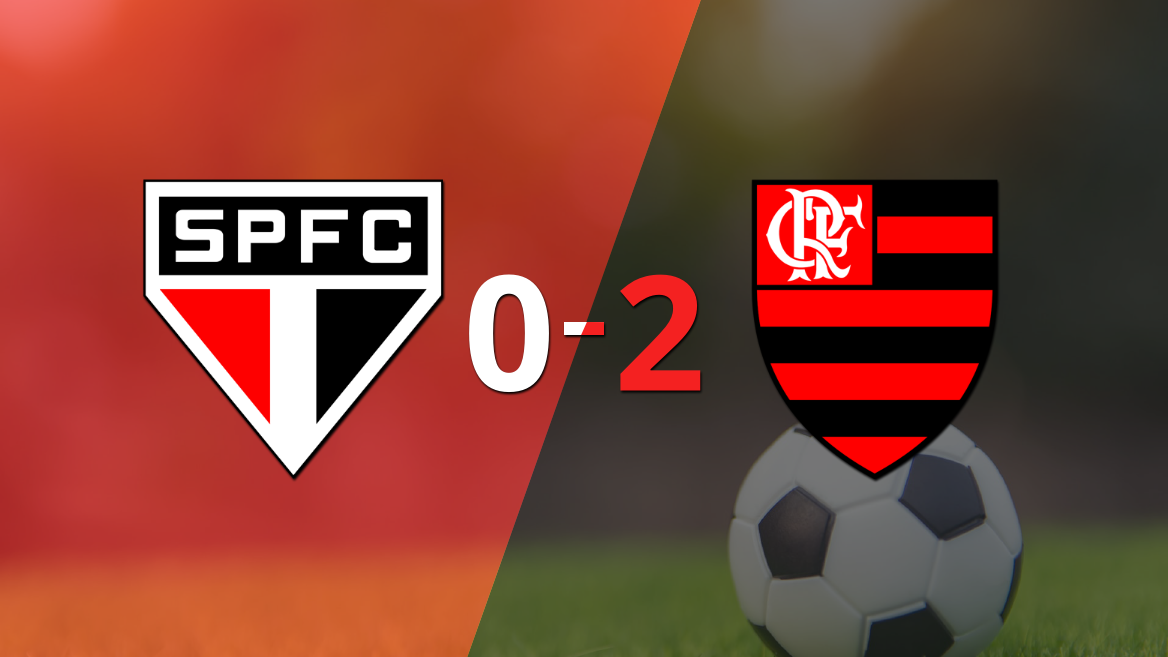 Flamengo took the three points this Saturday in their visit to San Pablo, within the framework of date 21 of the Brazil tournament – Brazilian Championship 2022. The goals for the visitor were made by Lázaro (6′ 1T) and Gabriel Barbosa (49′ 2T ).

A great play by Flamengo, 49 minutes into the second half, was the one that moved the scoreboard thanks to Gabriel Barbosa. With a cross from Éverton Ribeiro, the striker connected with the ball in the large area and entered the back of the opponent’s goal.

The best player of the match was Fabrício Bruno. The Flamengo defender had a good level for taking 3 balls and clearing 8 dangerous balls.

Victor Hugo was another of the key players. Flamengo’s midfielder, he was precise with 34 effective passes and searched for the opposite goal twice.

It was a game with many frictions due to the infractions committed in the open field. There were several cautioned: Hugo Souza, Pablo Maia, Diego and Giuliano Galoppo.

São Paulo coach Rogério Ceni proposed a 4-4-2 formation with Felipe Alves in goal; Rafinha, Miranda, Léo and Reinaldo in the defensive line; Pablo Maia, Igor Gomes, Giuliano Galoppo and Patrick in the middle; and Nikão and Marcos Guilherme in attack.

For its part, Dorival Júnior’s team took the field with a 4-3-3 scheme with Santos under the three sticks; Matheuzinho, Fabrício Bruno, Pablo and Ayrton Lucas in defense; Arturo Vidal, Diego and Victor Hugo in midfield; and Marinho, Lázaro and Cebolinha up front.

Referee Ramon Abatti Abel was in charge of supervising the game at Morumbí.

On the following date, San Pablo will face RB Bragantino at home, while Flamengo will play at home against Athletico Paranaense.

With this result, the host of the match reaches 26 points and is in eleventh place. For its part, the visiting team remains at 36 units and is in third place in the tournament.