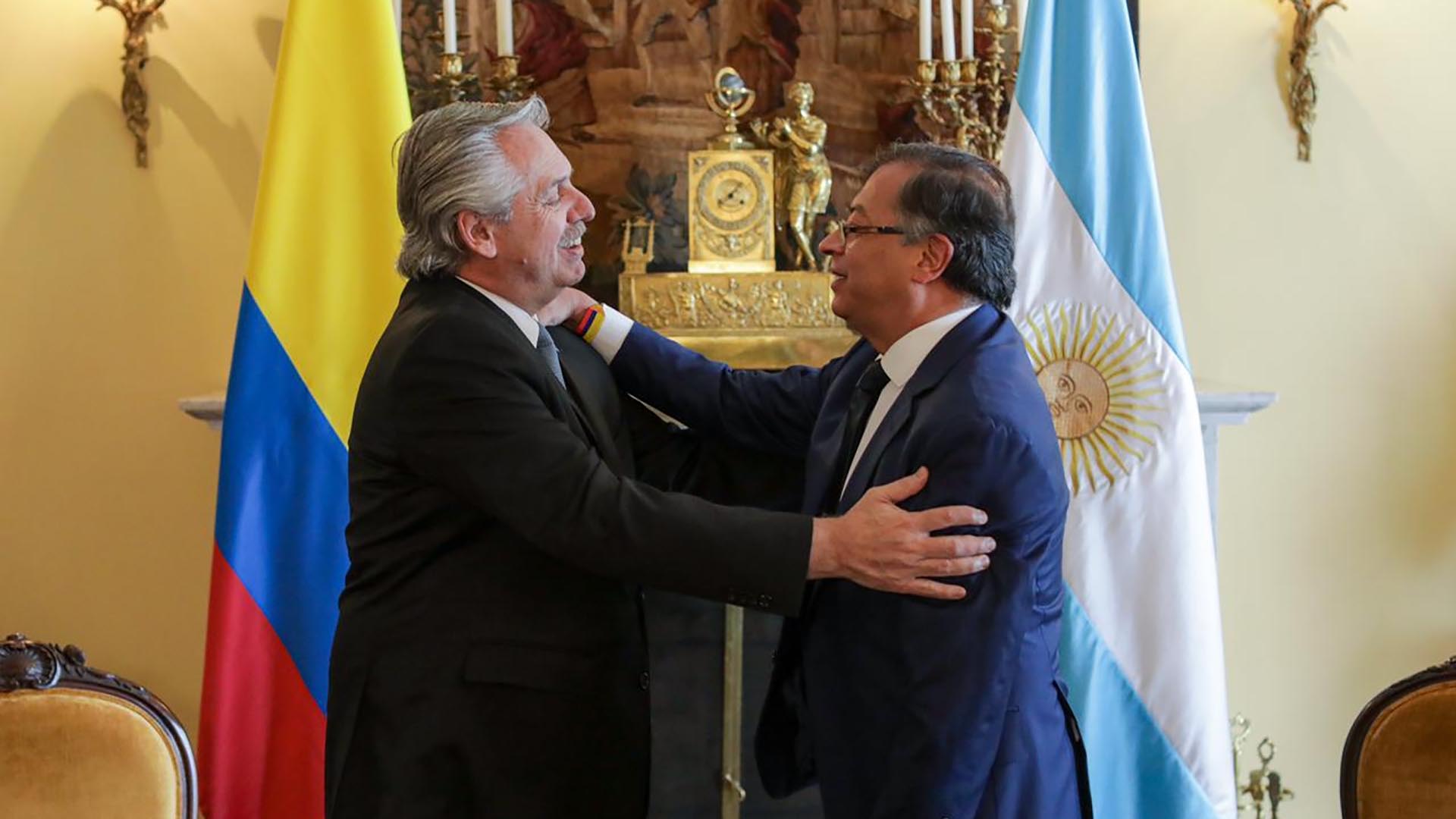 Alberto Fernández and Gustavo Petro during their official meeting in Bogotá

(Special delivery) Alberto Fernández and Gustavo Petro spoke for more than half an hour about bilateral relations and the global agenda crossed by Russia’s war against Ukraine, the post-COVID-19 pandemic and the effects of Climate Change.

The meeting between the two leaders took place in the Private House of the Palace of San Carlos -historical residence of Simón Bolívar-, and the foreign ministers Santiago Cafiero and Alvaro Leyva Durán, an experienced conservative politician who participated in the peace negotiations with the FARC, participated.

Petro will take office in the next few hours as president of Colombia and has set a domestic agenda that has a high level of approval. Among his projects is the intention to close a peace agreement with all the remains of the National Liberation Army (ELN) to move on to another institutional stage.

The Colombian head of state had a long experience in the guerrilla -he belonged to the April 19 Movement-, and it is the first time in the history of this country that the government will be exercised by a left-wing president.

“We have carefully followed the proposals and guidelines to achieve total peace, both during the electoral campaign and after the victory. We are determined to continue and reinforce the Argentine commitment and support for peace in Colombia”stated Alberto Fernández when the bilateral concluded

And he added before returning to the JWMarriot hotel: “We support Petro’s decision to resume dialogue with the National Liberation Army (ELN) and we convey Argentina’s willingness to accompany this process.”