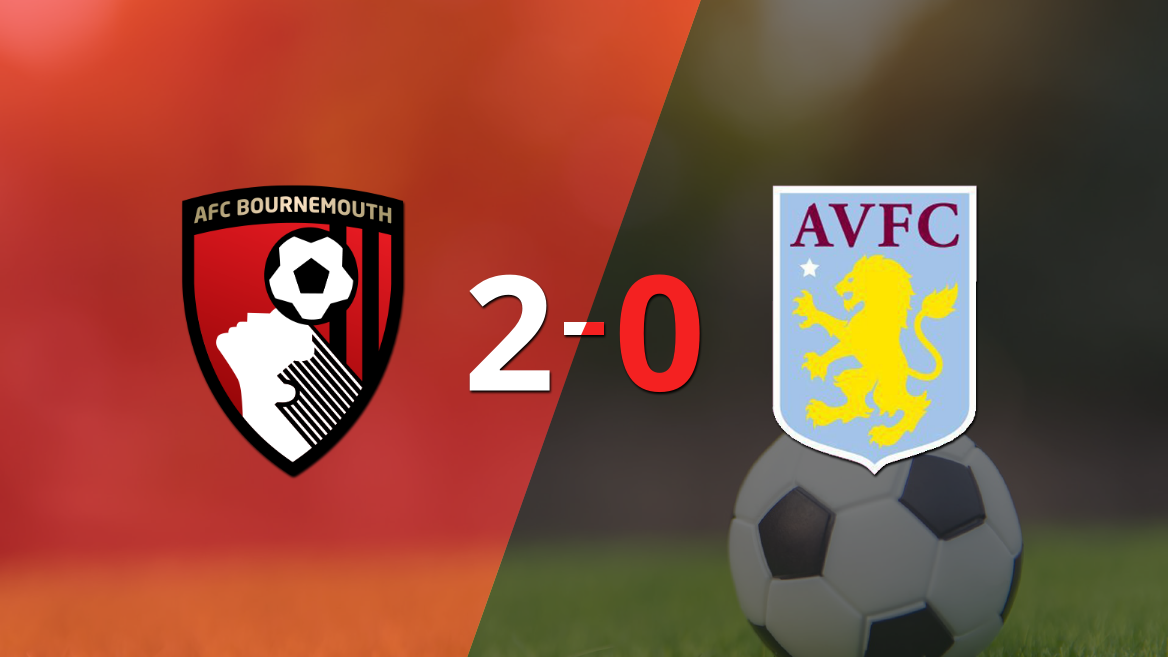 Aston Villa failed to make sense of their possession (67% on average) and take center stage in the game to win.

The best player of the match was Jefferson Lerma. The Bournemouth defender had a good level scoring 1 goal, taking 3 balls away and clearing 3 dangerous balls.

Lloyd Kelly was also key. The Bournemouth defender had a good level by clearing 3 dangerous balls.

The constant interruptions made for a locked game, which was marred by fouls. There were a lot of bookings: Danny Ings, Adam Smith, Ben Pearson, Jacob Ramsey, Philip Billing and Douglas Luiz.

For its part, Steven Gerrard’s team took the field with a 4-4-2 scheme with Emiliano Martínez under the three sticks; Matthew Cash, Ezri Konsa, Diego Carlos and Lucas Digne on defense; John McGinn, Boubacar Kamara, Jacob Ramsey and Philippe Coutinho at half court; and Leon Bailey and Danny Ings up front.

Peter Bankes was the referee who directed the match at Vitality Stadium.

Bournemouth’s next match in the championship will be away to Manchester City, while Aston Villa host Everton.

With this result, the host of the match reaches 3 points and is in third place. For its part, the visiting team has not yet added units and is in seventeenth place in the tournament.