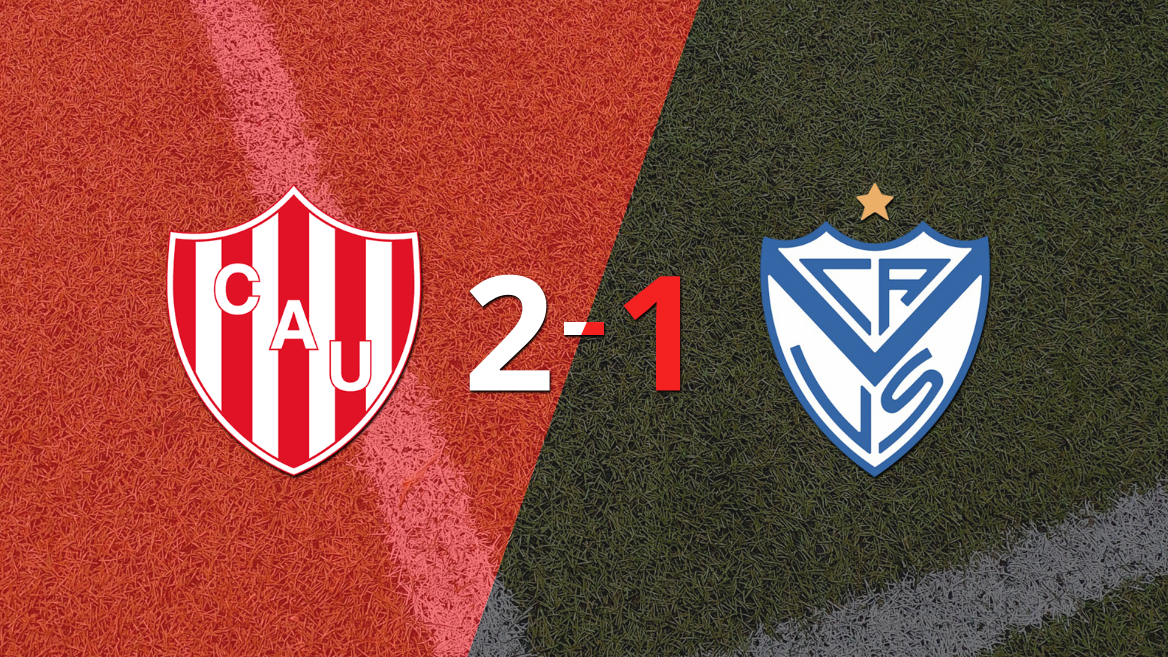 For date 12 of the Argentina – Professional League 2022 tournament, Tatengue beat Fortín 2-1 this Saturday. The goals of the match for the local team were scored by Bryan Castrillón (31′ 2T) and Junior Marabel (42′ 2T). While the away goal was made by José Florentín (7′ 1T).

A highlight of the match was Bryan Castrillón’s goal in the 31st minute of the second half. After receiving a pass from Diego Polenta, the striker hit a header that went into the goalkeeper’s right post.

The figure of the meeting was Junior Marabel. The Unión striker converted 1 goal, kicked the goal twice against Vélez and made 3 correct passes.

José Florentín was also key in the Avenida stadium. The Vélez midfielder stood out against Unión as he scored 1 goal, made 23 correct passes and kicked 3 times on goal.

At 28 minutes into the first half, Unión striker Bryan Castrillón made a fool of Julián Fernández, Vélez striker, with a stupendous shot.

For their part, those led by Alexander Medina stood with a 4-3-3 strategy with Leonardo Burián under the three sticks; Tomás Guidara, Diego Godín, Miguel Brizuela and Emanuel Insúa in defense; Joel Soñora, Agustín Mulet and José Florentín in midfield; and Julián Fernández, Abiel Osorio and Jonathan Menéndez up front.

The designated referee for the match was Darío Herrera.

Tatengue will visit Argentinos Juniors on the next day, while Fortín will host Gimnasia at the Estadio José Amalfitani stadium.

The local is in third place with 21 points, while the visitor reached 9 units and is placed in twenty-sixth place in the tournament.