U. Magdalena won 2-1 in their visit to Envigado 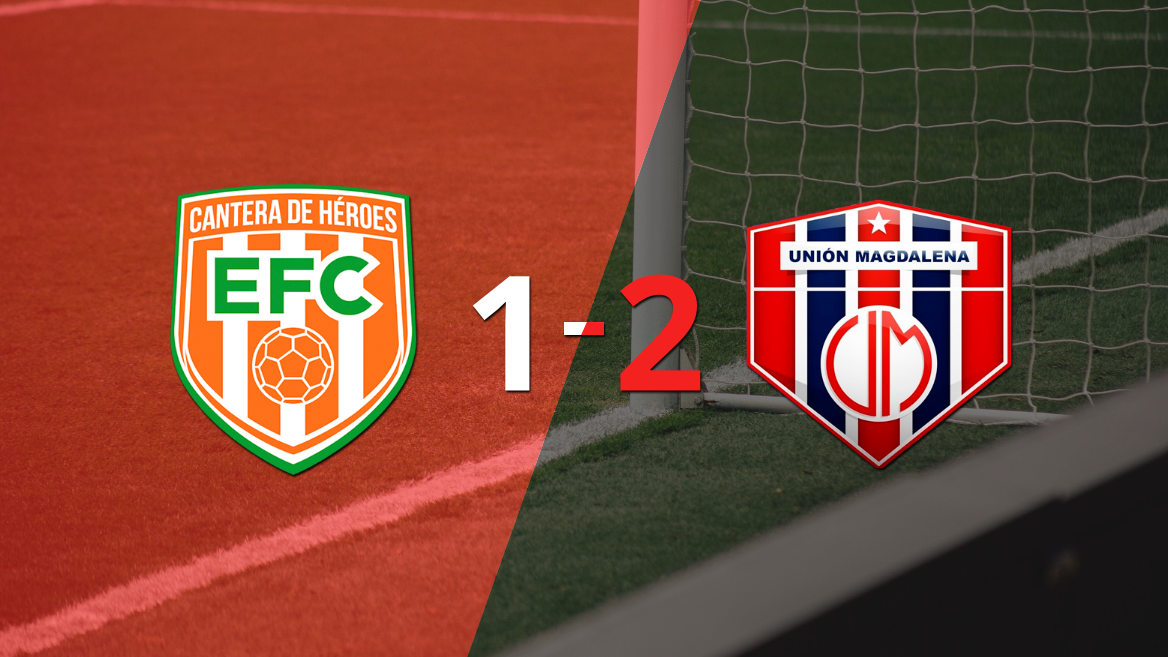 In the 27th minute of the first stage, Diego Chávez raised the spirits of U.Magdalena and received all the applause. Brayan Correa handled the ball with a center and midfielder defined with a strong shot from the large area.

The figure of the match was James Sánchez. The U. Magdalena midfielder scored 1 goal and made 3 correct passes.

Diego Chávez also played a good game. The U. Magdalena midfielder scored 1 goal, made 19 correct passes and searched for the opposite goal with 3 shots.

A high foul rate constantly slowed down the game on the court. There was a large number of cautioned: Yilmar Celedón, Juan Manuel Zapata, Ever Valencia, Roberto Hinojosa, Ricardo Márquez, Fabián Cantillo and Ronaldo Lora.

The Envigado strategist, Alberto Suárez, stopped the starting eleven with a 4-5-1 formation with Joan Parra in goal; Daniel Londoño, Francisco Báez, Yilmar Celedón and Yeferson Rodallega in the defensive line; Diego Moreno, Daniel Tegüé, Iván Rojas, Ever Valencia and Juan Manuel Zapata in the middle; and Jesús Hernández in the attack.

For their part, those chosen by David Ferreira took to the field of play with a 5-4-1 scheme with Carlos Bejarano under the three sticks; James Castro, Juan Pablo Vacca, Jairo Palomino, Ronaldo Lora and Brayan Correa in defense; Diego Chávez, Roberto Hinojosa, Agostino Spina and Fabián Cantillo in midfield; and Isaac Camargo up front.

Edwin Trujillo Castro was appointed as the main referee of the match at the Polideportivo Sur stadium.

On the following day, the Orange Team will face At. Nacional and U.Magdalena will play the away game against Bucaramanga.

With this result, the host accumulates 5 points throughout the contest and occupies sixteenth place. For its part, the visit adds 13 units and is located in the first place.