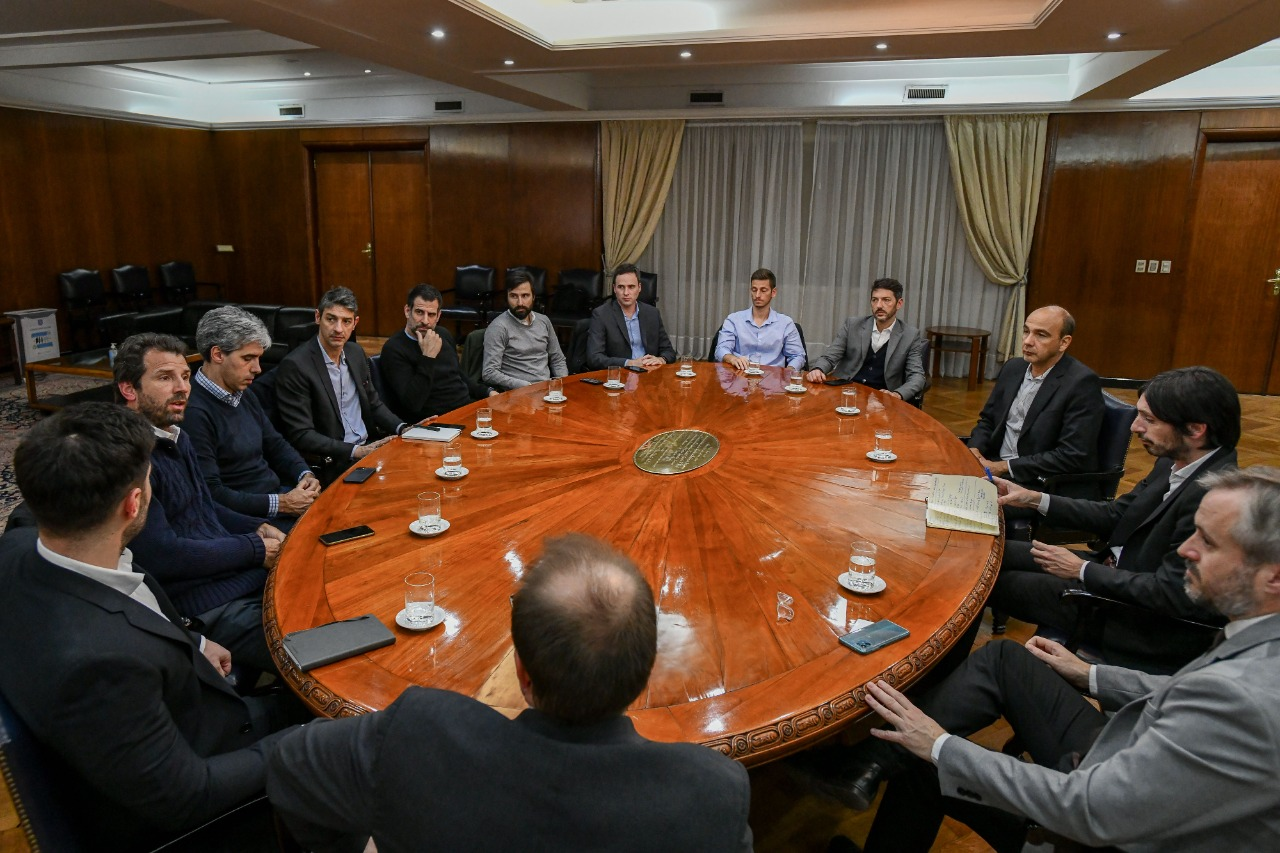 The Secretary of Finance, Eduardo Setti, and the President of the CNV, Sebastián Negri, led the meetings with investors

The economic team launched one of the measures announced by the Minister of Economy Serge Massa in his first public speech: the voluntary exchange of debt in pesos. Through presentations to market players, officials presented the characteristics of the operation, which will begin on Tuesday 9, and which aims to decompress the bulky maturities of the coming months and extend the payment terms.

The government has already anticipated that to make this exchange of titles it already has 60% percent acceptance by debt holders, something to be expected since both Anses and public banks are the main holders of these titles. In this way, they are already assured that the swap has a relevant volume.

The presentation of the exchange was carried out through meetings held today in which the team from the Ministry of Finance that leads Eduardo Setti together with the president of the National Securities Commission, Sebastian Negriand the head of advisers to the ministry, Leonardo Madcurtogether with representatives of the main institutional players in the market “with the objective of communicating about the financing strategy of the Treasury and strengthening the conditions of the debt market in pesos”, as explained in Economy. Representatives of banking entities, the chamber of common investment funds and insurance companies participated in these meetings.

“This is a voluntary conversion operation of market public debt instruments maturing in the next three monthswhich would allow the Treasury to extend terms through dual instruments dollar-linked/CER maturing in June, July and September 2023″, they added.

According to official sources, the objective of the voluntary swap operation is to “decompress the Treasury’s debt profile in months with large maturities that will contribute to the normalization of the debt market in pesos that has been observed since last month.”

The auction will take place next Tuesday the 9th and the settlement of the new bonds will take place on Friday the 15th. The bonds that expire during August (Lecer, Lepase, Ledes) will receive a “Bond of the Argentine Nation in Dual Currency” maturing on June 30, 2023. The instrument will adjust for the evolution of the dollar and inflation (CER) and its price will be determined in the auction.

According to official sources, the objective of the voluntary swap operation is to “decompress the Treasury’s debt profile in months with large maturities that will contribute to the normalization of the debt market in pesos that has been observed since last month.”

In the presentation of the economic measures that took place last Wednesday in the microcinema of the Ministry of Economy, Massa had advanced the implementation of the exchange for remove any possibility of default by the Government in relation to the debt in pesos. Weeks ago, the titles had had very strong falls in their prices, which forced the Central Bank to “come to the rescue”. Thus, the monetary authority had to buy 1 billion pesos in these bonds.

“We fulfill our obligations as a government. There has been a lot of talk in recent days about the great concentration of debt maturities in pesos in the coming months. To provide greater predictability and remove uncertainty, we are launching a voluntary swap for maturities in pesos in the next 90 days. The swap will end on Tuesday, for which we already have adherence commitments of more than 60%,” said the Minister of Economy.

“I convey this consideration to you so that those who speculated with a re-profiling of the debt understand that the population and investors should not be worried”Massa added.

The market began to rule out the possibility of a strong jump in the exchange rate
In search of USD 5,000 million for reserves, the Central Bank defined how it will encourage exporters
The Central Bank regulated the measures to stimulate the liquidation of foreign exchange from exporters
The United States added 528,000 new jobs in July, more than double what was expected, and the unemployment rate fell to 3.5%