Miguel Rodríguez Mackay: “Russia’s idea is to cut off the territory of Ukraine” 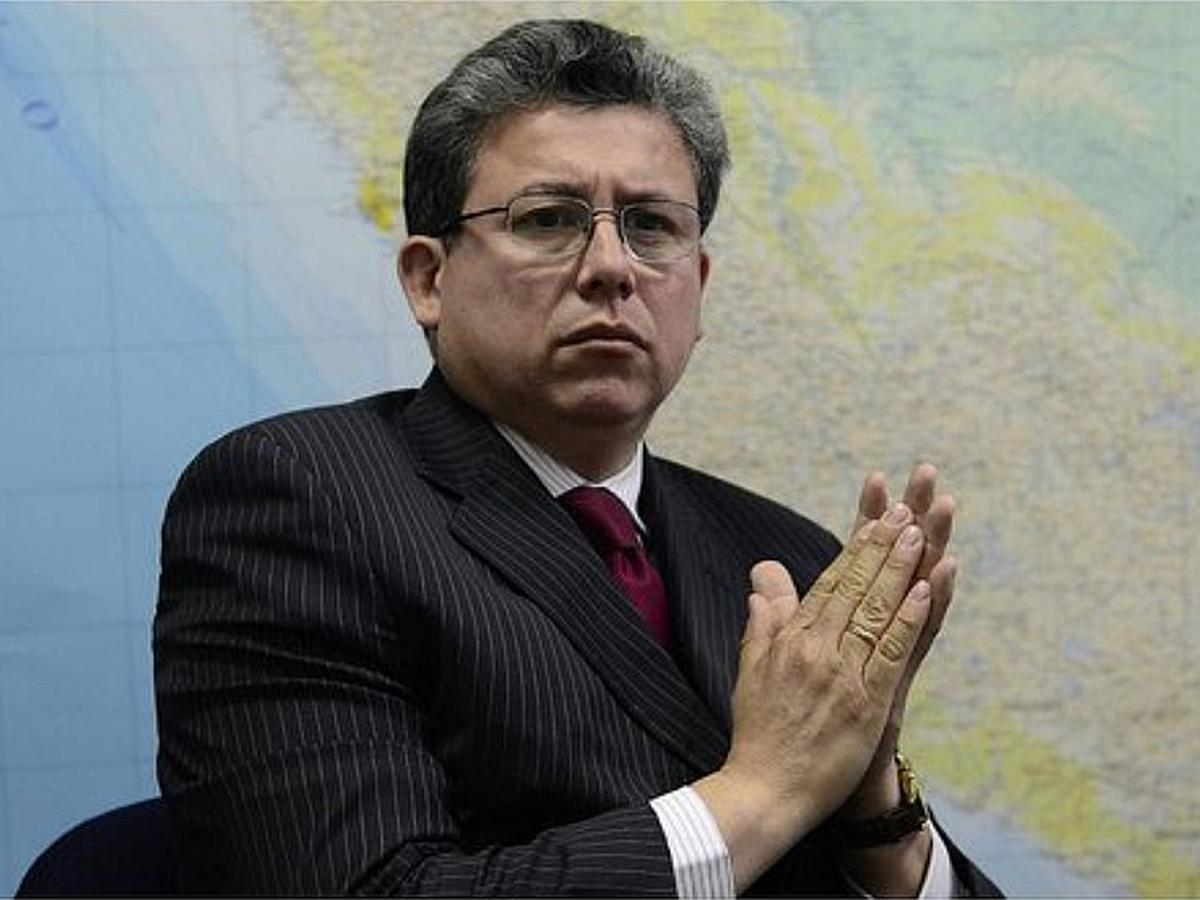 The Russian invasion of Ukraine does not stop The latest reports indicate that the invasion by land, sea and air of the troops sent from the kremlin It already causes more than 350 dead civilians. For now, Kyiv resists the Russian advance almost a week after the declaration of war by Vladimir Putinwho has deserved the unanimous rejection of several countries of Latin America and the European Union.

On the delicate geopolitical situation, and what could happen in the coming days, Infobae interviewed the internationalist Miguel Ángel Rodríguez Mackaywho argued that Russia has a clear geopolitical plan: cut off parts of Ukraine’s territory to annex them, as happened eight years ago with Crimea, in a way to fact.

– How do you see that the condemnation of Russia’s invasion of Ukraine was not approved in the United Nations Security Council on Friday?

– From a point of view of political realism, going to the Security Council of the United Nations, I was convinced that it was going to be an action for frustrated execution. The United States knows that in the Council, for decisions to be taken, it must have the support of all the permanent member countries. Being there a Russia directly committed to the matter and China, it will be very difficult to achieve. I believe that the United States has taken an issue to management, under the council, to transmit to the international community that it adheres to international law, to the planetary legal order, established in a system of conventions such as the United Nations, which is the geopolitical forum quintessential planetarium. Secondly, I think that the trend, even though there are nine permanent member countries of the council that allow decisions to be made in other areas or frameworks, they were not going to make a decision even close to a value judgment of what exactly is happening in Ukraine. As I have already said, the Security Council should work better to condemn these cases because political realism always works better there than the very nature of international law.

– China abstained. What message does it send?

– China’s abstention vote means that it once again shows its international temperament of not engaging in situations of immediate conflict. China is concerned not with entering war concept spaces, but with conquering the world economically. It does not mean that, because of one abstention, China supports the United States. What it shows is their level of balance and international empowerment. With his decision, he does not throw the balance somewhere but, rather, he seeks to empower himself and not lose. What it had during the pandemic: an international showcase alongside the United States. I do not think there is any possibility of a Cold War as some slip.

– And the role of the United States in this conflict?

– The mere fact that the United States calls a negotiating table, even though it is a sensible act, weakens it politically in the face of a speech by a Democratic president like Joe Biden, who has not been looking at the international board. You have seen his speeches with reiterative warnings to the government of Vladimir Putin and that, in addition, he indicated that the United States is not going to enter kyiv with its troops. [Biden] He knows that a war will cause deaths that will be attributed to him and, in addition, it will serve as an opportunity for Donald Trump to leave his winter quarters so that he blames what is happening and opens the way for an election in 2024. I repeat: Joe Biden loses on the international political front and also on the US domestic front.

– What is Russia seeking with this move to invade Ukraine?

– Basically, Russia’s goal is to realize its geopolitical plan.

– The geopolitical plan is to extend Russian territory to those it considers part of its history. Therefore, the idea of ​​​​Russia is to cut off the territory of Ukraine. And she will get it. First it was Crimea eight years ago with an annexation of fact. With a referendum that later made it possible for it to be annexed to Russia. And, now, with an act for the whole world like fact, but for Russia with a decree that is not aligned with the law of the United Nations. The Russians, by making official the recognition of two separatist provinces as independent republics, what they have done is tell the world that they are not invading Donbass. It is entering the territory of two independent Ukrainian republics. Of course, the matter begins when Russia has reached kyiv. So, it is already properly Ukrainian territory. With this, I fly to my geopolitical hypothesis that the entry to kyiv is not what some want to say that they want to make a province similar to Donbass. Enter up there to once and for all liquidate the Zelensky government to put another one and go to a negotiating table in conditions of empowerment. With clear rules to get what Russia is looking for. Surely, the negotiation will go back to the occupation in Donbass, which, I believe, will end up being annexed to Russia, with which it achieved its geopolitical objective and, also, international politics.

– It is said that Vladimir Putin wants to restore the USSR. Is this scenario feasible?

– Look, I don’t think it will be legally and technically the Union of Soviet Socialist Republics again. What will happen is, shall we say, the nature of the political action that Putin has in mind. Remember that, after the dismemberment of the USSR and the pressure of the Russian Federation with Volinski, that whole stage was frustrating and shocking for the Russian collective imagination. So when Vladimir Putin appears in politics, he is the standard-bearer who embodies the revitalization of what was the Soviet Union. Re-empower that stage in which, together with the United States, they were the true bipolar world of the Cold War. all that he [Putin] embodies it. Surely, she wants to carry it forward. In fact, it has countries like Kazakhstan and Belarus under Russian satellite control. For this reason, I do not see legally and technically that the USSR can be constituted. Some spaces, such as Crimea and Donbass, are going to be annexed so that they become Russian territory. Also, their populations are pro-Russian. They will not need fraud to get them. In all the other republics that were socialist I do not see that final scenario of technically returning to the Soviet Union, but politically under satellite control as Putin explained a month ago. On the other hand, Putin will not allow a rapprochement of the West, in terms of security, with NATO in a territory that has his influence.

– What is the degree of responsibility of NATO in the crisis?

– I would say that NATO is a space dominated in a significant way by the United States because what they say is done there. NATO is responsible because the displacement of its soldiers has generated international unrest. Believing to dissuade, it has not succeeded and, rather, has exacerbated the action on the part of Russia. So, there is shared responsibility for the United States, for NATO and we have to say it for Russia. The international system of the 21st century is not for those rigs. But each one does it because it means international power and they will want to achieve their goals.

– Is this related to Russia’s threat to Sweden and Finland not to join NATO, which also happened with Ukraine that wants to be part of this bloc?

– Definitely. Ukraine’s request to join NATO means for Vladimir Putin, for the Kremlin and the hard core of the ex-Soviet countries, an insult and offense to the historical bastion of what Russia represented in the past. Russia’s power, beyond what it would like to be economic, is allowing it to mobilize tokens more audaciously than the West in international politics.

– How are the member countries of NATO in the midst of the crisis?

– The NATO countries are left in a bad spot and, surely, individually they know that they exist from being a single block. After World War II, they would have disappeared. So, as individuals, you will hold a very discreet position. The first will be Germany. Remember that the Germans, with Angela Merkel, have had an interesting relationship with Russia. In the case of France, she has sought to appear more in the middle to be the great leader of European diplomacy to avoid the current conflict. The European countries are very subjugated and decimated because Russian gas is truly the driving force behind industrial development in the region. I don’t see them, really, with a sort of total and absolute flag with the United States, which also did not know how to move its pieces on the international board.

– Do the sanctions applied to Russia have any dissuasive effect?

– Russia is an economically handicapped country. The issue is that I don’t see economic sanctions to make it an international pariah as the immediate solution. What is relevant at the moment is the military issue. You will see that when he enters kyiv, they will massacre more people as an act of war. I would dare to say that Vladimir Putin already foresaw a scenario in which the United States had this sanctions plan until it became a pariah. That is why, as soon as Putin has managed to enter kyiv, he will surely be the first to ask for a negotiating table to get what he wants. Taking Russia out of the Swift system will not affect it immediately. The problem lies in the military power that is determined by chess, which, later, will be diplomatic where the future negotiation between both parties will be seen.

– Isn’t it contradictory that a negotiation is requested when Putin has called on the military to carry out a coup in Ukraine?

– No. I think that for Russia it is the only way to avoid more deaths. They ask that the president be overthrown once and for all so that there are fewer deaths and an international punitive accusation against Vladimir Putin. Now when there’s a table, they’re going to back up to get them attached. [Donetsk y Lugansk] How? Well, let there be a referendum in the Donbass region, where the Donetsk and Lugansk provinces will surely say that they wish to be Russian. So, the objective will end up being fulfilled sooner or later. I do not see a USSR or a Ukraine with the same territory of 722 thousand square kilometers that it had until before the Russian troops entered this country.

Twelve members of the Russian diplomatic mission to the UN expelled from the US (Russian ambassador)
Russia strips naked to the world
Leave Russia or stay? Foreign companies have no choice
EU and its allies ready to adopt more sanctions against Russia (French presidency)
NASA claims that the US and Russia work together “peacefully in space”
Six documentaries to better understand the conflict between Ukraine and Russia