Miguel Rodríguez Mackay, profile and resume of the new Minister of Foreign Affairs 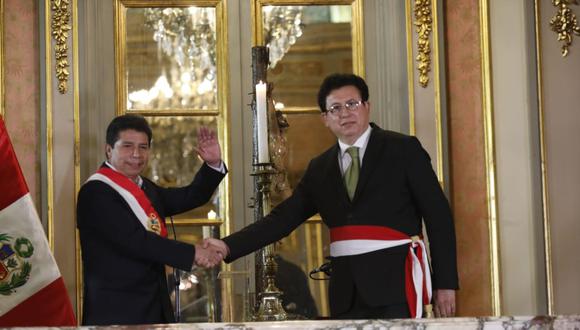 Miguel Rodríguez Mackay is the new Minister of Foreign Affairs.

the internationalist Miguel Angel Rodriguez Mackay sworn like new Minister of Foreign Affairsin a ceremony conducted by the President of the Republic, Pedro Castilloin the Golden Hall of the Government Palace.

In this way, the new Foreign Minister Rodríguez Mackay will replace César Landa, who had assumed said portfolio on February 8.

Another task has been his participation as legal advisor in the working group of the trial that Peru followed by maritime limits in the International Court of Justice of the Foreign Relations Commission of the Congress of the Republic between 2012 and 2013.

Hours before his departure, Landa questioned the decision of Congress not to authorize the trip of President Pedro Castillo to Colombia for the swearing-in of Gustavo Petro as president.

Through his Twitter account, he indicated that the country’s image abroad is once again in question and called on parliamentarians to reverse this decision to “honor Peru’s international commitments.”

“Our international image is once again called into question by not authorizing the President’s trip to the transfer of command in Colombia. I call on the congressmen, who on other occasions have reversed decisions to honor Peru’s international commitments, “he wrote on the social network.