The news of the sensitive death of the Peruvian actor Diego Bertie reached Mexico, where his colleague Itatí Cantoral mourned his death before the press of his country. The actress was shocked by how the tragedy happened that did not finish dismaying all of Peru.

The news hit him “like a bucket of cold water.” The interpreter of Soraya Montenergro in the Mexican novel “María la del Barrio” was approached by the Mexican press when she was leaving a building. It was then that the same reporters asked her about the death of the Peruvian actor, and she reacted with amazement when she found out that the death occurred after falling from a 14-story building.

“He fell? I can’t believe it. No, no, no (he was) a wonderful actor, I made a soap opera with him called Vale Todo, and my dad, may he rest in peace, and my brother made the song”, remembered Itatí Cantoral.

It is worth mentioning that Itatí Cantoral and Diego Bertie shared the leading role in a soap opera called “Vale Todo”. The actress could not help but remember her good relationship with the singer and showered him with praise. Furthermore, she sent her condolences to her relative.

“We recorded it in Brazil (the novel), in Rio de Janeiro, We were protagonists together, a great guy, a wonderful being”, detailed. 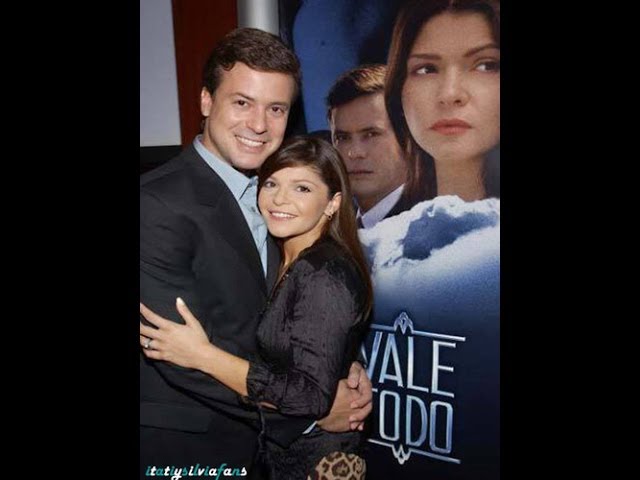 Finally, the Mexican got a little nostalgic when mentioning how many close people she has lost in recent times.

“Many very dear ones have died. We are going to miss it”, finished.

actor and singer Diego Bertie He fell from the 14th floor of a building, located in the Miraflores district, at approximately 4 am. According to Mario Casaretto, Fire Commander, the doorman of the condominium called the Emergency Department after hearing the impact.

Immediately, paramedics and firefighters approached the place to help the national artist. Diego Bertie He was found in his garage, with multiple fractures to his legs and back. He thus he was transferred to the José Casimiro Ulloa Emergency Hospital.

The Director of Communications of Hospital Casimiro Ulloa confirmed that Diego Bertie passed away at 4:28 am, at the age of 54.

Speaking to the press after Leaving the building where the 54-year-old actor lived, the prosecutor Lina Loayza Alfaro pointed out that everything indicates that it was an accident. In this way, she ruled out that signs of violence were found on the corpse of the multifaceted artist.

“The cause of death is probably polytraumatism (…) He has definitely fallen and probably (it was an accident)… the body went from the hospital to the morgue”said the prosecutor in charge of the investigations.

In one of the last interviews he gave to Infobae Peru, Diego Bertie he confessed that it was during the pandemic that music came back to him without him wanting it, but in moments of loneliness “music filled his soul”. “I didn’t choose music. Suddenly, Augusto Madueño called me, a friend, to be part of a rock tribute project, where they wanted me to do a new version of ‘What is difficult to love’.

“Singing is an action and it is a way of telling stories, expressing myself, sometimes in a series you are limited to one character. On the other hand, when you sing, you are the interpreter and you choose what to say, what to sing and tell. That is something very nice because you can give it an artistic form, through sound, video, arrangement”, pointed to Infobae.

He further emphasized that was recording an album that was going to be released in the next few months. “River three x’. This week I record vocals and I have five more songs to go. So how long it took me to mix, master and all of that will be seen on release,” he mentioned in May.

Likewise, Diego Bertie He maintained that among his action plans was the recording of a film alongside Katia Condos and another production that he left halfway through recording, since death surprised him by surprise.

“Yes, I’ve been offered to participate in a film, I haven’t read the script yet, I confess, but it’s an interesting women’s film and I’m there waiting. It will be shot between July and August. It is a Peruvian film.

Diego Bertie: international media lamented the death of the Peruvian actor
Diego Bertie’s followers hold a vigil outside his house with flowers, candles and messages
The tragic thread that united Diego Bertie and Mariana Levy, the protagonists of “Leonela, dying of love”