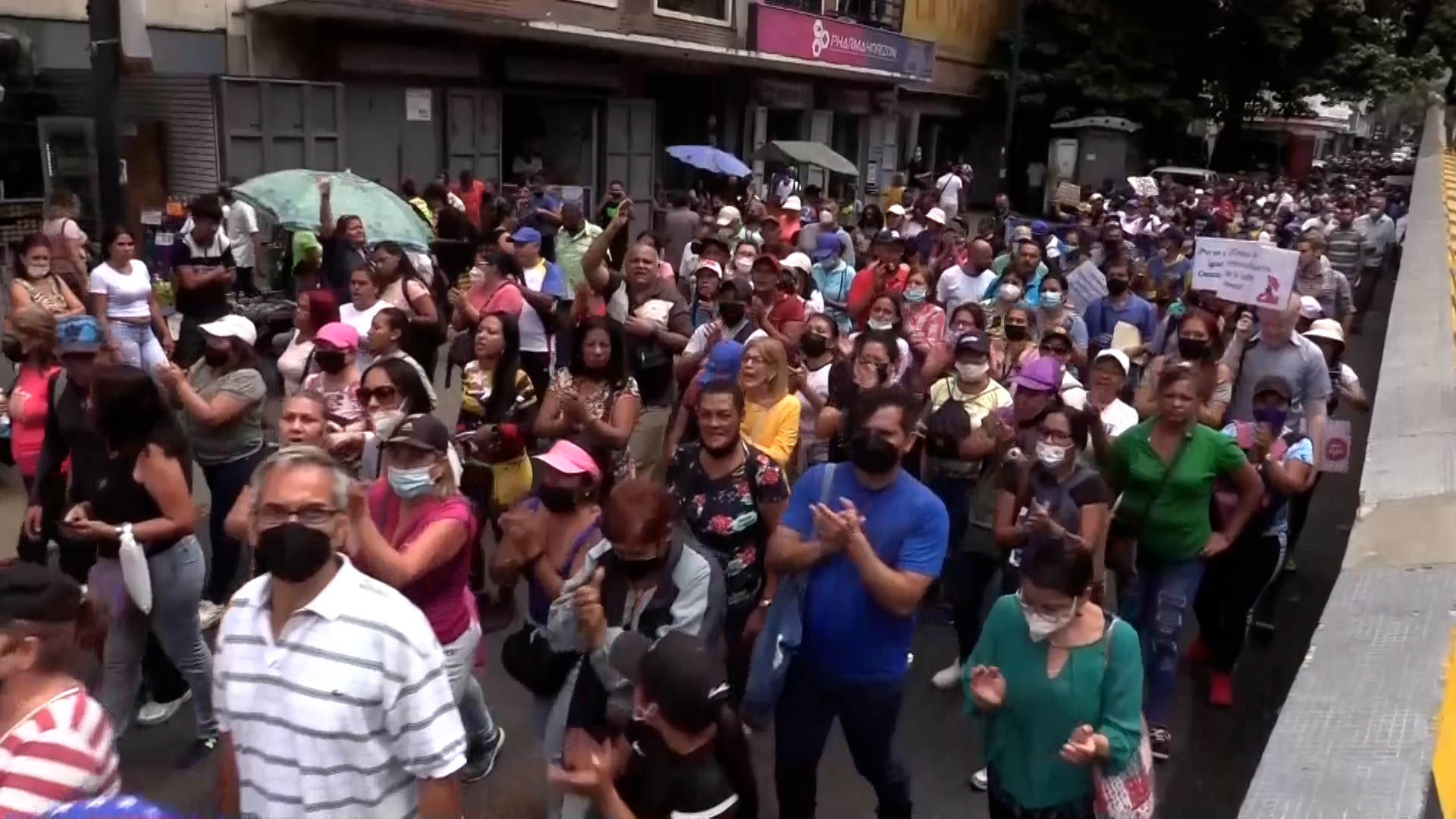 In Venezuela At least 96 protests were registered from last Monday to this Friday, Eph the NGO Venezuelan Observatory of Social Conflict (OVCS), which highlights the demonstrations carried out by workers in the education sector to demand respect and compliance with their collective bargaining.

This Friday, according to the organization’s registry, at least nine protests in the states of Yaracuy, Falcón, Portuguesa, Anzoátegui, Bolívar, Guárico, Zulia and Monagaswhere demands related to labor, housing and citizen security were made.

The coordinator of the NGO, Marco Antonio Poncesaid to Eph that in the first days there have been “close to 100 demonstrations that have to do mainly with the situation of the country’s workers”, to which, to date, he said, “the Government of Nicholas Maduro He has not given a really satisfactory answer.”

“Health workers and also retirees and pensioners have joined this sector,” he said. 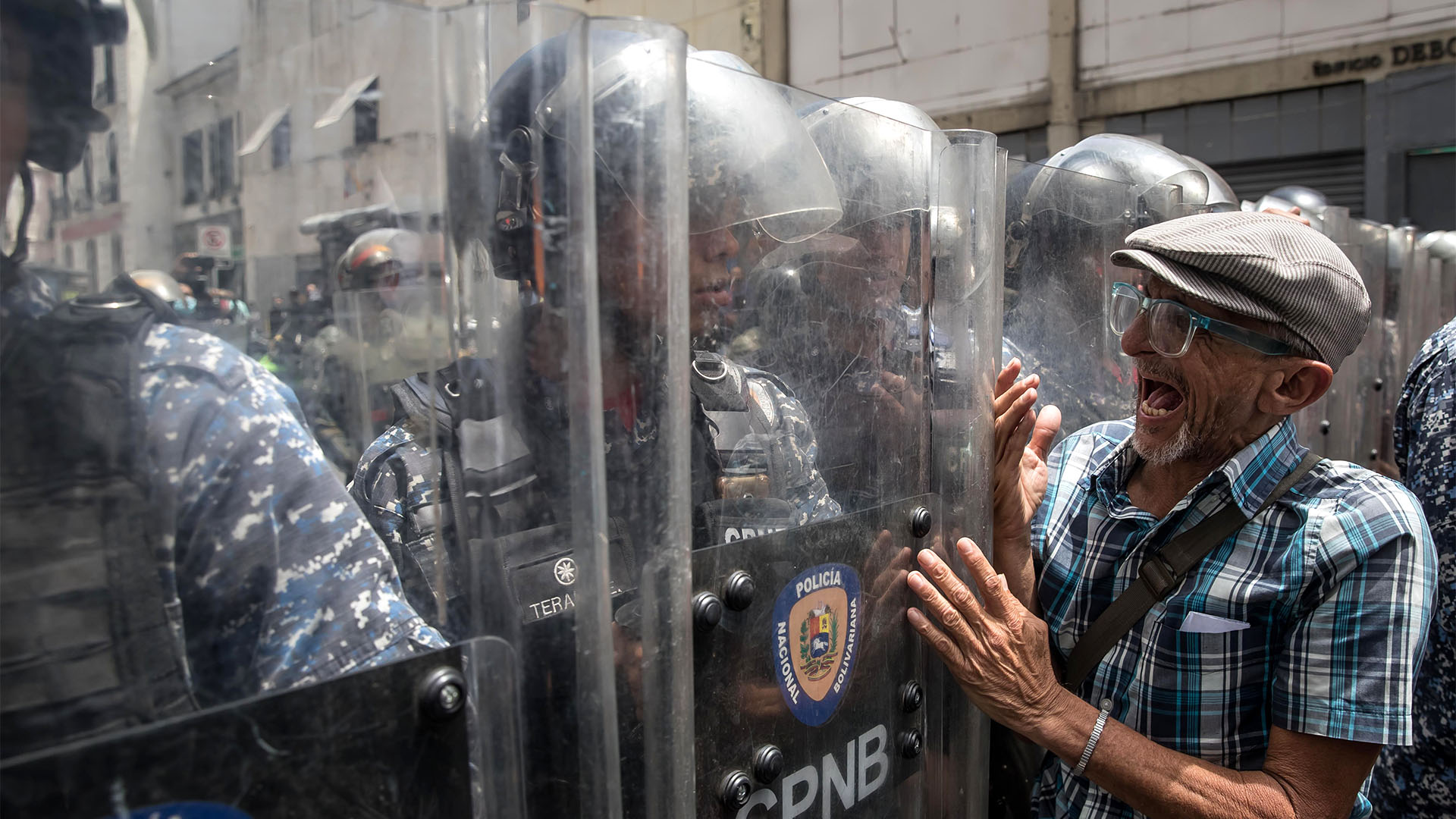 In addition to Caracas, the protests have been held in Yaracuy, Falcón, Portuguesa, Anzoátegui, Bolívar, Guárico, Zulia and Monagas.

This crisis of the workers, in his opinion, “It has a structural context and has to do, for example, with the situation of the minimum wage, which is insufficientbecause currently it is equal to 23 dollars per month”, while a family needs almost 400 dollars per month to meet their food needs.

On the other hand, Ponce assured that the “response of the security forces, on many occasions, has been the obstruction or they have tried to prevent the demonstrations”, but the “peaceful nature of the protesters has achieved” that these actions have been ” kept it that way.”

This Thursday, thousands of active and retired workers in the education sector returned to the streets to demand the restitution of salary benefits, as well as respect for their collective bargaining, in what was the fourth demonstration called by the union in the last two weeks.

The teachers of Venezuela persist in the streets with wage claims

On this occasion, a thousand citizens took to the center of Caracas in a protest that traveled at least three blocks to reach Parliament, but which had to end at the entrance of the Ministry of Higher Education, meters before, where a contingent of the security forces prevented the advance of the mobilization.

Last week, the OVCS published a report in which it indicated that in Venezuela there were 3,892 protests during the first half of the year, that is, an average of 22 daily, which represented an increase of 15% compared to the same period in 2021, when 3,393 demonstrations were documented.

Nicolás Maduro’s regime will ask Colombia for the extradition of opposition leader Julio Borges
Massive protests in Venezuela: public employees claim for the “hunger wages” of the Maduro regime
The Chavista prosecutor’s office ordered the capture of the Venezuelan journalist Carla Angola for alleged “apology for the assassination”