Abdo Benítez spoke about transnational crime with US congressmen 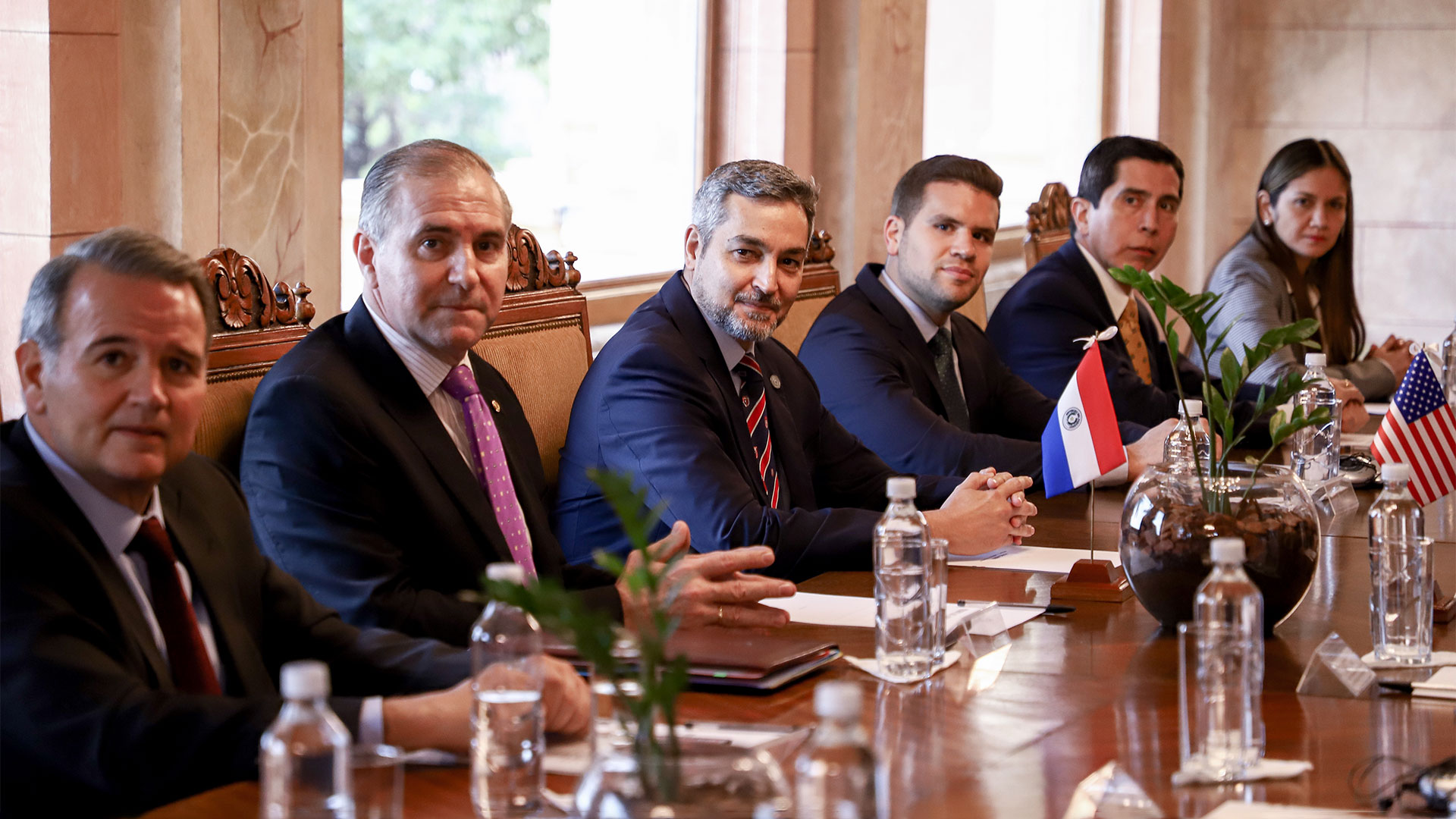 The president of Paraguay, Mario Abdo Benitezreceived last Friday with a US congressional delegation of the fight against transnational organized crime and the need to strengthen democratic institutions in both countries, said the Paraguayan foreign minister, Julio Cesar Arriola.

“A very interesting meeting, in which issues that make the strengthening of the common agenda were discussed”, the head of Paraguayan diplomacy told journalists from the Palacio de López (headquarters of the Executive), where legislators attended this day together with the US ambassador to Paraguay, Marc Ostfield.

Specifically, he mentioned that they addressed the bilateral cooperation“especially in matters of security and defense“, as well as trade, especially the possibility of exporting Paraguayan meat to the US marketa process that Arriola assured is “quite advanced”.

Abdo Benítez met with the representatives Stephanie Murphy -who heads this entourage- and Mark Greenof the House Armed Services Committee, as well as with his colleagues Kathleen Ricethe Home Security Committee, and kurt schraderof the Committee on Energy and Commerce.

About the meeting, Ostfield highlighted on his Twitter account that they visited the Paraguayan ruler to “reaffirm the US commitment to expand bilateral cooperation”. “This meeting also served to learn about the challenges and advances in security and defense issues,” added the diplomat.

The agenda also included a meeting with the minister of the National Intelligence Secretariat (SNI), Esteban Aquino, and the visit to Joint Training Center for Peacekeeping Operations (Cecopaz). 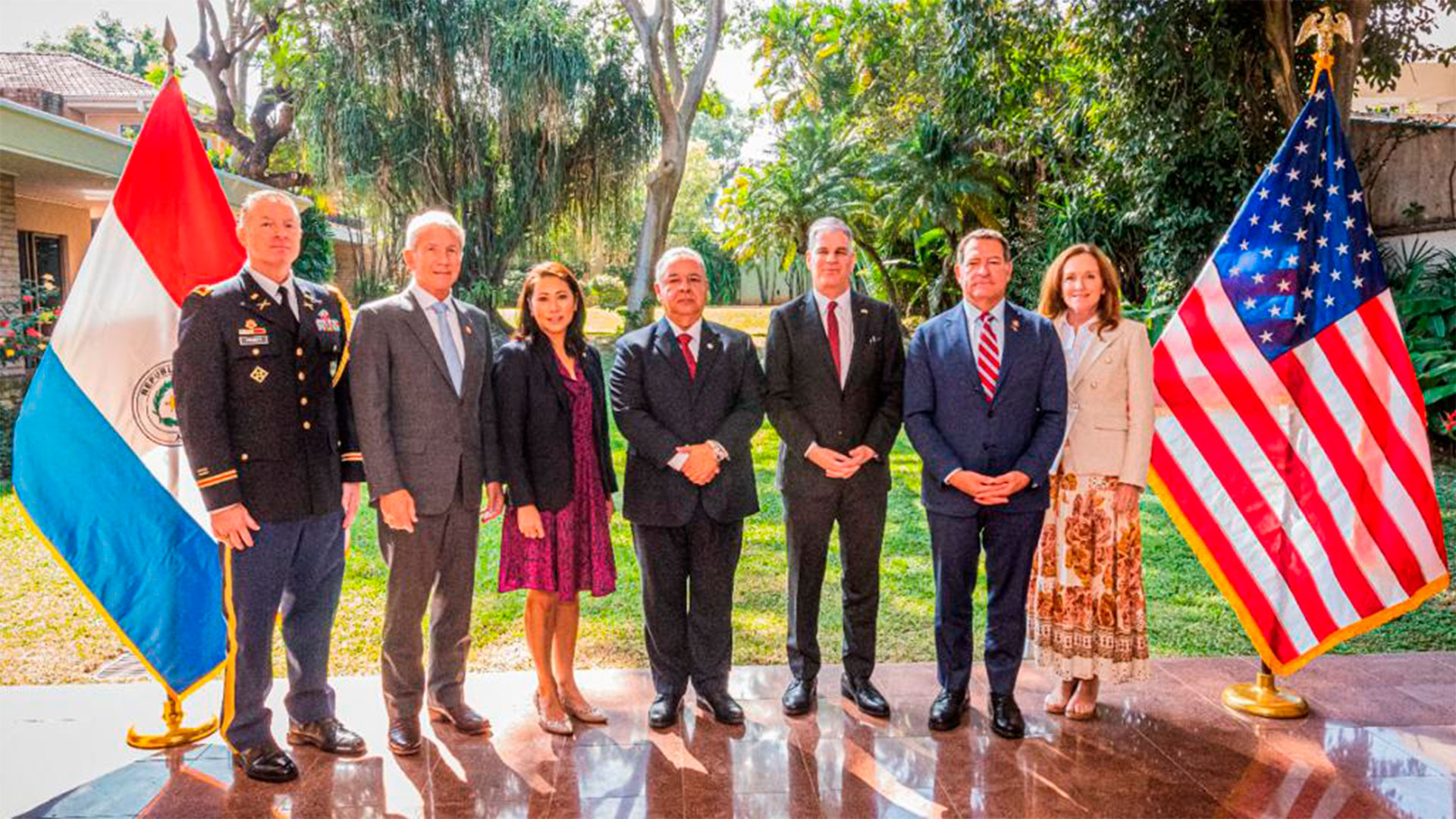 Aquino was forceful in arguing that efforts should be focused on not allowing aircraft such as Emtrasur’s, linked to organizations designated as terrorists such as the Quds Brigade, to fly over airspace in the region. 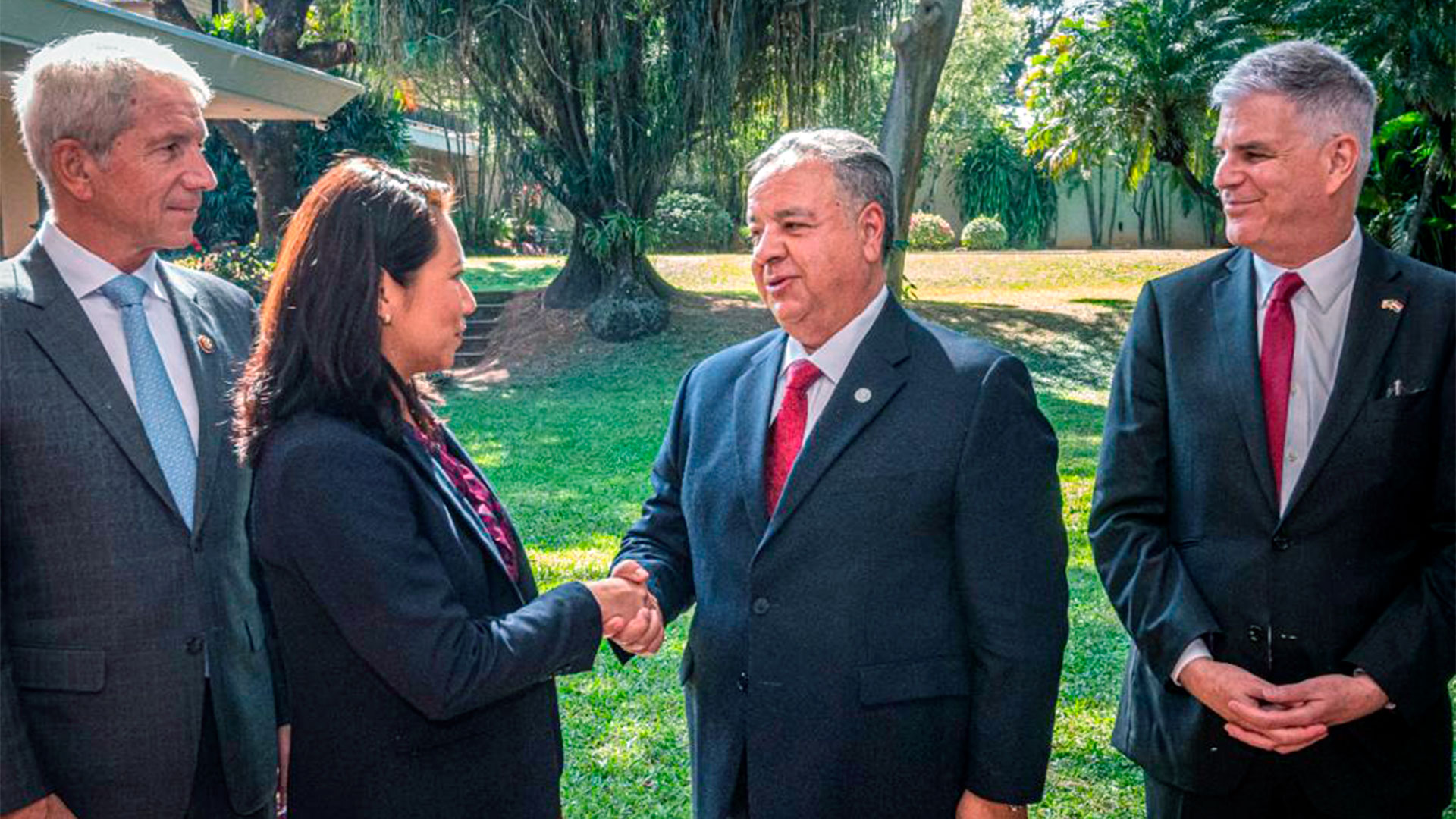 The Venezuelan-Iranian plane is still held in Argentina and the US called for it to be seized. The case generated a strong controversy in Argentina, a country that suffered two terrorist attacks in the 1990s -against the Asociación Mutual Israelita Argentina (AMIA) and against the Embassy of Israel in Buenos Aires- for which the local Justice points to Hezbollah and members of the then Iranian regime.

“We must understand that the efforts must be coincident and supportive in that sense. The common threat to our societies must find us firm in a position contrary to allowing terrorist groups and networks to try to settle in this part of the world”finally maintained the Minister of Intelligence of Paraguay.

The arrival of the congressmen to the country took place after the US Department of State vetoed the entry to its territory of former Paraguayan President Horacio Cartes on July 22, whom he pointed out of “significant acts of corruption” during his administration ( 2013-2018).

Cartes, who has denied the accusations after calling them “unfounded and unfair,” is competing with Abdo Benítez for the presidency of the ruling Colorado Party, which will hold internal elections on December 18.

The legislators arrived in the country last Thursday, confirmed the Washington embassy in Asunción, which framed the visit within a tour that took them to Brazil and will conclude in Panama.