Turtles, monkeys and capybaras: how biodiversity is affected by the petting of wild animals 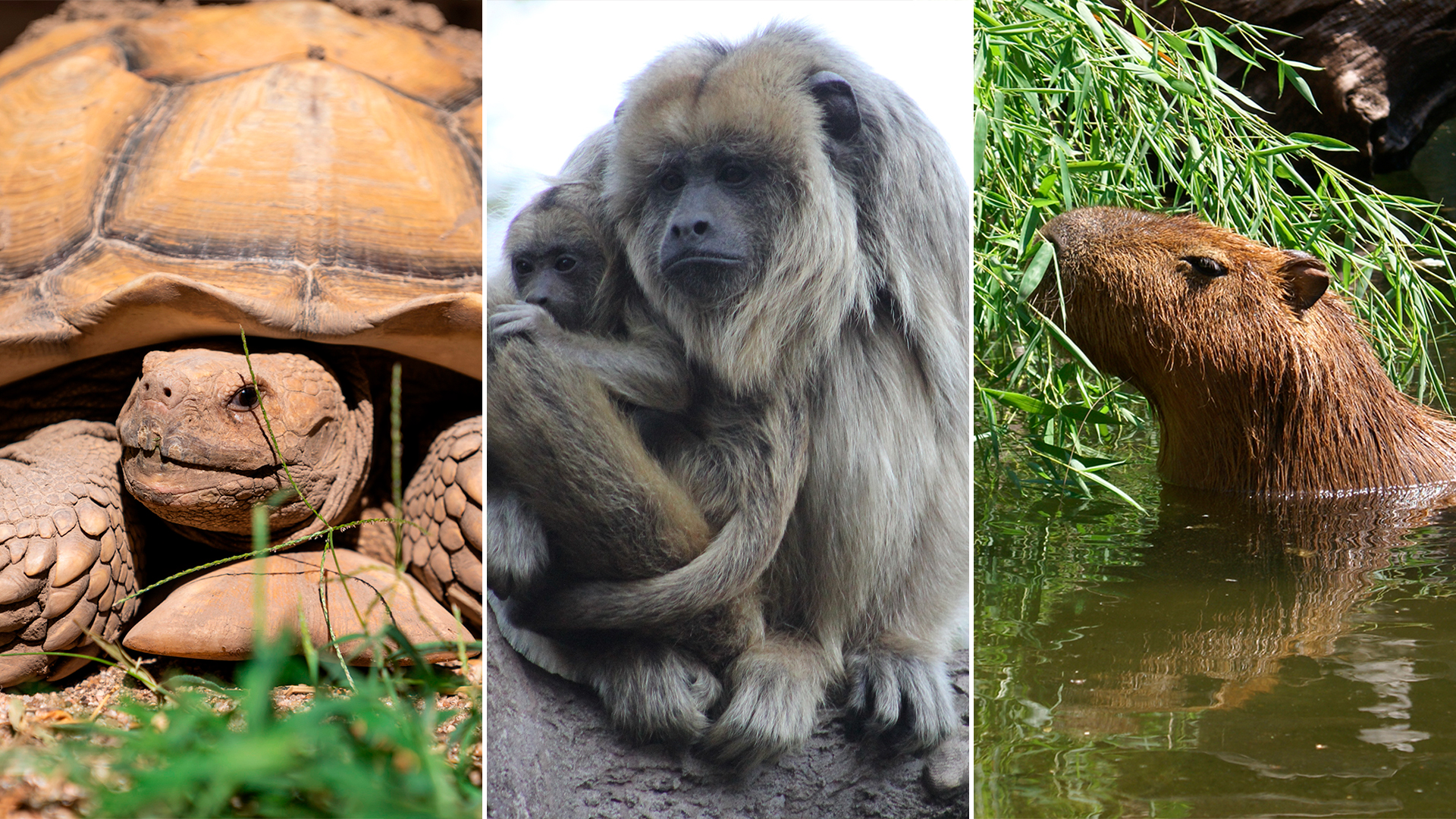 Wildlife trafficking is a crime punishable by national law 22,421 and numerous provincial and municipal laws throughout the Argentine territory.

To the capybara he seems to like having his neck scratched, he has a satisfied expression. The couple who live in the house with their dogs let the family of capybaras climb on the couch, as they visit them frequently in Entre Ríos, on the banks of a river.

It is increasingly common to see these scenes on social networks, where people live with wild animals, incorporating them into everyday life or adopting them as pets. This coexistence is the result of the expansion of urbanizations, deforestation or extension of fields destined for agriculture that make the animals go out to explore other spaces, not usual for them.

What we generally do not see on the networks is that this practice could, at some point, become conflictive and even risky for both animals and people, since in the home the appropriate conditions are not generally recreated for the way of existence of an animal and this is detrimental to its health and quality of life, also affecting the human group. And this same situation of coexistence with non-domestic animals sometimes has another more worrying origin: wildlife trafficking.

Wildlife trafficking is a crime punishable by national law 22,421 and numerous provincial and municipal laws throughout the Argentine territory. There the justice and local authorities intervene who, in the face of complaints from citizens, find wild animals in situations of abandonment, malnutrition or overcrowded, in very poor conditions. Turtles and monkeys top this list, along with different kinds of birds. 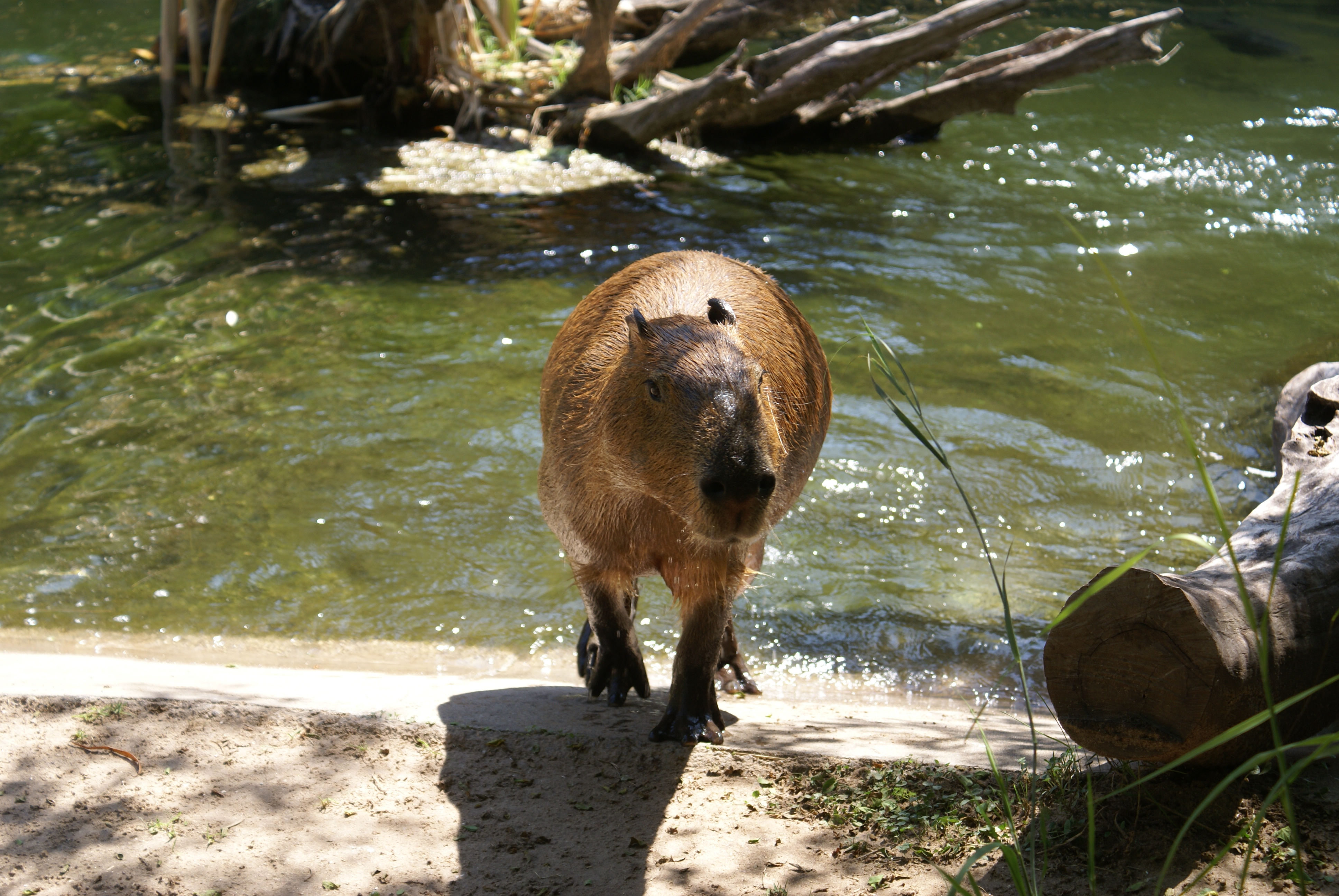 Can it go back to its natural habitat? “Living in natural habitats means having organic, physical and psychological/behavioral processes capable of facing all those challenges together in biological-environmental niches that are difficult to live, thrive and transcend”, says an expert

The “petization” of wildlife and illegal trafficking make up a circuit that feeds back, harming biodiversity and, above all, affecting animals, that after passing through a home they can no longer survive alone in their natural habitat because they get used to receiving food from the hand of man and are modifying the behaviors that allowed them to survive, such as obtaining food, seeking shelter, hunting or recognizing predators and know how to hide from them.

Many Argentine Civil Society Organizations (CSOs) act as rescue and rehabilitation centers for cases where justice intervenes, such as Fundación Temaikèn. Cristian Gillet, Responsible for Rescue and Rehabilitation of this institution, explains that “land tortoises are a group of animals highly affected by illegal wildlife trafficking in our country. They are continuously marketed and trafficked, so much so that there is permanent confusion as to whether it is a domestic animal or not. At the Foundation’s Species Recovery Center (CRET), over 20 years, we have received different tortoises that are victims of this problem and very few were able to return to their natural habitat”.

If an animal was domesticated can it return to its natural habitat? “Living in natural habitats means having organic, physical and psychological/behavioral processes capable of facing all these challenges together in biological-environmental niches that are difficult to live in, thrive in and transcend”, observes Julio Reynoso, Animal Behavior specialist in Temaikèn. Taking this definition into account, in order to rehabilitate their natural behavior and reintegrate into nature, each animal must meet a series of requirements and will not only depend on these but also on the group of professionals that accompanies them in this process of trying to return to its habitat.

“Assessing the condition of all these parameters in animals that enter our rescue center and analyzing the chances they have or not to return to a natural environment is an even greater challenge.. This will not only depend on what we see at the time of admission or in the evolution of their first days, it will depend on a succession of events generated by us that must be well assimilated so that these animals can cope with these events of new care for them. For this, a multidisciplinary body works constantly from the moment the animal enters until its subsequent recovery,” says the specialist.

Ñato, the capybara who only wanted flour 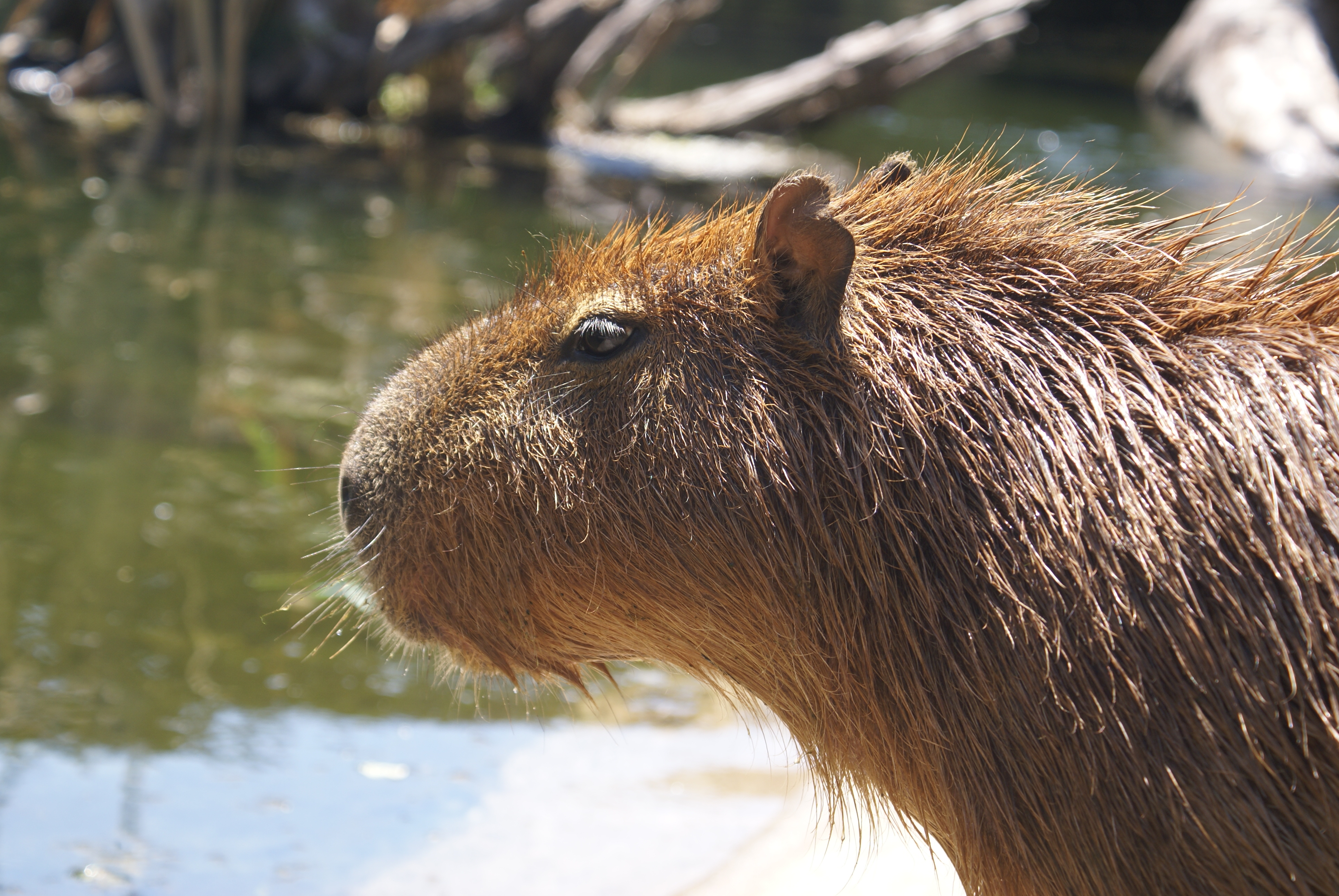 Capybaras are the largest rodents, they live in packs and their diet is herbivorous SONY DSC

In 2016, a family from Corrientes arrived in Escobar in their truck accompanied by Ñato, a capybara who was about a year old at the time. Capybaras are the largest rodents, they live in herds and their diet is herbivorous. At home, the animal had begun to exhibit behaviors typical of the species at his age, he broke many things and was growing, and the family found it difficult to live with him.

“Ñato came from Corrientes loose in the vehicle, eating cookies. It was a difficult moment to see the cry of the man and his daughter leaving him and going ”Julius recounts. This scene is very frequent in Temaikèn since many families do not know how to act in certain situations with animals that are not intended for petization. For example, When they have to show aggressiveness, capybaras use their teeth, which are very large and sharp, they have a lot of strength in their extremities and a large muscular mass that accompanies very explosive attacks.

Once the routine analyzes were carried out at the veterinary hospital, Ñato was transferred to the environment where he lives today. “It was very difficult for us to get him to consume what corresponded to his species, not having flour in between, since he was very used to eating bread. It looked like he had never seen Swiss chard or radicchio leaves. Today we can say that all this has passed and that he is consuming what his biological needs require. There is a great job of assimilation to new eating behaviors and relationships with people that favor Ñato’s life”, says Reynoso.

The African tortoise that lived in Mendoza 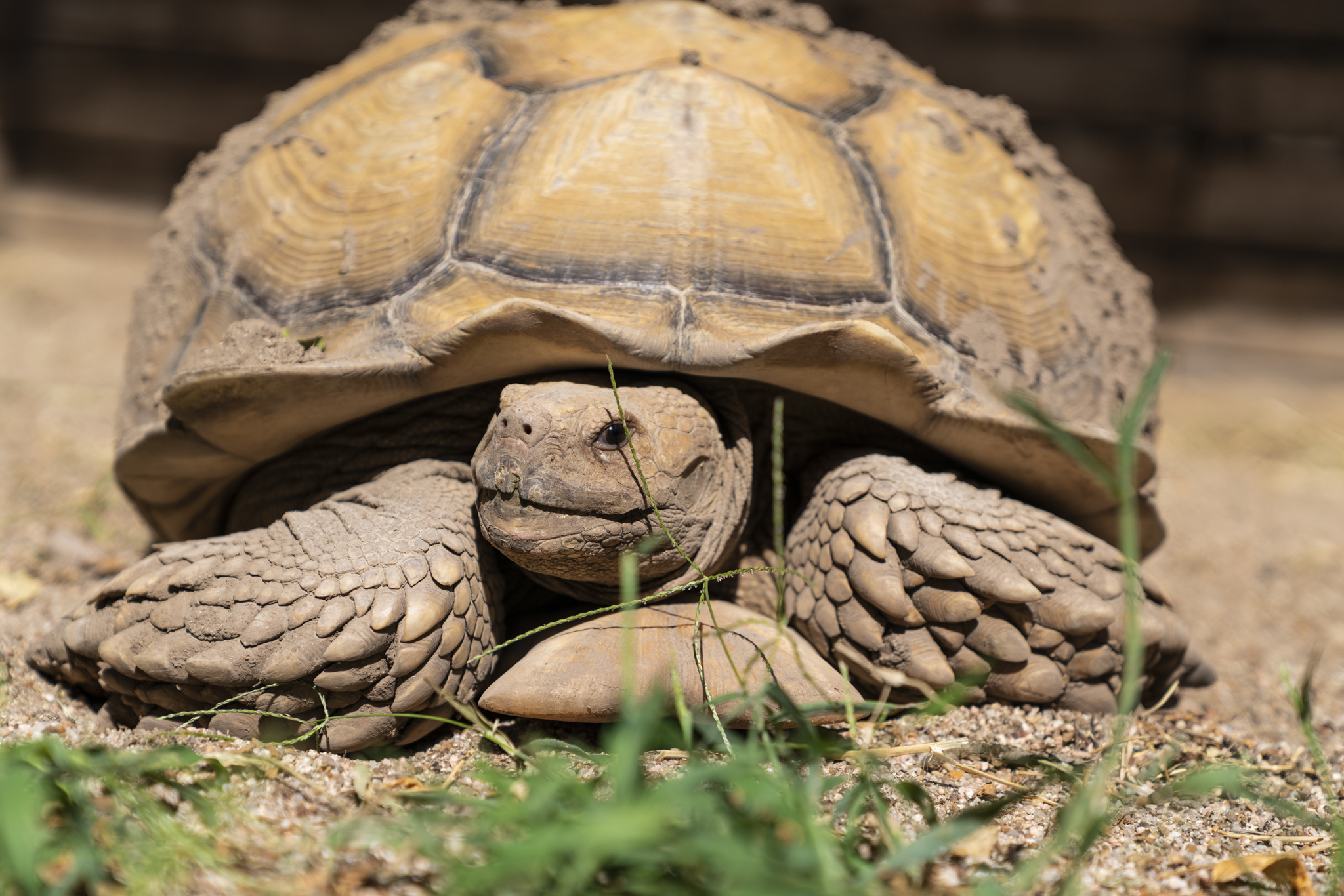 In Argentina, the trafficking of tortoises is the main one among this group of reptiles, followed by aquatic ones.

Earlier this year, many media outlets released the case of a tortoise of the species known as sulcata or spurs (Centrochelys sulcata) of 60 kilos that suddenly appeared walking down a street in the city of San Rafael in Mendoza. The animal was assisted by neighbors so that it did not suffer an accident and then a person took it to his house and no more was heard from him. In this instance, the local authorities intervened to rescue the turtle because it had been irregularly appropriated, since whoever had it could not prove a “legal” origin.

The sulcata tortoise is a species native to the African continent, so the return home was difficult and expensive in the first place. And on the other hand, this turtle had signs of being pettedwhich made it impossible for her to live alone and, given this scenario, the provincial authorities decided that her destination should be Temaikèn.

From the Foundation they say that “When it arrived, the tortoise was in the veterinary hospital pens for general observation and later, still in summer temperatures, it was transferred to the CRET to observe what it ate and what it preferred. In the fall, it was moved to the biopark in order to offer it a more suitable environment for reptiles, according to its body thermoregulation needs.” This environment is conditioned with heating, so that the African tortoises with which it lives can follow their regular habits, which in the case of this and other African species with which it lives do not include a hibernation period.

In Argentina, the trafficking of tortoises is the main one among this group of reptiles, followed by the aquatic ones. “Turtles are not pets. To reach a home they have to be intensively extracted from nature and this has a very large impact on wild populations. This is seen both in Patagonia and in the north of the country”, says Gillet.

Teach the monkey to be a monkey 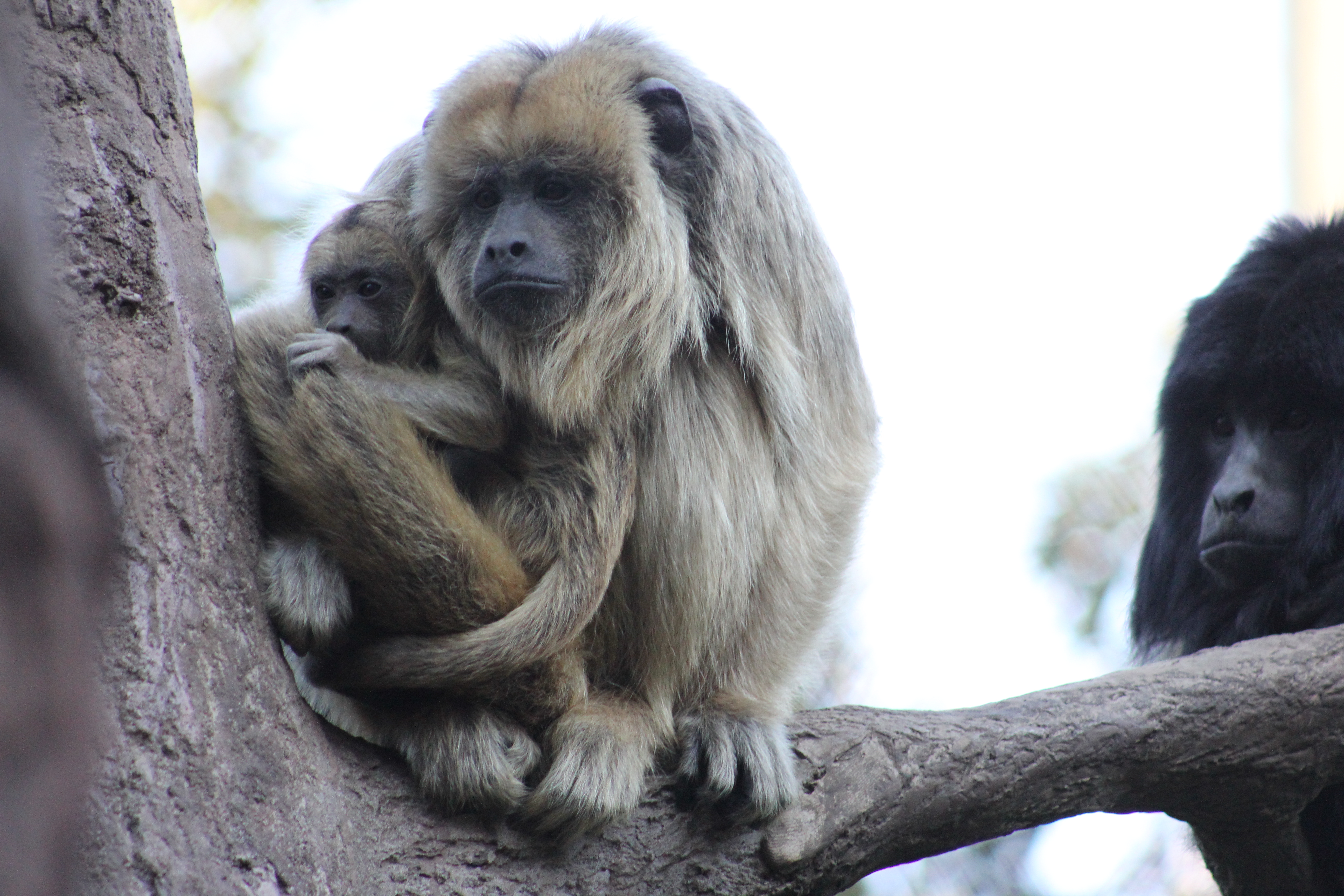 Angá is one of the carayá monkeys that can be seen in the Escobar Biopark. When she arrived she was an adult female with serious behavioral disorders. The Temaikèn keepers remember her case a lot because the animal would not stop screaming, throwing itself on the floor and biting different parts of its body.

“We do not know for sure how long he was in a domestic context, from what he showed, perhaps it was many years. She had many difficulties in reconciling her physical and psychological processes and that gives the guideline of what could have happened to her if she had been released in her natural environment in her elderly stage, ”say the specialists. With the passing of time and a lot of work by the behavioral rehabilitation team and caregivers, other favorable behaviors began to appear different from when he had arrived.“Later he was able to offer a suitable social life and he had offspring that he cared for very effectively”, they pointed out. The monkey currently lives with her daughters in the biopark.

Angá is one of the many cases that Temaikèn received through a process in which monkeys from pets, rescued from different private homes, participated. 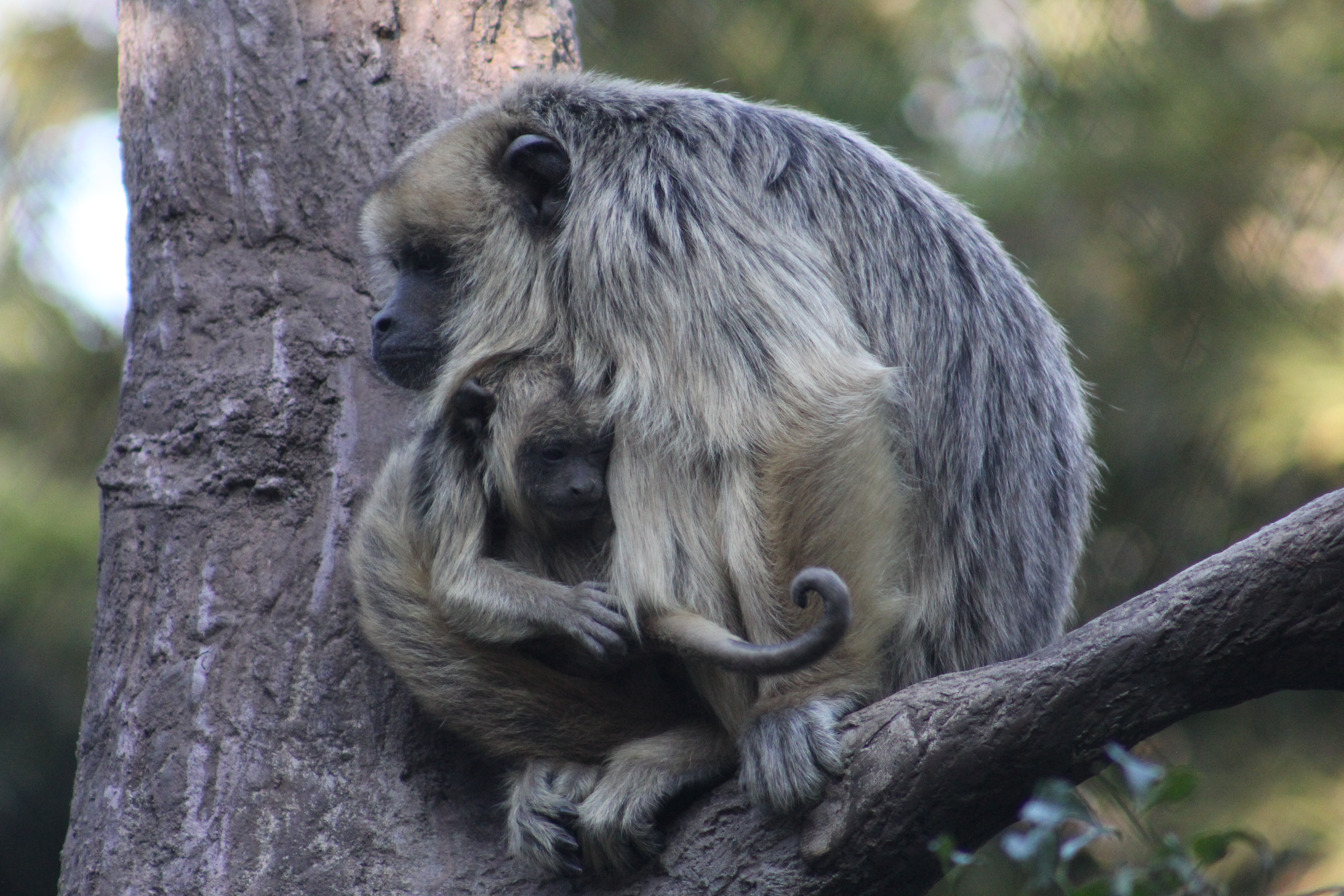 Some of the animals were used to eating noodles with sauce and not leaves, climbing “upa” of people, being on the shoulder or sharing the table

Given its diverse originkeepers and behavior experts admit that it was a great challenge to be able to respond to their needs since some of the animals were used to eating noodles with sauce and not leaves, climbing “upa” of people, being on the shoulder or sharing table. In this long process they were taught to “be monkeys again” since a large part of them had not had contact with others of their species, except at the time of birth.

These three stories summarize the impact of having a wild animal as a pet. Not only does it represent a loss for the environment, but it impacts the life of the same animal that cannot return to nature and must be taught again to be and behave like someone of its kind.

Unfortunately, many cannot return to their habitat and are destined, in the best of cases, to continue their lives in shelters, rescue centers, sanctuaries or bioparks. How to collaborate? Not taking animals out of their natural habitat and not buying wild animals, denouncing those who capture or market them and, in the case of noticing their presence due to coexistence, notify the local authorities.

What we talk about when we talk about wild animals and pets
Deforestation and petting, the main causes of the possible extinction of the Green Macaw
A black eagle victim of petism flew again after two years of rehabilitation