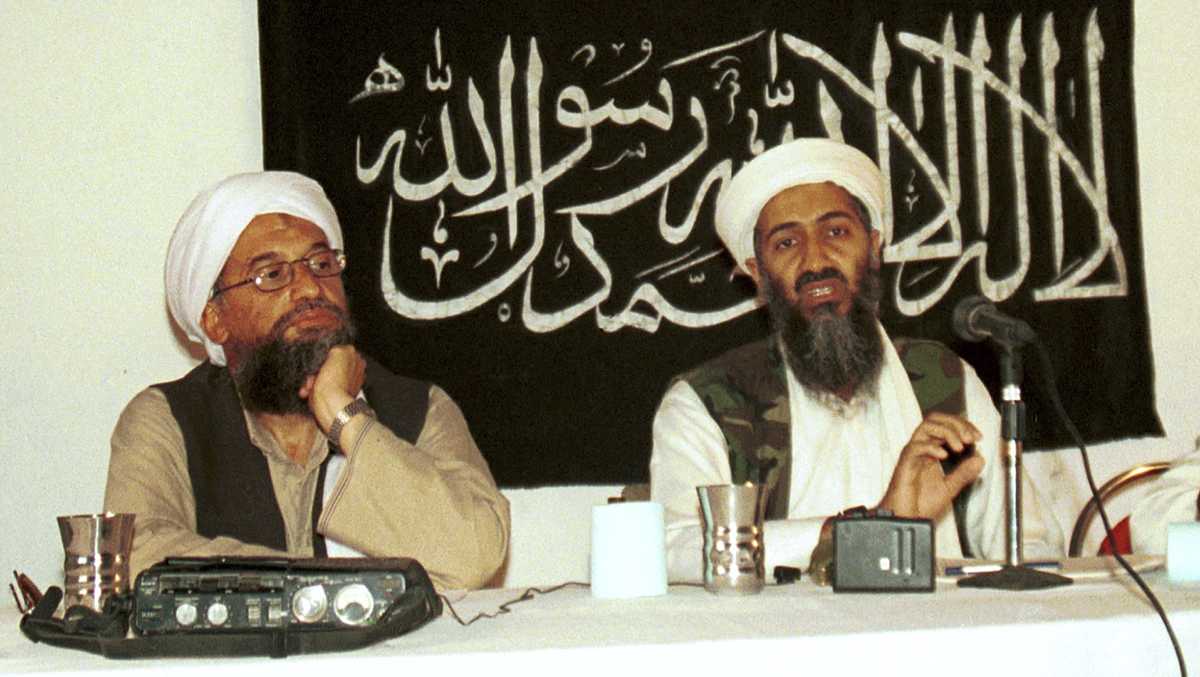 The Egyptian doctor Ayman al-Zawahiri (left), creator of the Islamic Jihad in his country, in a video he recorded in 2003 with the leader of Al Qaeda, Osama bin Laden, in his refuge in the mountains of the Hindu mountain range Kush, in Afghanistan.

Afghans call this area Choorpur, the neighborhood of thieves. It is in the geographical center of Kabul, where the embassies and official residences used to be. In recent years, diplomats have moved a few blocks further west and north and the huge mansions passed into the hands of opium dealers and Taliban officials. There, as soon as you pass the luxury supermarket, Spinney’s and the Ghazanfar bank, the three-story residence appears, guarded by walls almost as high as the house, where An American drone ended the life of the historical leader of the Al Qaeda terrorist network, the Egyptian doctor Ayman al-Zawahiri.

Shortly after the Taliban returned to power in Afghanistan in June 2021, and amid the chaos of the US troop withdrawal, Zawahiri took advantage of the situation to return to Kabul, the city where he had created the terrorist network together with the great leader Osama bin Laden. and from where they had planned the attacks on the twin towers in New York on September 11, 2001. US intelligence detected the movement and began monitoring the house. A month later they told President Joe Biden what was happening and asked for permission to attack. The new administration had been badly hit by the dishonorable withdrawal after 20 years of intervention and an attack by ISIS that had left 200 dead at the airport while the Marines tried to get their people out after the fall of the government.

Until a key fact appeared: Zawahiri would go out to the balcony of the residence almost every day and spend a few minutes contemplating the Bibi Mahro hill.. This was the opportunity for the agents to attack without “collateral damage” as President Biden had requested. This Sunday, July 28, at 6:18 a.m. in Kabul, as soon as the Egyptian doctor poked his nose out of the balcony, the drone waiting in the air positioned itself and fired the Hellfire R9X missile with a novelty, instead of carrying a warhead he deployed a propeller with six sharp points that cut everything in its path and produce an implosion at the impact site. The drone camera showed an absolute success of the mission and Biden, convalescing from Covid, was able to see it live and direct.

The intelligence agents also saw how a few minutes later he arrived at the place a Taliban commando from the Haqqani network who rescued Zawahiri’s wife and daughter, as well as their remains, and cleaned up the site. Since then, there is absolute silence around the residence. It’s known that “the Arabs” arrived at the place last year and that only the changes of guard were seen at the door. But Western intelligence services knew that with the return of the Taliban, their former protégés had returned to Kabul.

“Member States note that Al Zawahiri’s apparent increased comfort and ability to communicate has coincided with the Taliban takeover of Afghanistan and the consolidation of the power of key allies of Al Qaeda within its de facto administration”, the United Nations Analytical Support and Sanctions Monitoring Team had stated in its latest report on the situation of Al Qaeda and its rival, the Islamic State. Also, “Al Qaeda leaders reportedly play an advisory role with the Taliban, and the groups remain close.”

As early as 2020, the same group of analysts had reported that the Taliban “regularly consulted with Al Qaeda during negotiations with the United States and offered guarantees that they would respect their historical ties”. They were also known to maintain their bond on a military level. “Militians from ‘Al Qaeda in the Indian subcontinent’, Al Qaeda’s branch in South Asia, are fighting among Taliban units.” 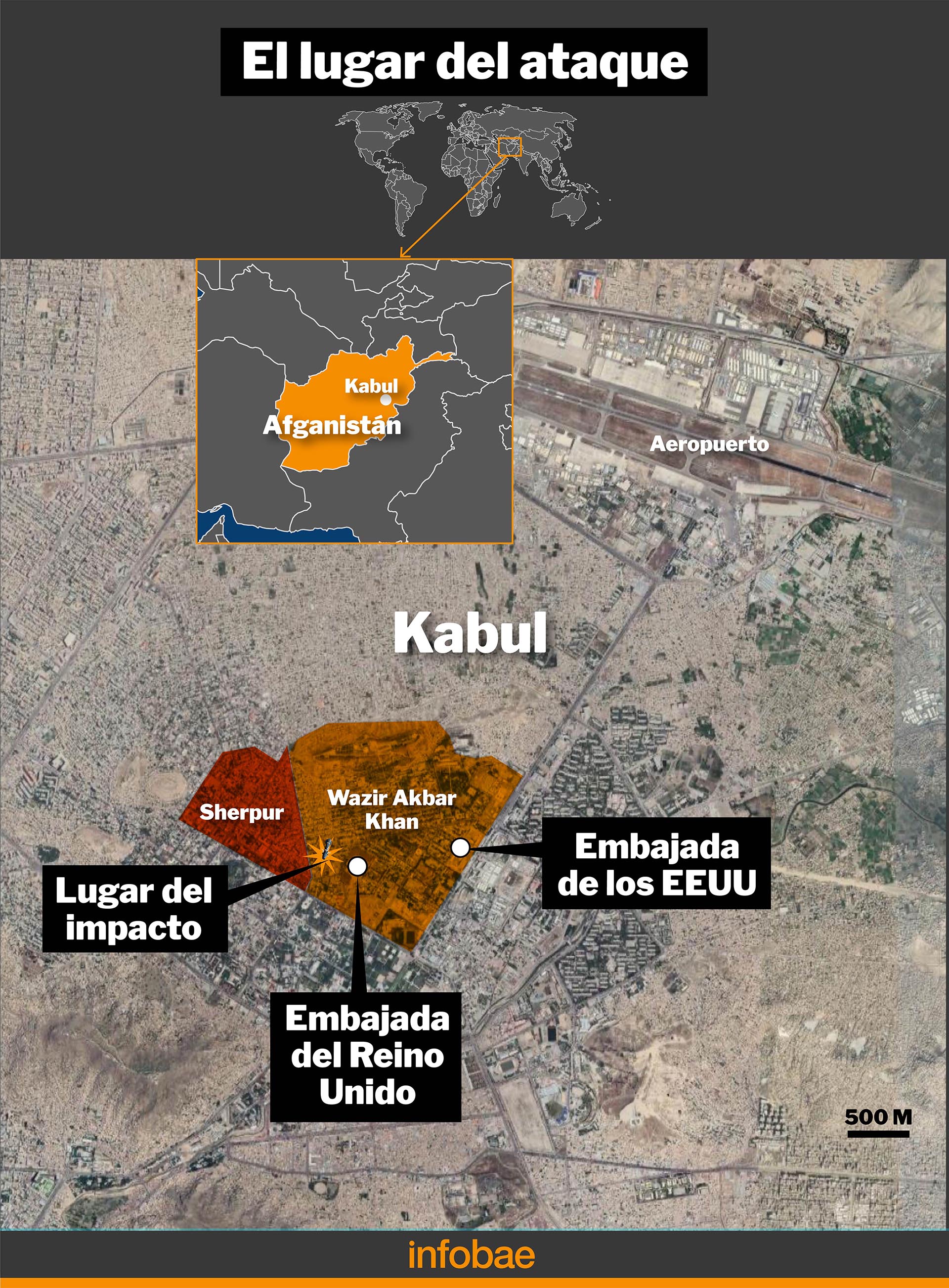 Al Qaeda’s presence in northern Afghanistan is well known. The network operates through allied Central Asian jihadist groups such as the Turkestan Islamic Party and Ansarullah. In May, Abdul Haq al Turkistani, the head of that “party” celebrated the festival of Eid al Fitr (the end of Ramadan) in Afghanistan. The US Treasury Department had already identified Turkistani as member of the central Shura or executive committee of Al Qaeda. And now he is emerging as one of those who can dispute the leadership. Though the first in the line of succession is Saif al Adel, a veteran of the network, close to Bin Laden when they were still fighting in Afghanistan against the forces of the Russian army that he had invaded the country and that he was protected in Iran for many years. is also Abdal-Rahman al-Maghrebi, Zawahiri’s son-in-law, and who has been closest to the leader in recent times. Then appear Yazid Mebrak, the emir of Al Qaeda in the Islamic Maghreb, and Ahmed Diriye, the leader of Shabaab, which is the network’s branch in East Africa.

Maghrebi, is of Moroccan origin and held various positions of responsibility in Al Qaeda. In Washington they describe him as the “long-time director” of As Sahab, the central media arm of Al Qaeda and the group’s “head of the External Communications Office,” where he “coordinates activities with affiliated militias” of Al Qaeda. Maghrebi has also been the “director general of Al Qaeda in Afghanistan and Pakistan since 2012″, a key role as top leaders take refuge in the region.

“The inclusion of Mebrak and Diriye in the chain of succession should come as no surprise,” says the Western analysts’ reserved report. “Al Qaeda began to diversify its leadership and give key roles to its offshoot leaders as the United States stepped up targeted killings in Afghanistan and Pakistan. beginning in the mid-2000s,” they report. For example, the emir of Al Qaeda in the Arabian Peninsula (AQAP), Nasir al Wuhayshi, was the network’s global director general before he was killed in a drone attack in Yemen in 2015. Nasser bin Ali al Ansi, another A key leader of AQAP, he served as deputy director general of Al Qaeda before he was killed in a US drone strike in that same country and year. And Mebrak’s predecessor, Abdelmalek Droukdel, was al Qaeda’s third chief before he was killed in a French raid on Mali in 2020. 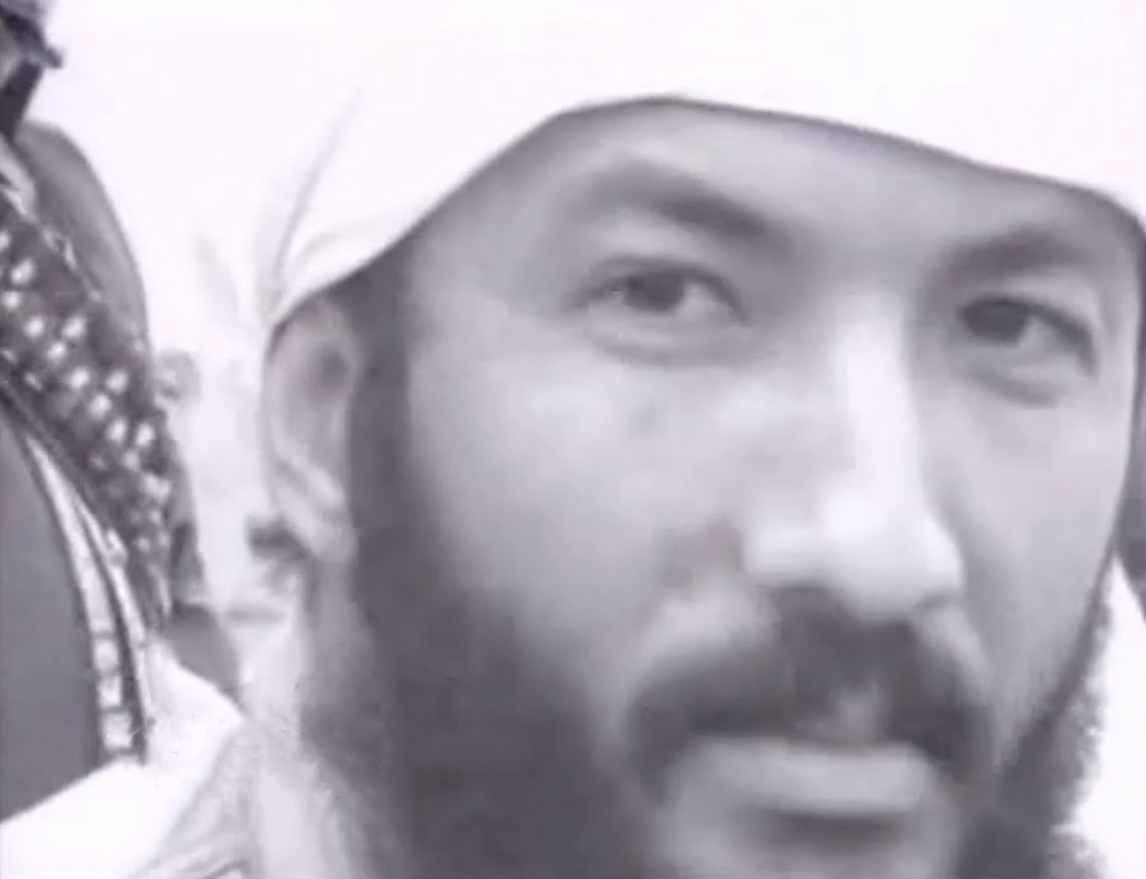 Now Zawahiri’s successor is surely already in Afghanistan with the protection of the Taliban and they probably already have training headquarters in that territory like the ones they had built between 1995 and 2001, during the previous stage of the Taliban in power in Kabul. I was able to visit one of those centers that operated in a former Russian barracks about 200 kilometers west of Kabul, among the mountains of the Hindu Kursh range. It had capacity for about 1,000 militiamen and there, in addition to military training and religious indoctrination, they had regular classes on espionage and the making of sophisticated explosives. Among the huge craters created by the bombs that had destroyed the place, one could find remains of manuals for the manufacture of bombs and instructions for piloting airplanes. The hijackers of the ships that crashed into the towers of Manhattan had trained there.

that barracks had been commanded by Saif al-Adl, the man who is now in al-Qaeda’s first line of succession and it is likely that it has already crossed from Iran to Afghanistan, where in the coming days the leadership of the terrorist network that still maintains its lethal power in much of the world will be defined.

Without soldiers in place or collateral damage: how was the meticulous US operation to bring down the terrorist leader of Al Qaeda