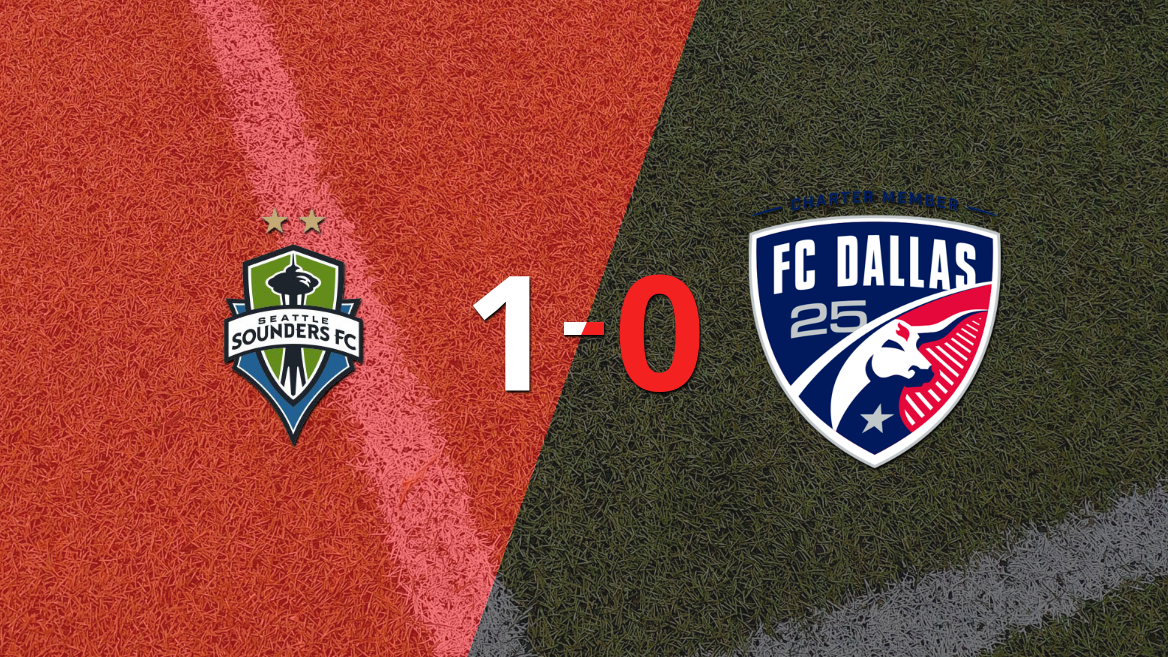 For week 23 of the United States – MLS 2022 tournament, Seattle beat FC Dallas on Tuesday by the slightest difference. The locals scored the only goal of the match 38 minutes into the first half, through Nicolás Lodeiro, from a penalty.

The figure of the meeting was Nicolás Lodeiro. The Seattle Sounders midfielder stood out against FC Dallas as he scored 1 goal and kicked 4 times on goal.

On the other hand, Nouhou Tolo was key. The Seattle Sounders defender was important because he cleared 3 dangerous balls.

With many fouls, it was an intense game with many interruptions on the pitch. There were 2 cautioned: Yeimar Gómez and Maarten Paes.

Seattle coach Brian Schmetzer set up a 4-5-1 formation on the field with Stefan Frei in goal; Alexander Roldan, Yeimar Gómez, Xavier Arreaga and Nouhou Tolo in the defensive line; Cristian Roldan, Albert Rusnák, Léo Chú, Nicolás Lodeiro and Jordan Morris in the middle; and Fredy Montero in the attack.

For their part, those led by Nicolás Estévez stood with a 3-4-3 strategy with Maarten Paes under the three sticks; Joshué Quiñónez, Nkosi Tafari Burgess and José Martínez in defense; Nanú Gomes, Edwin Cerrillo, Brandon Servania and Marco Farfan at midfield; and Jader Obrian, Franco Jara and Alan Velasco up front.

The designated referee for the match was Allen Chapman.

Seattle will visit Atlanta United on the following day, while FC Dallas will visit Portland Timbers at Providence Park.