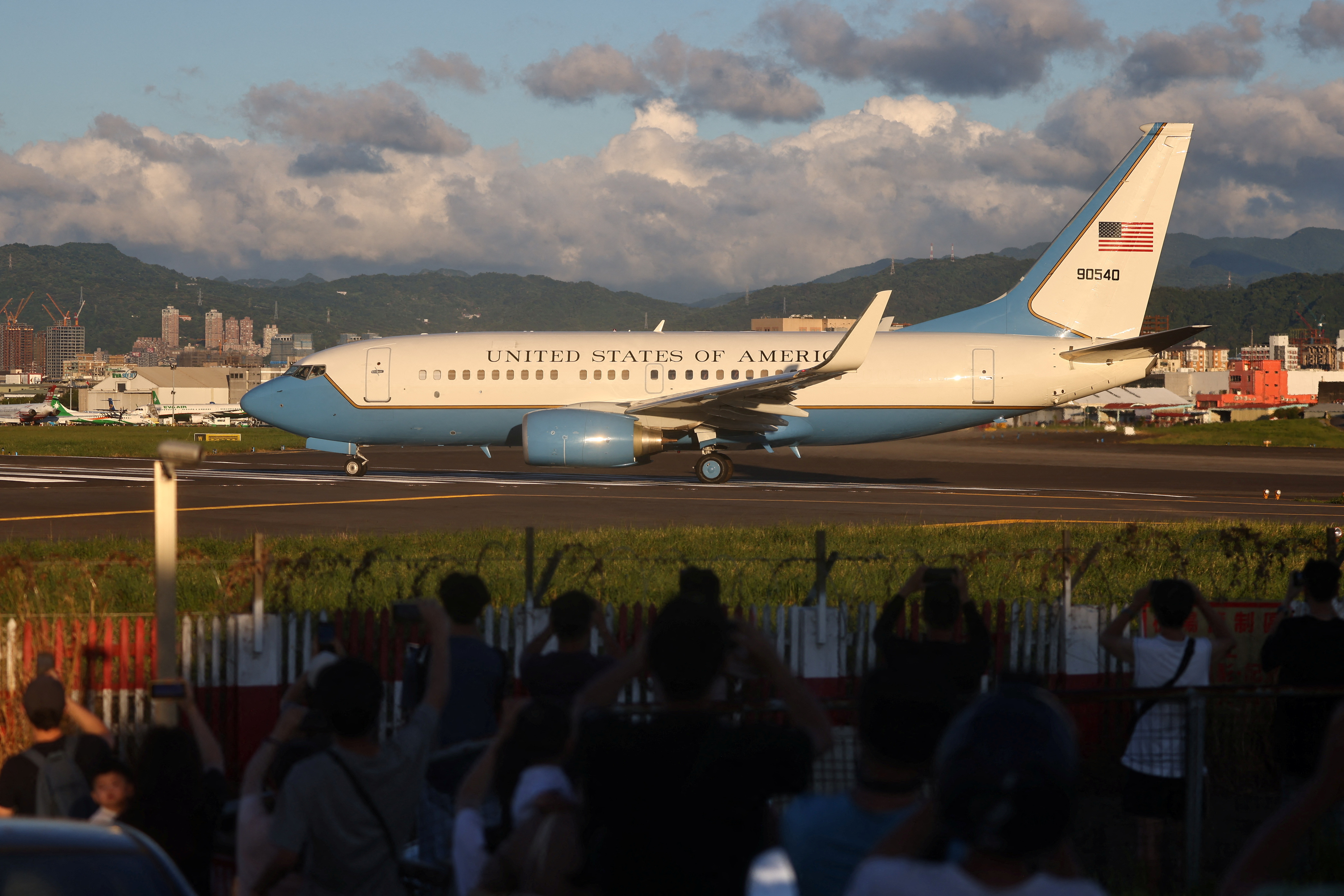 US House Speaker Nancy Pelosi departed Taiwan on Wednesday nightending a historic visit to which Beijing responded with threats and military exercises.

The 82-year-old legislator greeted dignitaries waiting at Taipei Songshan Airport before boarding a US military plane that took off at 6 pm (1000 GMT), live broadcasts showed. left for South Koreathe next stop on an Asian tour that also included Singapore, Malaysia Y Japan.

Pelosiwho spent less than 24 hours on the island, visited the Taiwanese Parliament this morning and later met with the president of the island, Tsai Ing-wenwho gave him a decoration for his “support” for the independent territory.

The Democratic politician, the first US House Speaker to visit the island in more than 25 years, He drew Beijing’s ire with the visit and sparked more than a week of debate about whether it was a good idea after the news leaked. In Taipei she remained calm but defiant.

“Today the world faces a choice between democracy and autocracy”he said in a brief speech during a meeting with Tsai Ing-wen. “America’s determination to preserve democracy, here in Taiwan and around the world, remains unwavering.”

Chinawhich claims Taiwan as its territory and opposes any engagement of Taiwanese officials with foreign governments, announced multiple military exercises around the islandparts of which will enter Taiwanese waters, and issued a series of harsh statements after the delegation landed Tuesday night in Taiwan’s capital Taipei. 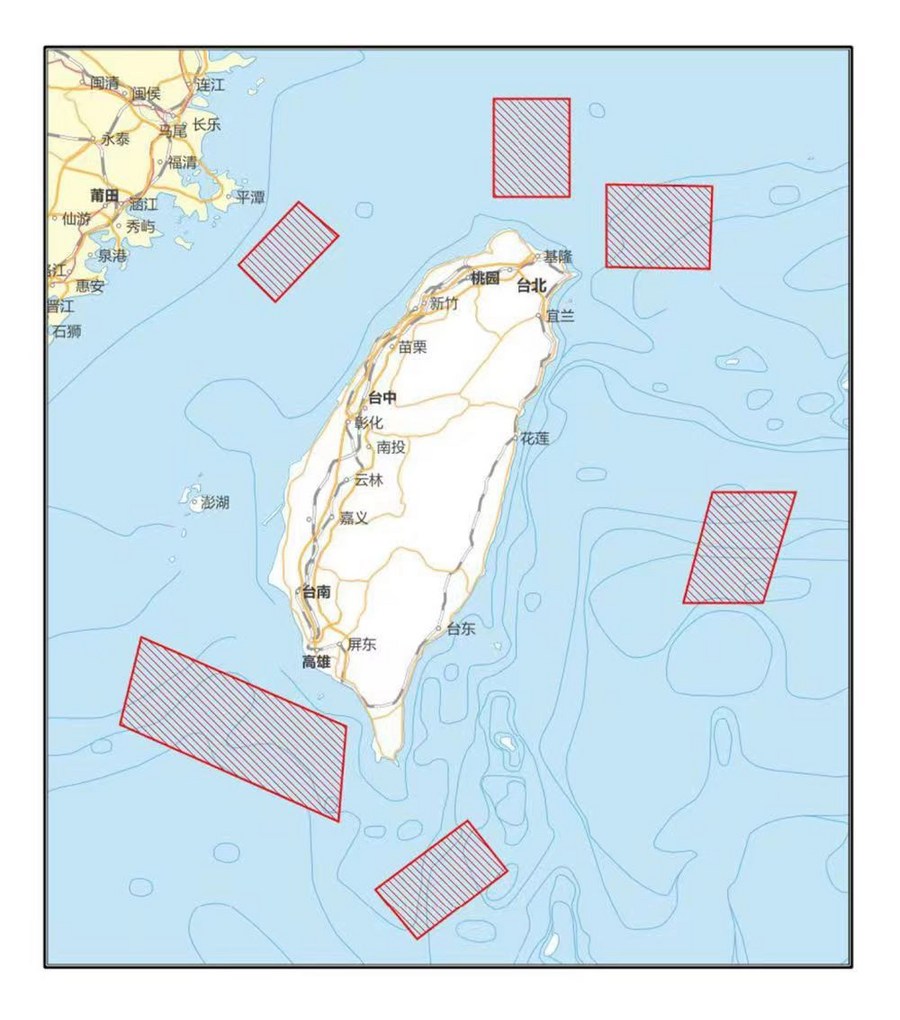 The map of the exercises published by the Xinhua agency. The Chinese army will surround Taiwan for three days

Taiwan denounced the planned actions and He said they violated the island’s sovereignty.

Chinese military exercises, including live fire, will begin Thursday and will be the largest directed at Taiwan since 1995.when China fired missiles in a large-scale exercise to show its displeasure over then-Taiwanese President Lee Teng-hui’s visit to the United States.

“Facing deliberately intensified military threats, Taiwan will not back down”Tsai said in her meeting with Pelosi. “We will firmly defend the sovereignty of our nation and continue to uphold the line of defense of democracy.”

Pelosi’s trip has raised tensions between the US and China more than visits by other members of Congress due to his high-level position as leader of the House of Representatives. She is the first House Speaker to visit Taiwan in 25 years, since Newt Gingrich in 1997. Other members of Congress, however, visited Taiwan last year.

Tsai, thanking Pelosi for her decades of support for Taiwan, presented the speaker with a civilian honor, the Order of the Auspicious Clouds.

China’s response has been noisy and has come on multiple fronts: diplomatic, economic and military.

Shortly after Pelosi touched down Tuesday night, China announced live-fire drills that reportedly started that nightas well as the four-day exercises that began on Thursday.

On Wednesday, China has also banned some imports from Taiwan, including citrus and fish.

Chinese state broadcaster CCTV posted pictures of PLA drills and videos on Wednesday, though it was unclear where they were being held.

Pelosi addressed Beijing’s threats on Wednesday morning, saying she hopes it is clear that while China has prevented Taiwan from attending certain international meetings, “They understand that they will not stand in the way of people who come to Taiwan as a show of friendship and support.”

He noted that support for Taiwan is bipartisan in Congress and praised the island’s democracy. He stopped short of saying that the US would defend Taiwan militarily, and he stressed that Congress is “committed to Taiwan’s security, so that Taiwan can defend itself most effectively.”

His approach has always been the same, he said, from his 1991 visit to Beijing’s Tiananmen Square, when she and other lawmakers unfurled a small banner in support of democracy two years after a bloody military crackdown on protesters in the square. That visit also touched on human rights and what she called dangerous technology transfers to “rogue countries.”

Pelosi visited a human rights museum in Taipei that details the history of the island’s martial law era. and met with some of Taiwan’s most prominent human rights activists, including an exiled former bookseller from Hong Kong who was detained by Chinese authorities, Lam Wing-kee.

Pelosi, who led the trip with five other members of Congress, also met with representatives of the Taiwan legislature.

“The visit of the president to Taiwan with the delegation, without fear, is the strongest defense of the defense of human rights and the consolidation of the values ​​of democracy and freedom”said Tsai Chi-chang, vice president of the Taiwanese legislature, by way of welcome.

The US President’s Administration, Joe Biden has tried to tone down the volume of the visit, insisting there is no change in the “one China policy.” long-standing US government, which recognizes Beijing but allows informal relations and defense ties with Taipei.

Pelosi said her delegation has “weight,” including Gregory Meeks, chairman of the House Foreign Affairs Committee, and Raja Krishnamoorthi of the House Intelligence Committee. Representatives Andy Kim and Mark Takano are also in the delegation.

He also mentioned the representative Suzan DelBenewho Pelosi said was instrumental in passing a bill for $280 billion earmarked to boost American manufacturing and research into semiconductor chipsan industry that dominates Taiwan and is vital to modern electronics.

After the arrival of Nancy Pelosi, China will blockade Taiwan for three days with military exercises with live ammunition
Taiwan showed for the first time the images of a powerful underground military structure built to combat armed attacks
Nancy Pelosi met with the president of Taiwan: “The US will not abandon them”