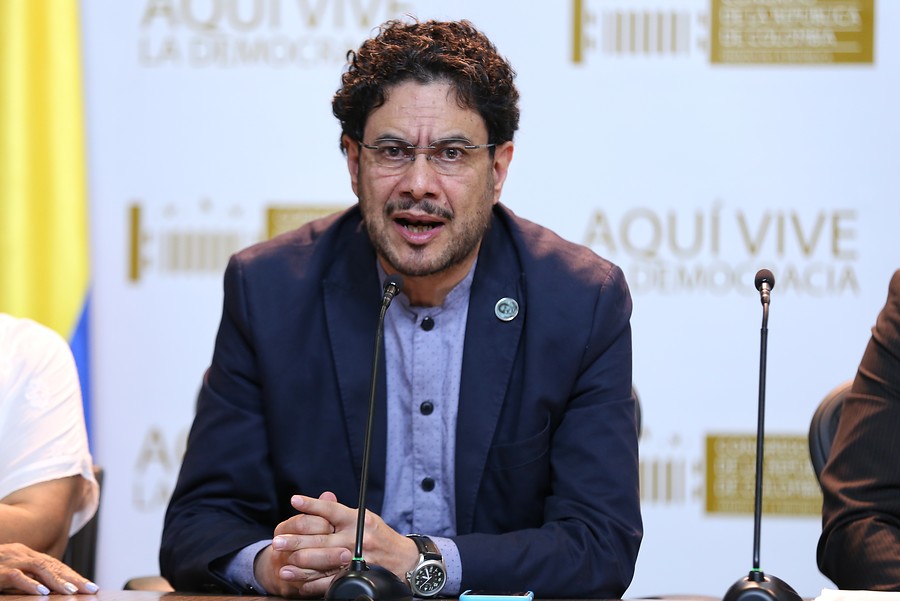 Iván Cepeda is elected as the new president of the Senate Peace and Post-Conflict Commission. PHOTO: Colprensa

During this Tuesday, August 2, the plenary session of the Senate was held in which the resolution that gave rise to the Peace and Post-Conflict Commission. He also held the vote to elect both the president and the vice president of this section, in which they were chosen Ivan Cepeda and Ariel Ávila, respectively.

After knowing the decision, the senator of the Historical Pact indicated that the designation “I am honored and committed to working for the policy of total peace of the government of Gustavo Petro”adding that from this commission he hopes that the reactivation of the dialogues of the incoming government with the National Liberation Army, ELN, will be promoted.

Through your account Twitter, the congressman explained that this commission will be made up of 38 senators and senators and applauded his election, as well as Ávila’s as team leaders. In turn, he stated that with this new area of ​​the upper house, he hopes that as soon as possible “Dialogue and negotiation processes are produced that lead to putting an end to all expressions of violence and armed conflict” living in the country with other illegal groups such as the Clan del Golfo and other local and paramilitary gangs.

The Senate has just approved the resolution that creates the Peace Commission. It is made up of 38 senators and senators. The senator @ArielAnaliza was appointed as its vice president and I as its president. We are honored by that designation and we are committed to working to make Total Peace a reality. pic.twitter.com/q6l7vhzznx

In total there are nine members of the Historical Pact within this section, while only four senators are part of the Democratic Center: Alirio Barrera, María Fernanda Cabal, Miguel Uribe Turbay and Paloma Valencia. Another name that stands out is that of the former presidential candidate Rodolfo Hernandezwho occupied box 17 in the election of the president and vice president of this section of peace.

You may be interested in: Putumayo indigenous community denounces illegal forced eradication by the National Army

For the Conservative Party were Germán Blanco, Liliana Bevanides, Nicolás Albeiro Echeverry, Oscar Mauricio Giraldo; and for the Liberal they were chosen Fabio Amín, Karina Espinosa, Juan Diego Echavarría and Alejandro Chacón. The senators of Cambio Radical who are also part of this section are Jorge Benedetti, Ana María Castañeda and David Luna.

There will be only one representative for the League of Anticorruption Governors and that will be Rodolfo Hernández, who was recently chosen as president of the Anticorruption Commission despite being investigated for the Vitalologic case. In fact, senators like Gustavo Bolívar questioned this decision.

“To preside over such an important commission, one must have credibility, coherence and moral authority, and it honestly does not seem to me that a person who has a pending trial for corruption is the moral reference to head this commission”, expressed the senator of the Historic Pact on July 28.

Finally, Senator Cepeda indicated that as president of this commission he will work “so that more social leaders do not die as a result of criminal actions, human rights defenders, ex-combatants or agents of the public force”.

Putumayo indigenous community denounces illegal forced eradication by the National Army
Extermination of the Patriotic Union: the Colombian state was “inefficient” in investigating, says the IACHR
Gustavo Petro wants to leave a pocket comptroller, denounced Congresswoman Jennifer Pedraza for the possible inclusion of Julio César Cárdenas in the list