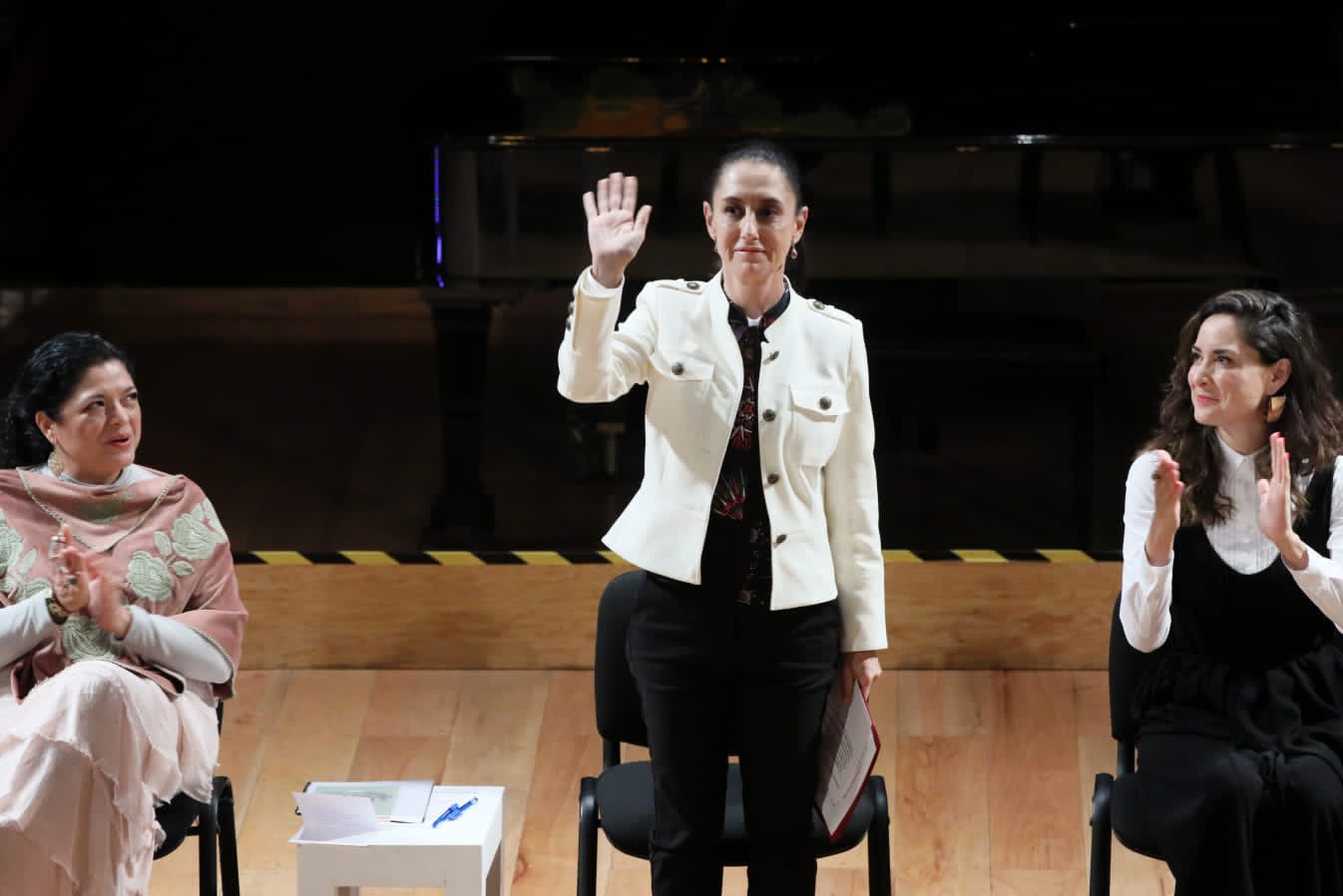 The Head of Government, Claudia Sheinbaum Pardoinaugurated the International Forum “City, Culture and Territory”, in the Simón Bolívar amphitheater of the Old College of San Ildefonso. This activity was carried out within the framework of the World Conference of the UNESCO on cultural policies and development.

He argued that after 30 years of neoliberalism, inequalities must be reduced through investments, that is, projects that had not previously been supported, such is the case of the International Forum “City, Culture and Territory.” 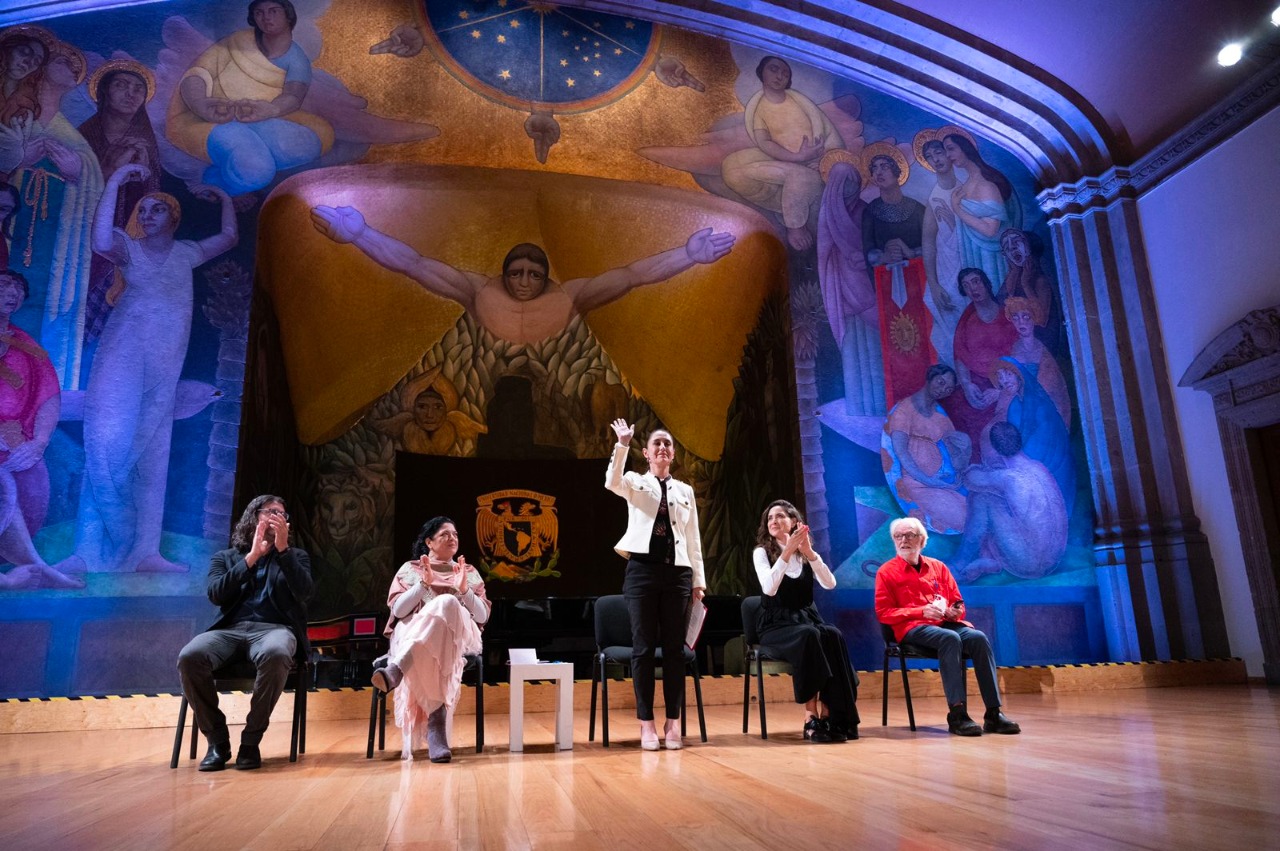 The Forum was attended by Professor David Harley (Photo: Secretary of Culture.)

For his part, the professor of the University of the City of New York, David harleyone of the most important social theorists was the one who accompanied the president of the capital as part of the Forum, as well as Jordi Baltà, Patricia Ramírez Kuri, Ana Rodríguez, Gina Ruíz Rojas and Adriana Marceli.

Likewise, Harley expressed that Mexico City has reason to be optimistic, since other countries are in a different position and that it is willing to contribute to facing these challenges.

Similarly, the Secretary of Culture of the CDMX, Claudia Curiel de Icaza mentioned that the Forum will address the problems and priorities of the Cultural Policies for Sustainable Development MONDIACULT 2022.

40 years ago a similar event had been held in Mexico City (Photo: Secretary of Culture.)

It was in 1982 when in the Mexico City there was a conference of this type, and 40 years later, the capital was once again a place for the important event to take place.

Similarly, the Secretary of Culture of the Government of CDMX, Alexandra Fraustohighlighted his gratitude and wished success to the event.

Claudia Sheinbaum at the Forum (Photo: Secretary of Culture.)

“Culture is the heart of societies, through the cultures and cultural diversity of humanity, we can recognize in our difference the way to make peace, the way to unite through dialogue, respect and peaceful recognition. of the other from the most different that it is. It gives us the possibility of building a fairer, more harmonious society”, he added.

Carlos TejadaUNESCO national official in Mexico said that culture can be a way to improve public space and gave the example of the murals that decorate the Cablebus Line 2. 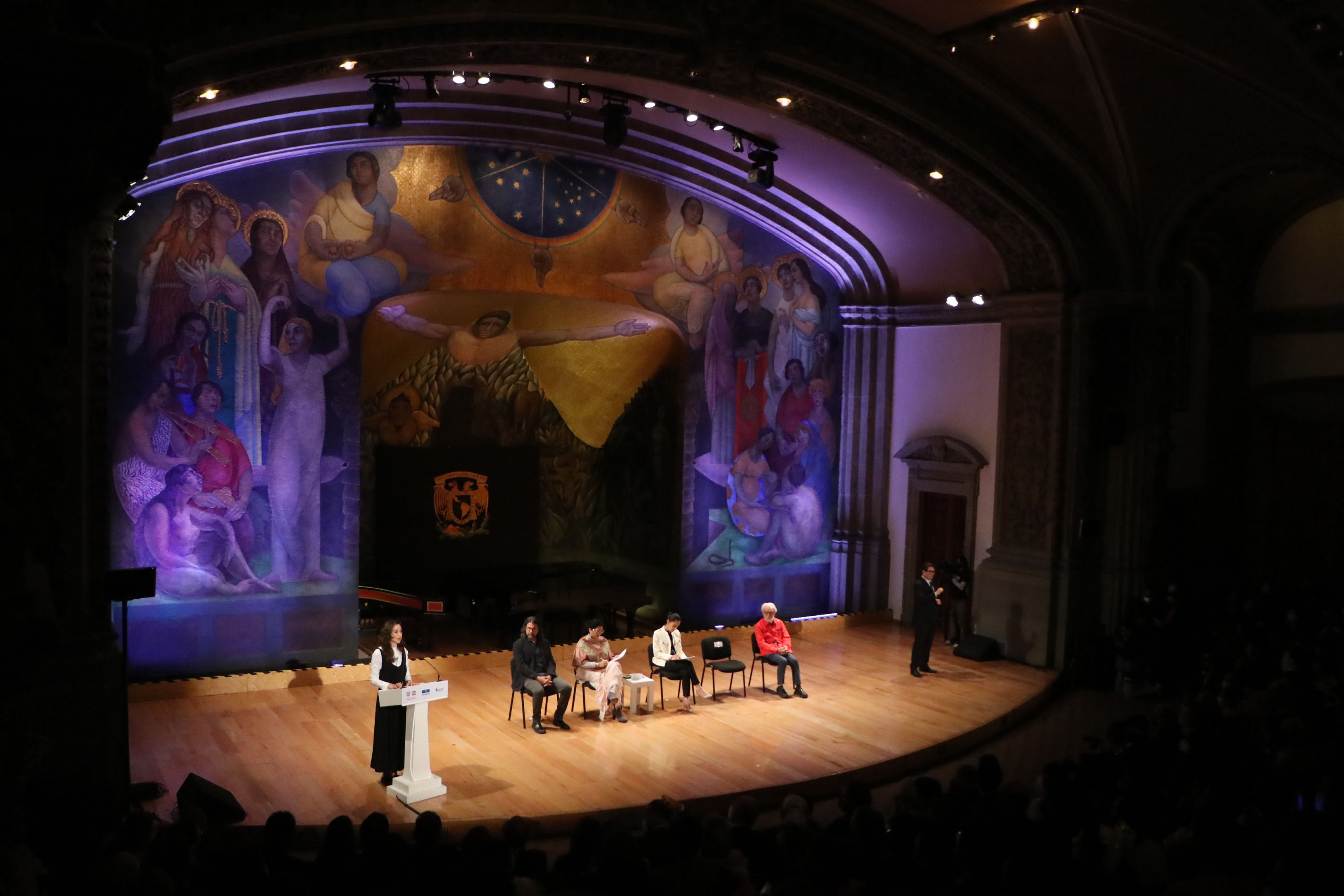 The MONDIACULT will begin on September 28 (Photo: Secretary of Culture.)

the event of MONDIACULT will be from September 28 to 30 at the Chapultepec Forest. It will be attended by 190 ministers from around the world so that a final agreement can be reached regarding the promotion of cultural diversity and that it be recognized as the greatest human wealth.

It is sought that through the same culture harmony and peace can be built, that with this cultural rights and creative freedom are guaranteed, in addition to the economies that come from it being put in defense of heritage.

“Everything goes wrong”: Sandra Cuevas threw Claudia Sheinbaum for alleged montage
“There is a deep crisis in Morena”: Monreal accused followers of Sheinbaum
“It is already giving results”: Sheinbaum assured that the Women SOS Line is working