The 4 challenges that Massa will face at the beginning of his administration: inflation, debt in pesos, IMF review and international tour 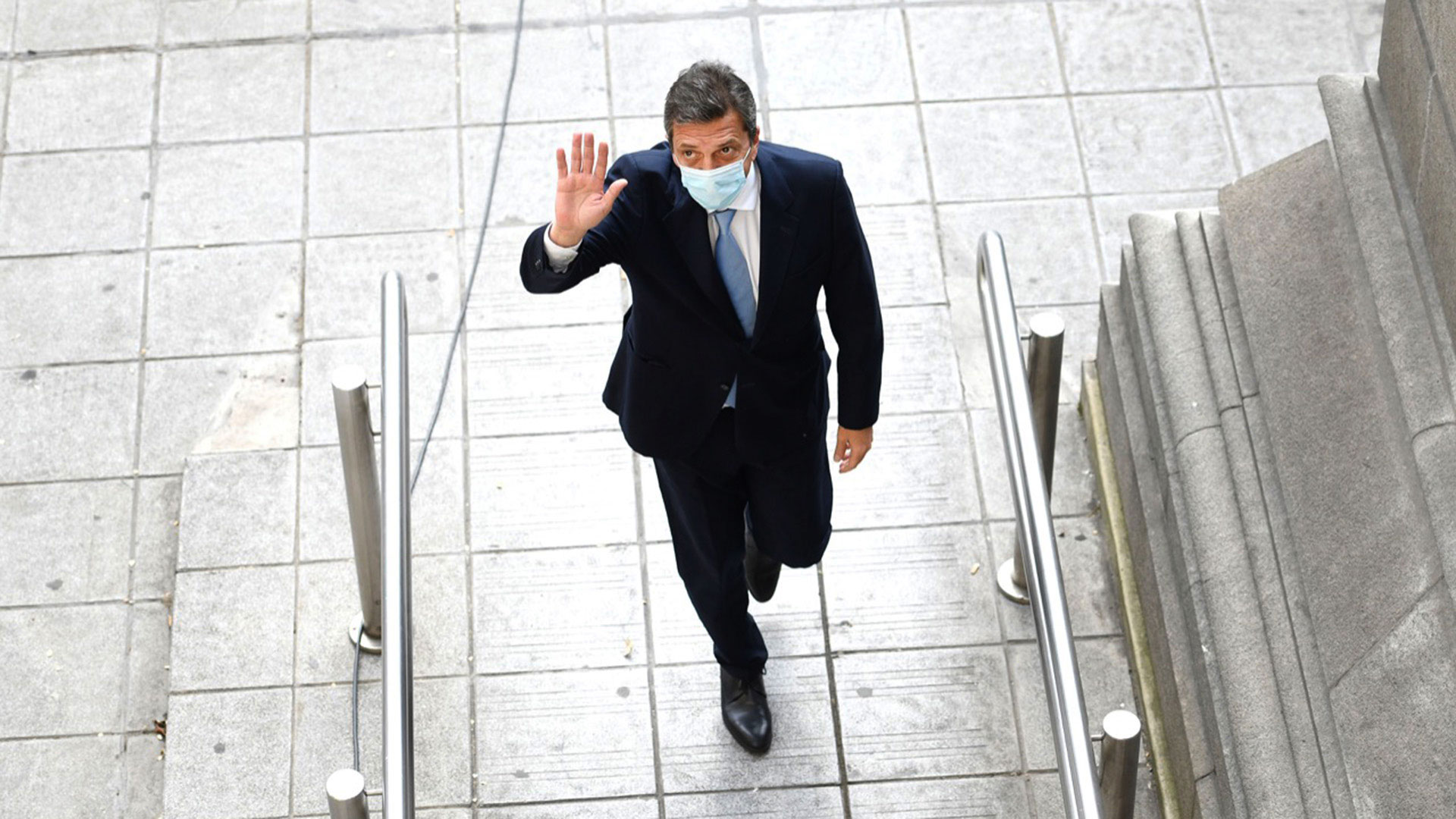 In the next few hours, the new Economy Minister will announce his first steps and urgent challenges appear on the agenda

The new economy minister Serge Massa will face urgent challenges. Before arriving at the Palacio de Hacienda, he already let it be known what his first steps will be at the helm of the economic policy of the government of Alberto Fernandez. On that closer horizon appear as more pressing fronts the debt in pesos, the relationship with the IMF, inflation, and the pending renegotiation with the Paris Club.

Massa will cease to be a member of the Chamber of Deputies this Tuesday and thus begin the formal process of disembarking in the Ministry of Economy, which from now on will concentrate some key secretariats that previously formed part of Productive Development and the Ministry of Agriculture. The tigrense will concentrate the economic button panel of the Front of All in almost all its variables.

In the last few hours, the transition between the old and the new authorities in the Palacio de Hacienda began, albeit slowly. Silvina Batakis and the rest of the team, for now, continued in their offices at the ministry’s headquarters in contact with the officials who will replace them. The same was done by Daniel Scioli and the secretaries of the productive portfolio, offices that will also have new faces. 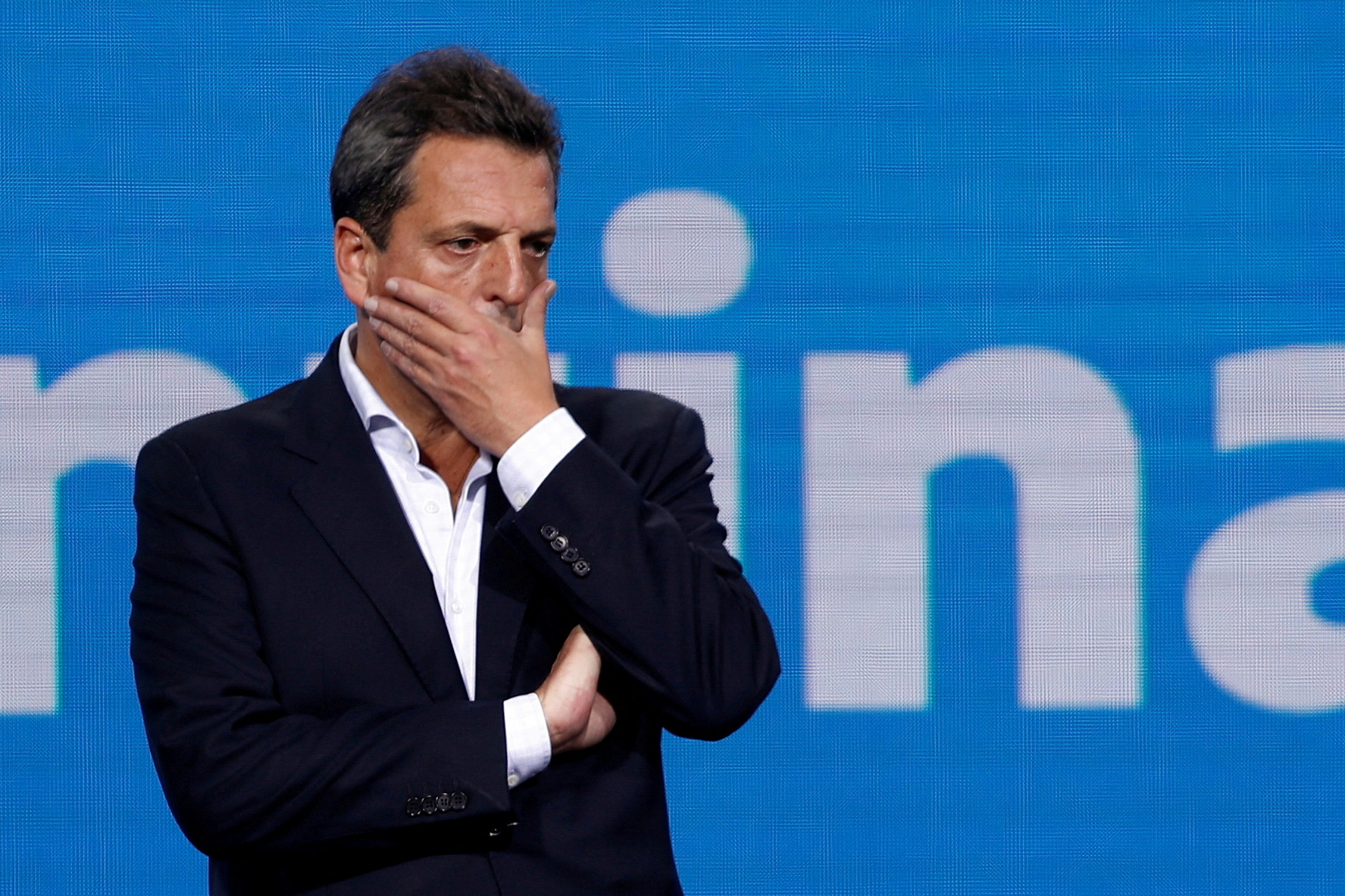 The rest will be known in the next few hours. The confirmation of decisive secretariats such as Economic Policy, Domestic Trade, Tax, Legal and Administrative Policy, Energy, Agriculture, Mining, Knowledge Economy and the SME secretariat is missing.

The urgent challenges on the agenda

-Debt in pesos: It is a front that presents difficulties for the Palacio de Hacienda due to the number of maturities that the Ministry of Finance must face in the coming months, but also because the debt market in local currency is one of the few financing tools with which what the government says.

Eduardo Settiwho will continue as secretary after arriving with Silvina Batakis, already had two debt tenders in pesos under his command. In both cases he was able to end up with a positive net financing balance, and even ended July with about $380,000 million above maturities, which allowed the Treasury to avoid requesting monetary assistance from the Central Bank.

To achieve this, Finance offered a sharp increase in the interest rates of Treasury instruments, which even reached 70% annual nominal, which the market translated as an effective interest of 90%, which is more in line with the inflation expectations of some consultants. The Central Bank also triggered its own rate hike.

Going forward there will be a mountain of maturities to cover. Throughout the two auctions in August, Finance will have to obtain at least 612,000 million pesos, according to Consultatio Financial Services. However, the most challenging month will be September, with maturities that border the billion pesosof which approximately half is in the hands of private sector holders and the vast majority of which is indexed to inflation. 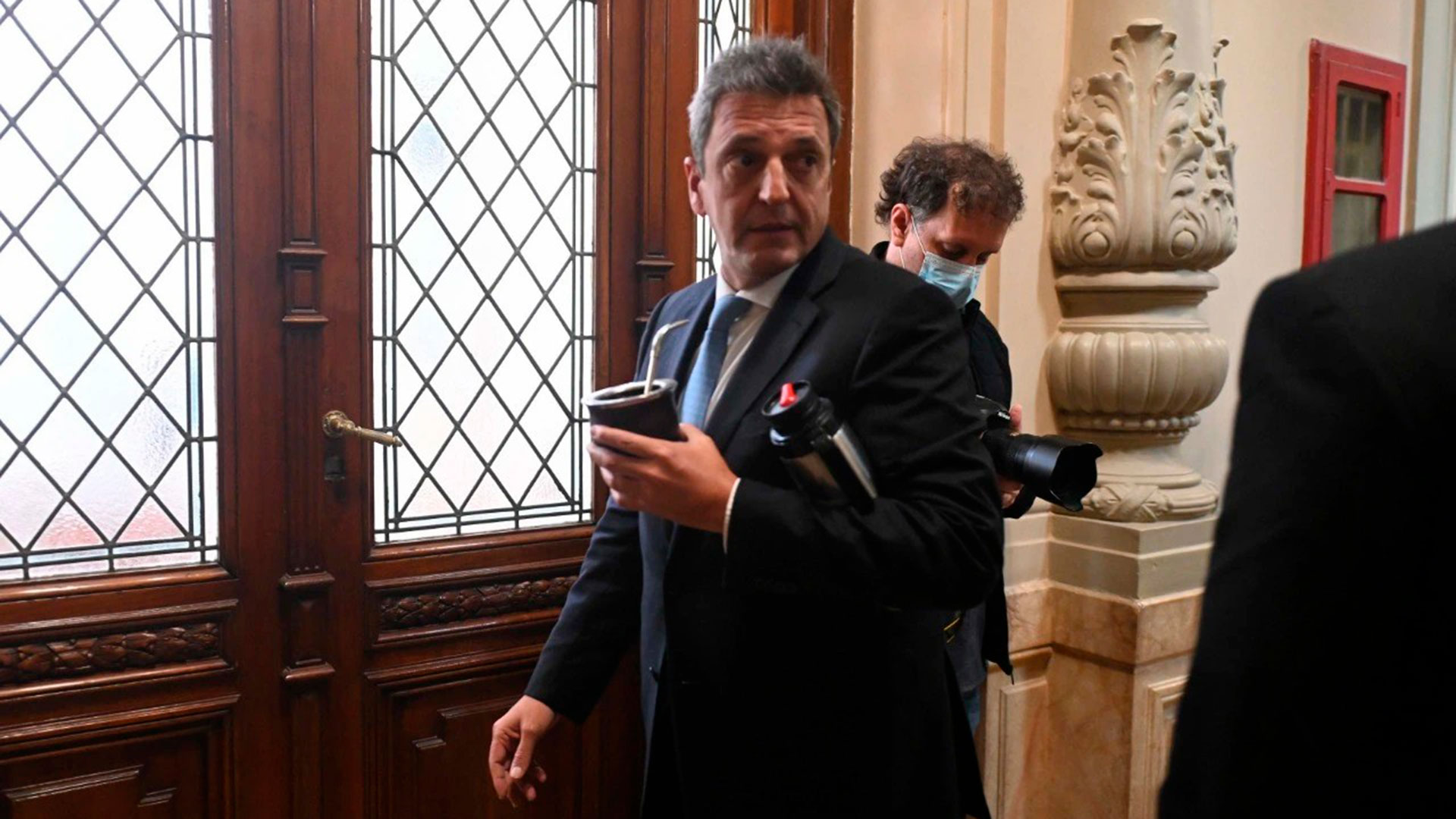 -Review with the IMF: In the coming weeks, the second quarterly review of goals with the International Monetary Fund should begin. Once IMF authorities get in touch with Massa’s new team of officials, Conversations will begin to define whether the country met the quarterly objectives as of June 30. If it passes the test, the Casa Rosada will be the creditor of another disbursement of USD 4,000 million.

The Ministry of Economy had a ceiling goal for the primary deficit of $874,000 million. According to data from the Ministry of Finance with numbers accumulated to June, the Government had a primary fiscal red of $800,000 million. In this way, the State ended the second quarter with a margin of overcompliance of $75,000 million.

There is an asterisk regarding the fiscal goal that has to do with the floating debt, that is, “stepped on” spending. As reported Infobaegovernment doubled between May and June -still under the management of Martín Guzmán- the number of overdue payments and reached the end of the second quarter with a $836 billion floating debtwell above the ceiling figure specified in the agreement with the IMF, which could have helped meet the primary deficit target.

The one that finished with a larger margin was the cash aid limit from the BCRA to the Treasury, which of the three central objectives of the agreement appeared, a priori, as the least complex to still comply with the original figures of the program. With the new recalculation, the cap of $438.5 billion became $475.8 billion. According to the last daily monetary report of the month, the BCRA’s monetary assistance to the Treasury totaled just over $435,000 million.

The central problems for the Government were in the goal of reserves, according to a study by the Faculty of Economic Sciences of the UBA. “Despite the government’s declarations of having met the goal, in light of the available data, the total accumulated reserves as of December 31, 2021 amounted to USD 1,892 million in the second quarter, resulting in a breach of the goal in USD 1,558 million (45% below the agreed minimum)”, they mentioned. 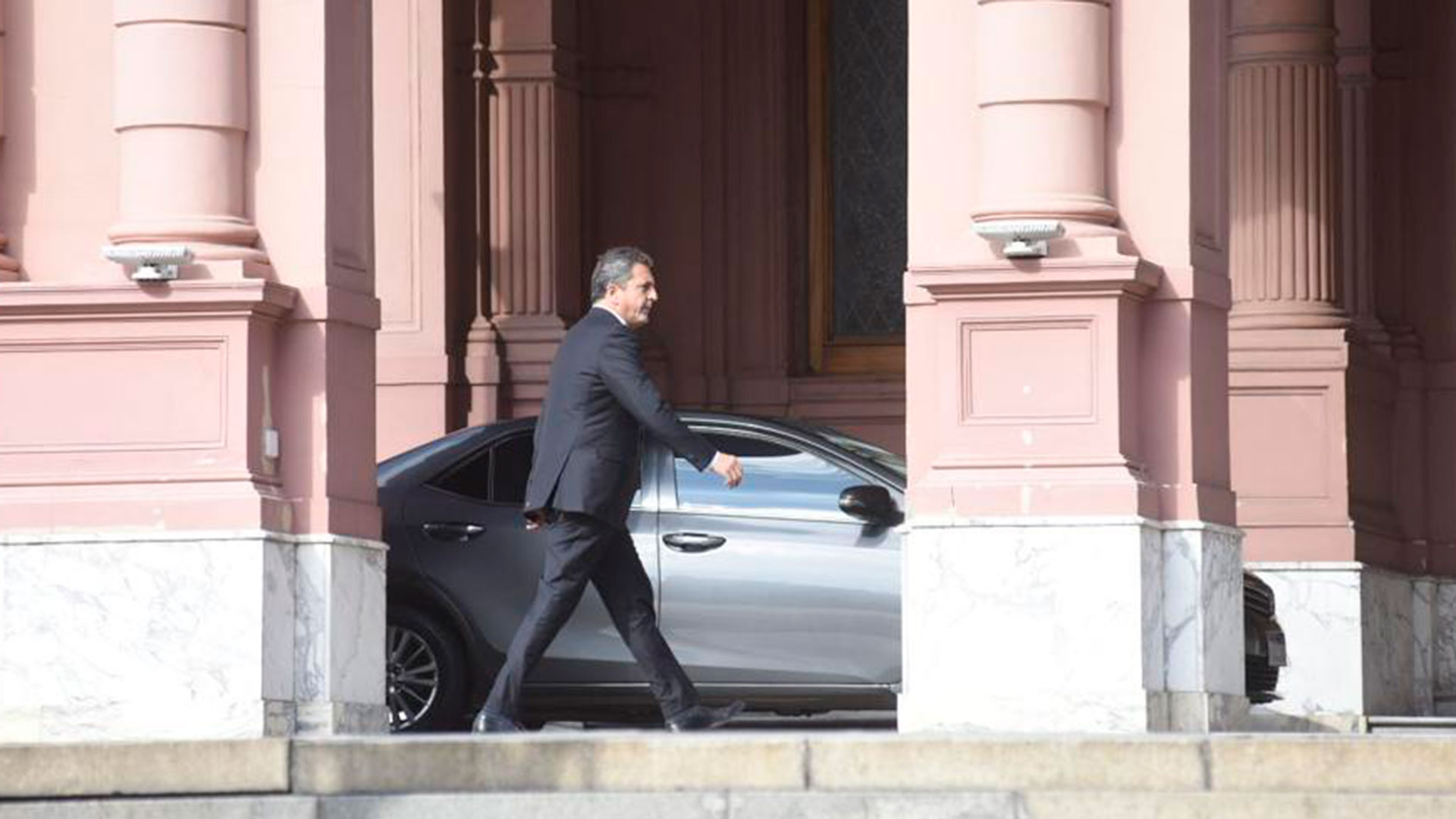 Massa plans his first international tour for this month

-International tour: Massa, with well-established international relations, will have a journey ahead that will include different decisive stops, with different reasons, needs and urgencies for each case.

On the one hand, he will seek to initiate the relationship as minister with the International Monetary Fund, which has already learned how and why the current president of the Chamber of Deputies came to take charge of the economic helm of the Government, days after Kristalina Georgiev and the rest of the organization’s first line of directors would have shared meetings with Silvina Batakis in Washington.

In addition to the formal presentation of credentials, Massa will be in charge of starting the review of the second round of goals of the program signed in March. The new minister declared himself favorable to the agreement and its implications in terms of cutting the primary deficit, the accumulation of reserves and a ceiling on monetary issuance.

Another stopover will be in France. Massa will seek to give the final kick that Guzmán and Batakis could not give to close the negotiation with the Paris Club and restructure USD 2,000 million and work for the continuity of the current economic program with the IMF technicians.

The negotiation that Guzmán left before leaving was advanced in technical terms to restructure the pending USD 2,000 million with that consortium of creditor countries, with lower interest rates than the one it had (9% per year in dollars), and an extended term for that repayment. 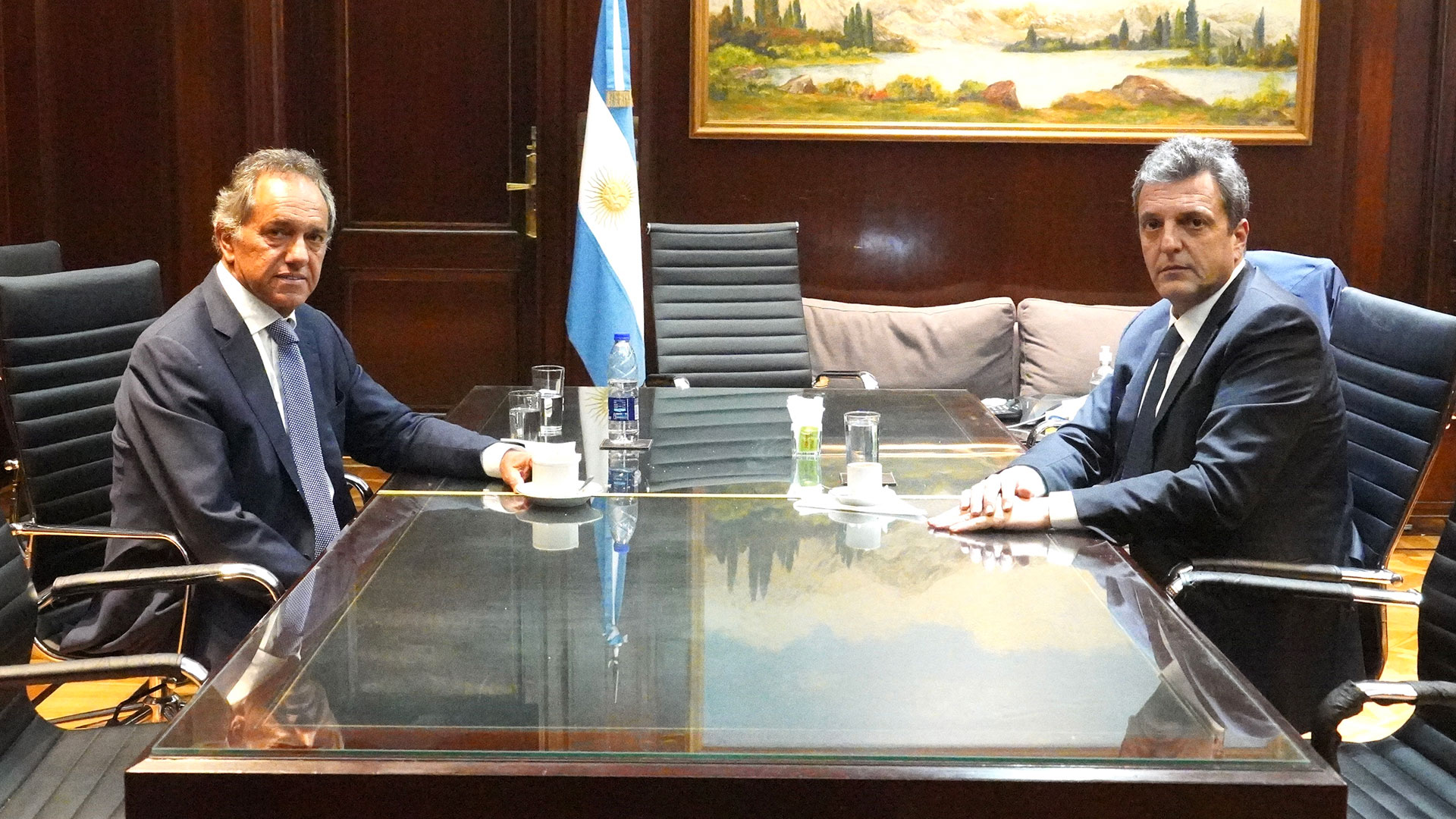 Scioli and Massa, in their transition meeting last Friday

Guzmán and his team had agreed with the entity to end the section of technical talks at the end of June and move on to the last stretch of negotiations, more linked to geopolitics. In short, an agreement with the Paris Club requires a technical consensus and then the signing of private agreements with the 16 countries who are creditors of Argentina. Batakis failed to activate any advance on this front.

He would also include in his blog a visit to Qatar to hold meetings with executives of sovereign investment fundswith which it will seek to be able to advance in direct financing for Argentina, in a context of funding taps in dollars closed in the voluntary debt market.

-Local macro, announcements and first inflation data: Massa will face a difficult number in his first days of management at the head of the Ministry of Economy. This is the inflation for July, which will be released by the Indec on Thursday the 11th. According to consultants, it will imply a strong acceleration in relation to the 5.3% that marked June, and could be closer to 7.5 or 8 percent. This would imply the highest monthly figure in 30 years.

In this framework, the new head of the Treasury Palace will announce his first package of measures that makes explicit his vision of economic policy for the critical moment of the macro and finances.

There will also be other emergencies: stabilize the foreign exchange market beyond its marked fall in recent days, begin to travel a path of recovery of reserves of the Central Bank and ensure positive interest rates that beat inflation. As announced by Massa, Wednesday would be the right day to spread his urgent roadmap.