Susel Paredes explains why Edward Málaga Trillo is not in his new bench. VIDEO: Channel N

The member of the new Integrity and Development caucus, Susel Paredesindicated that Congressman Edward Málaga Trillo does not form this group by his own decision. He further argued that Malaga was present at the meeting for the organization of this.

“We have been trying to be a caucus for a year and Ed has been at the last meeting. He decided not to accompany us, but the three of us have been at the meeting where the decision was made. He said he wanted to take some more time”, He pointed out in an interview for Canal N.

Given this, he does not rule out the possibility that Malaga could eventually join. It should be remembered, that Susel Paredes, Flor Pablo and Edward Malaga made up the bench Purple Party.

He also mentioned that the union with the other four parliamentarians is because none is from a left or right party. On Hector Acuna He mentioned that he met him in the position of president of the Budget Commission.

“People who do politics like to be listened to, but we don’t always like to listen. Héctor has the ability to listen and that is why he achieved the approval of the most important law in the State”he claimed.

About Carlos Zeballos and Carlos Alva He confessed to having reviewed even his police reports, but these would not have. 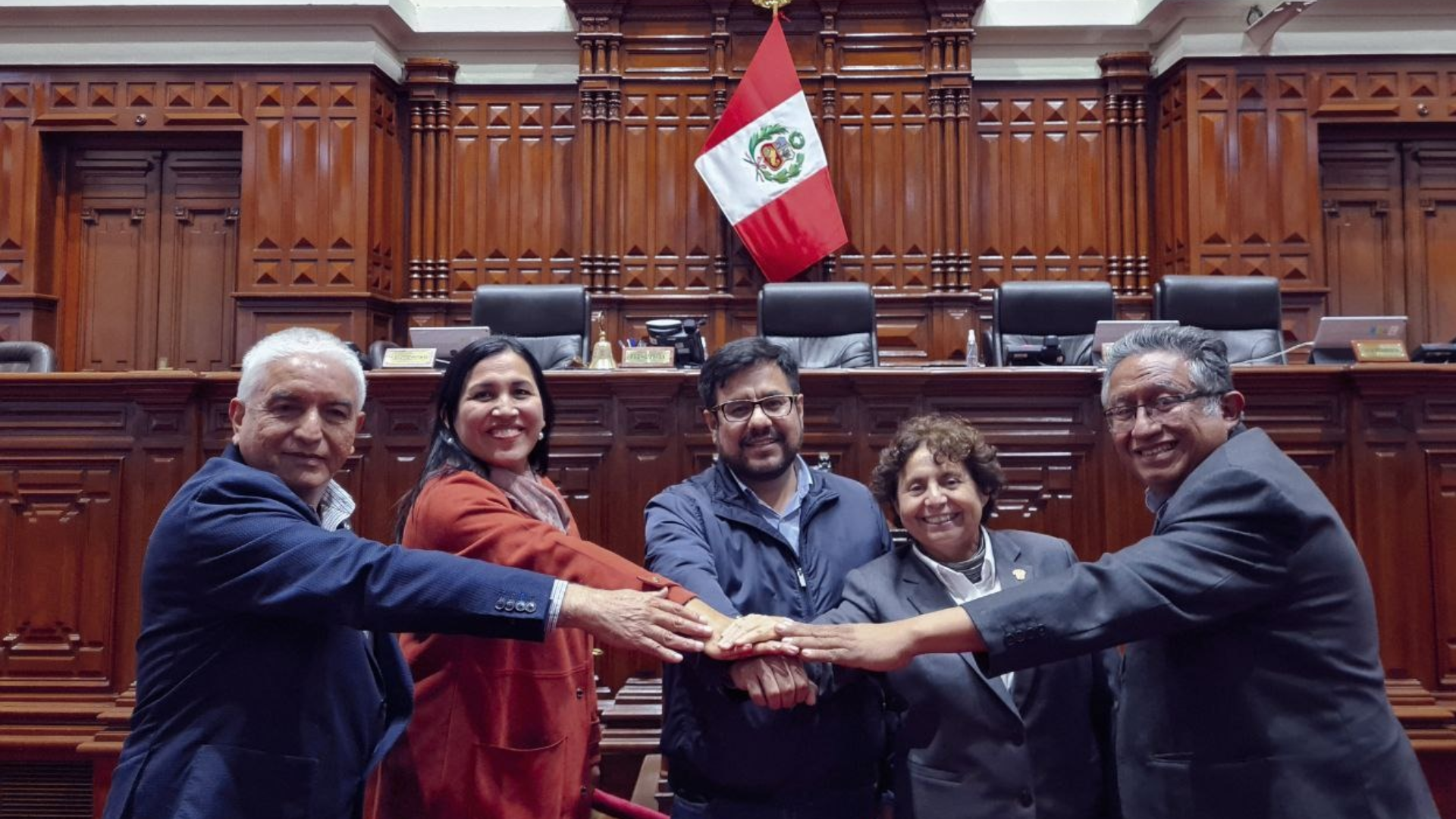 New bench is formed in the Congress of the Republic.

After the accusation of a congressional worker for an alleged rape against congressman Freddy Díaz, Paredes spoke out and described Díaz’s latest statements as a “mockery”. This indicated that he did not show up to give his demonstrations for the long holiday.

“It is a sexual violation in a state of unconsciousness of ability to resist, it is very serious. And what leaves me suspicious, I have worked in Flora Tristán, I understand these issues of violence. And when a man or an aggressor is innocent, he goes and says check my body ”, declared.

“I find it very strange that someone who considers himself innocent does not say check everything, take my underwear, take biological samples from under my nails, everything”, he added.

In addition, he questioned Diaz has been absent 4 days and indicated that it is only a show of guilt. “Fatalbecause those are the days you need for a bruise to go away to take a shower to get rid of your clothes”indicates.

For its part, the plenary session of Congress approved that Díaz be removed from the Special Commission in charge of selecting the candidates for Ombudsman. While the Public Prosecutor’s Office He presented the request to prevent him from leaving the country and it will be reviewed by the Judiciary on August 5.

Flor Pablo, Héctor Acuña, Susel Paredes and others not grouped form a new bench in Congress
Susel Paredes rejected the vacancy motion promoted by Edward Málaga: “Congress also failed the people, we are all leaving”
“These have stolen so much, with what face”: Susel Paredes referred to the shouts of Fujimoristas to Pedro Castillo