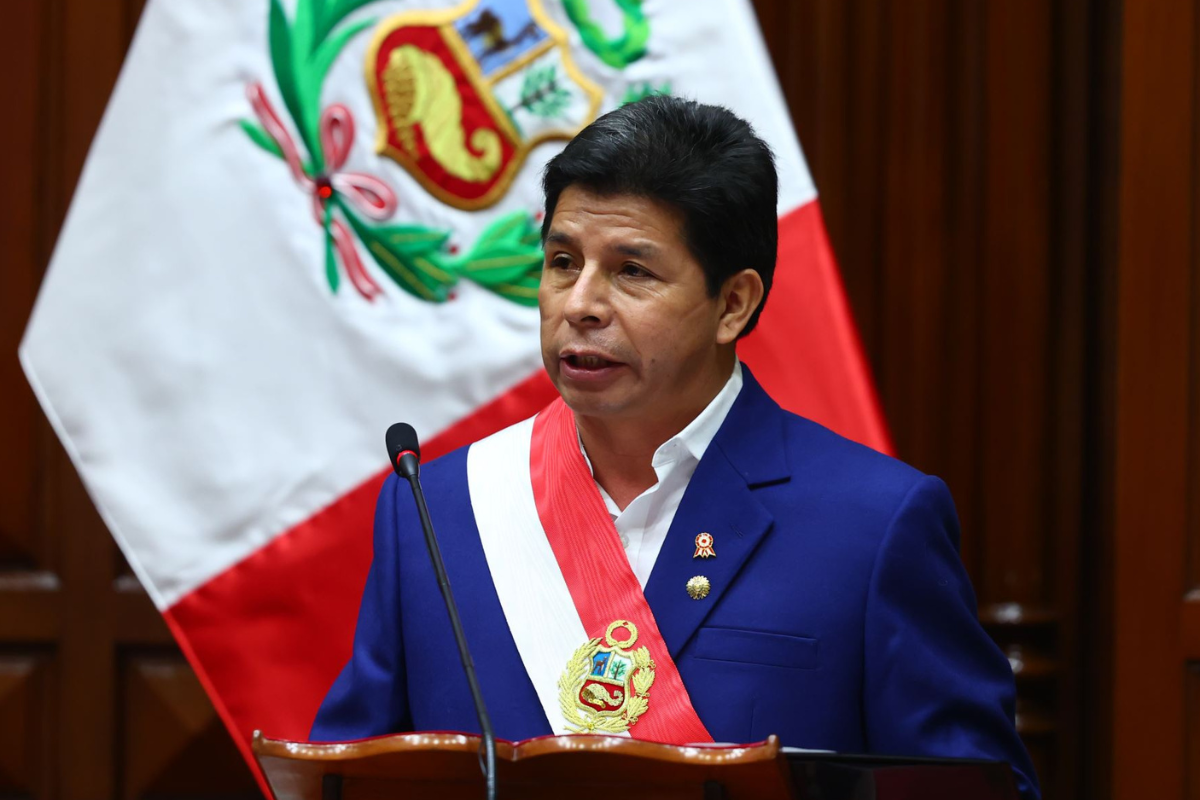 Former minister assures President Pedro Castillo does not listen to his Ministers of Economy. Photo: Andean

The Public Ministry decided to expand the investigation against President Pedro Castillo for the alleged crime of criminal organization before the unexpected departure of former minister Mariano Gonzálezwho had only been in the portfolio of the Ministry of the Interior for 15 days.

As is recalled, the former head of the Ministry ordered the creation of a Special Police Team to locate and capture Fray Vásquez, nephew of the president, and the former minister John Silva. However, according to what he said, when Castillo Terrones found out about this new delegation, he was removed from his post.

The expansion is part of the work being carried out by the Nation’s prosecutor, Patricia Benavides, who is already investigating the head of state for the alleged crime of personal cover-up to the detriment of the state.

The Public Prosecutor’s Office also decided to incorporate in this expansion Beder-CamachoUndersecretary General of the Presidency of the Republic, and Eder Vitontechnical adviser to the Technical Office of the Presidency.

Through a statement on social networks, the Public Ministry released this news in which the President of the Nation is once again involved.

“The National Prosecutor has arranged to expand the preliminary investigation of the President of the Republic for the alleged crime of Criminal Organization and incorporate Beder Camacho and Eder Vitón as investigated for this crime,” reads in the tweet. 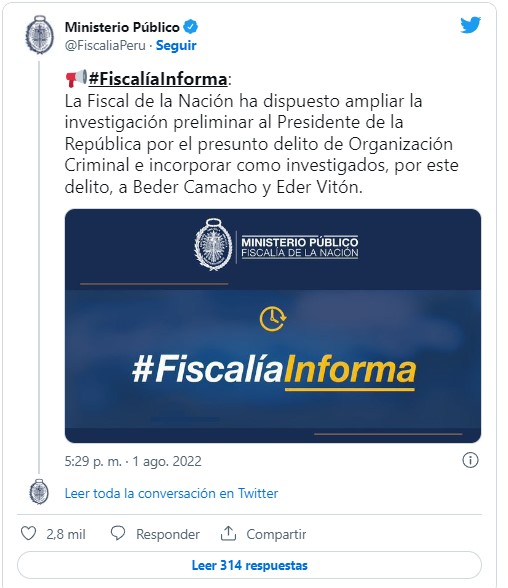 Pedro Castillo must appear to testify on August 4 and 9 for the alleged crimes of influence peddling due to irregular promotions in the Armed Forces and obstruction in the capture of fugitive officials, this was announced by the prosecutor’s office that is investigating possible acts of corruption in which the head of state would be involved.

“There are two dates. A first statement is scheduled for August 4 and a second, for the cover-up case, on August 9. Both are in the morning.” confirmed Benji Espinoza during an interview with RPP Noticias.

According to Espinoza, it has yet to be decided whether prosecutor Patricia Benavides will go to the presidential office or whether Castillo will have to testify at the Public Ministry.

During another interview with Panamericana TV’s “24 Horas” program, Pedro Castillo’s legal defender spoke after a report in the Sunday ‘Panorama’ revealed that the former secretary of the Government Palace, Bruno Pacheco, confirmed that he gave him money illicit 30 thousand soles to the head of state. 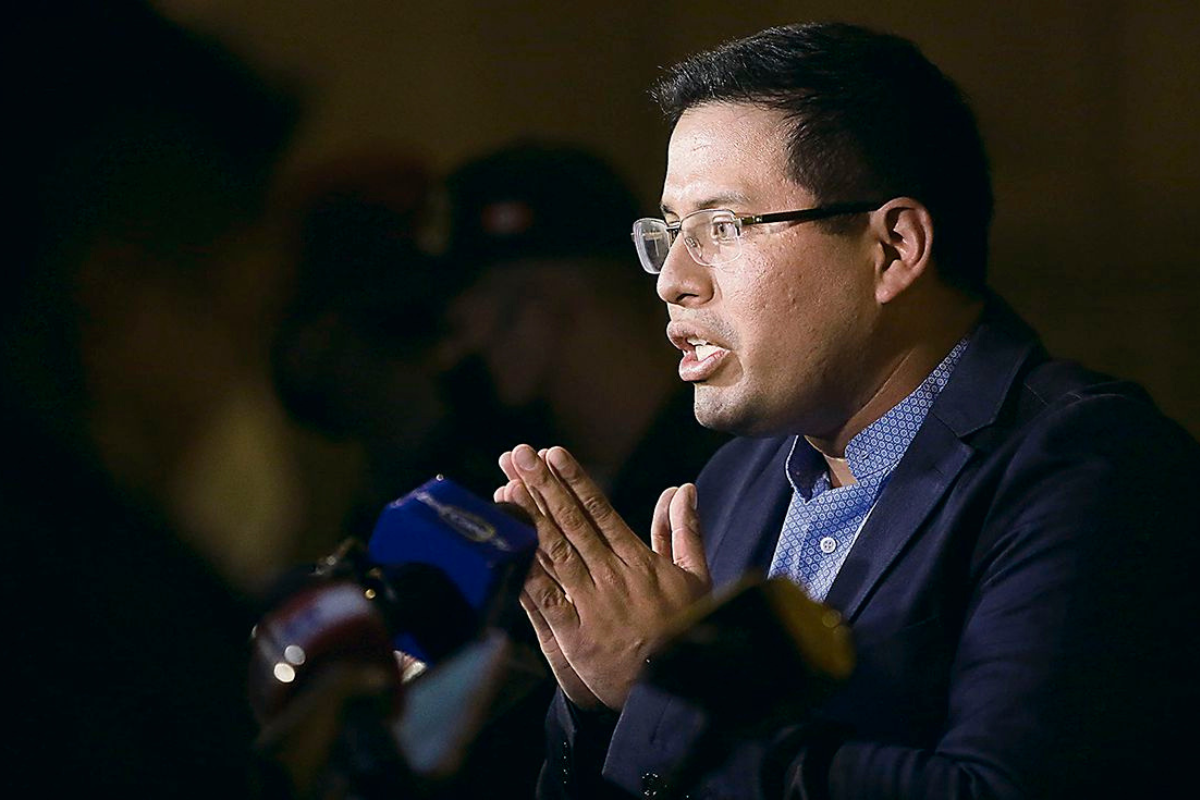 Last Monday, Karelim López reported to the authorities that they left a threatening message on the door of his home. Photo: Andean

“I am going to meet with my client, I am going to recommend him as a lawyer, we are going to evaluate, not sue the Panorama reporter, Marco Vásquez, because I maintain that it is important for the media to reflect on the limits they must have,” he stated in an interview.

The president’s lawyer assured that he is a defender of democracy, so it is important to act calmly and serenely, since communicative freedoms are important.

Mariano González harshly criticized President Pedro Castillo after his departure: “He has a commitment to corruption”
Pedro Castillo will appear again before the Public Ministry this August 4 and 9
Pedro Castillo and his message to the Nation: President omitted policies to eradicate gender violence