Popocatépetl volcano had 82 exhalations in the last 24 hours 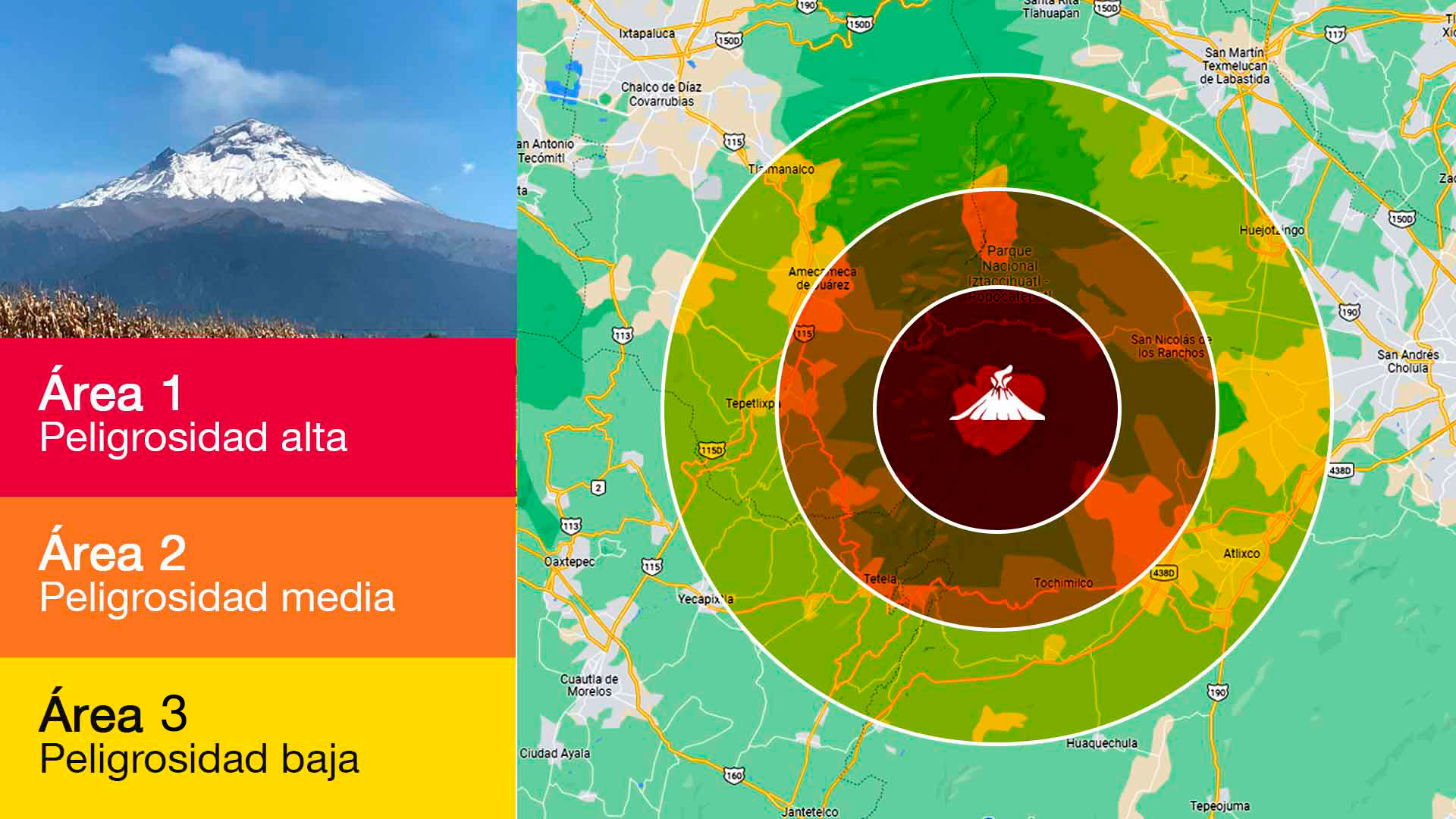 The Popocatépetl volcano registered 82 exhalations in the last 24 hours, according to the daily monitoring carried out by the National Center for Disaster Prevention (Cenapred) together with the National Autonomous University of Mexico (UNAM).

Currently, Don Goyo -as it is also called- is in yellow phase 2according to the Volcanic Alert Traffic Light of Cenapred and UNAM.

Consequently, a call is made to the population not to approach the volcano, especially the crater, due to the danger of falling ballistic fragments.

In the event of downpours being reported in the Popocatepetl area, it is important to stay away from the bottom of the ravines, due to the danger posed by the flow of mud and debris.

Federal authorities called on citizens to ignore rumors and be attentive to the information issued by the National Civil Protection Coordination through its official channels and accounts: www.gob.mx/cenapred and @CNPC_MX on Twitter. .

Cenapred also has the following telephone numbers for people to report emergencies related to volcanic activity: 800-713-4147 and 911.

to warn the danger in which an active volcano issuch as Popocatépetl, Cenapred and UNAM have the Volcanic Alert Traffic Light.

Like any other traffic light, the Volcanic Alert has three colors: green, yellow, and red. Then we explain what each color means:

Green color means that everything is normalthis color has two phases, in the phase one means that the volcano is calm, while in the phase two there are only slight manifestations of activity, such as fumaroles and sporadic seismic activity.

The yellow color indicates that the activity of the volcano is greater. This color is divided into three phases:

phase onewhen the volcano presents clear manifestations of activity, such as frequent local volcanic seismicity, fumaroles or plumes of water vapor and gas, as well as sporadic and light ash emissions.

phase twoin this the volcano shows an increase in activity with sporadic explosions, a continuous plume of steam and water, light to moderate ash fall in nearby towns, release of incandescent fragments and the possibility of short-range pyroclastic flows associated with the explosions, growth and destruction of lava domes, as well as short-range mud or debris flows.

phase threethe volcano presents explosive activity of intermediate to high scale, rapid growth of large domes and their destruction in strong explosions, plumes of water vapor, gases and persistent ash, explosions of increasing intensity with the release of incandescent fragments, possibility of medium-range pyroclastic flows and notorious ash fall in nearby towns.

The red color means that there is danger and you must be ready to evacuate.. This color is divided into two phases:

phase onemeans that the volcano shows explosive activity of intermediate to high scale, the emission of columns of water vapor and gas is several kilometers high, launching incandescent fragments on the slopes of the volcano, significant ash fall in towns and cities distant, as well as pyroclastic flows and mudflows that can reach nearby populations.

phase twothe volcano presents explosive activity of high to extreme scale, the eruptive columns are tens of kilometers high and far reaching, intense falls of ash, sand and volcanic fragments on populations at greater distances, possible partial collapse of the volcanic edifice, flow of pyroclastics and massive debris flows that can reach nearby and intermediate populations, large lahars with devastating effects and serious damage to the environment.

Popocatépetl is one of the most active volcanoes in the country and is located in the territorial limits of the entities of Morelos, Puebla and the State of Mexico, however it is close to Mexico City and Tlaxcala.

The Popocatépetl volcano has an altitude of 5 thousand meters above sea level, which makes it the second highest in the country.

“Don Goyo” is active and, according to scientists from the University of Manchester, it is the fifth volcano at risk of erupting in the coming years.

In Mexico there are at least 46 active volcanoes, of which six are designated as high risk by Cenapred, which is why it monitors their activity to react in a timely manner in the event of an emergency or a major eruption.

The most dangerous volcanoes are: Popocatépetl; the Volcano of Fire, in Colima; the Ceboruco, in Nayarit; the Pico de Orizaba, in the limits of Veracruz and Puebla; the Chichón, in Chiapas and the Tacaná, which is on the border with Guatemala.

In the event of a major explosion of Popocatépetl, it would not trigger a chain detonation because each volcano is independent, each one has its own conduits, its own sources of magma, which are not directly related, in such a way that the activity of a volcano It will not affect the activity of other volcanoes up or down.