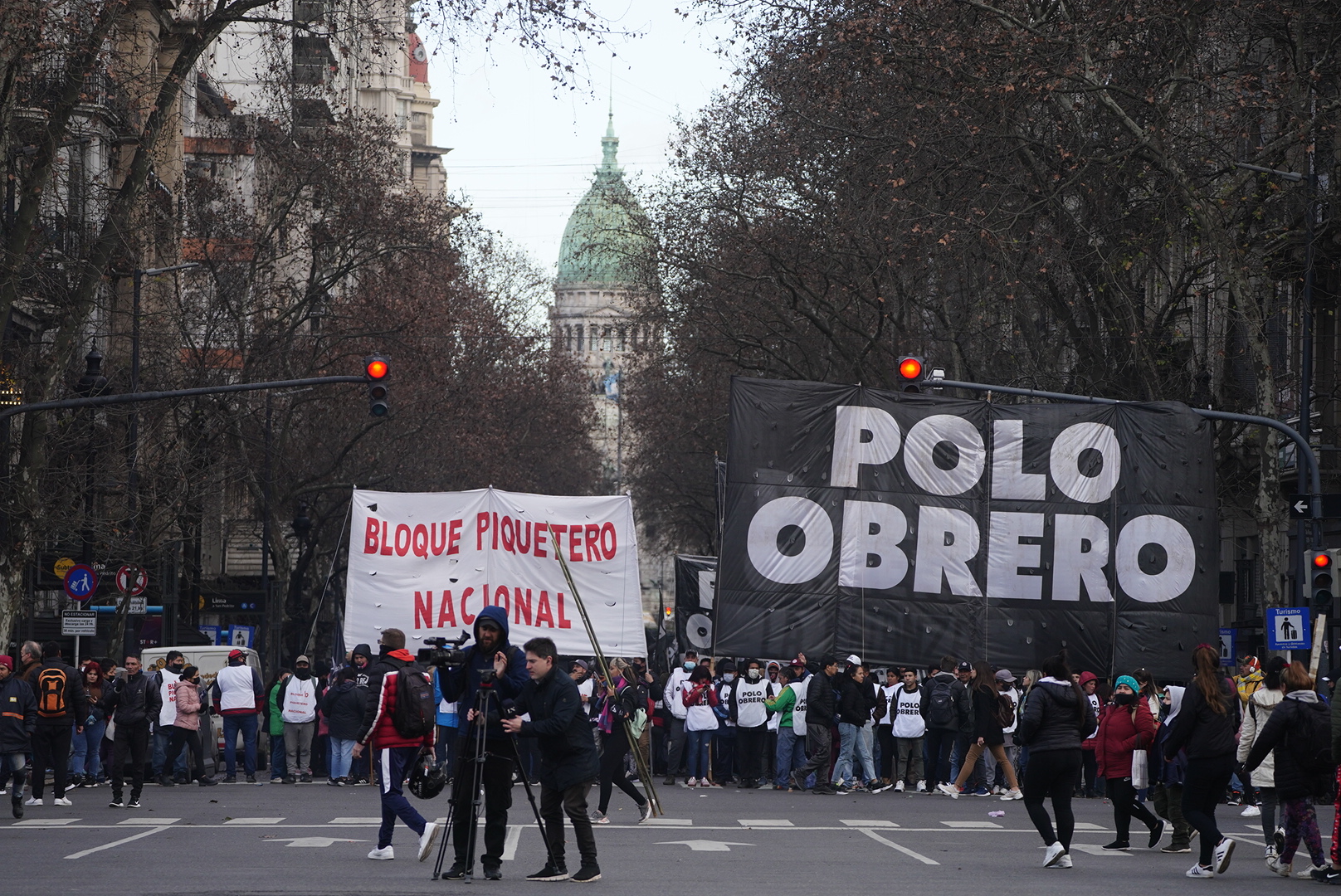 Led by the Polo Obrero and other left-wing organizations, from 10 in the morning, hundreds of protesters picket at 10 key points of the City of Buenos Aires to claim now the head of the Buenos Aires Government, Horacio Rodriguez Larretato guarantee the “urgent access to decent housing“, the suspension of evictions and a “universal subsidy for tenants”.

The pickets began in different neighborhoods of Buenos Aires, with concentrations of demonstrators in the avenues Entre Ríos and San Juan, Eva Perón and Piedra Buena, F. Fdez. de la Cruz and Pola, Av. Gral. Iriarte and Iguazú, Bogotá and Campana. Protests were also planned at the Perito Moreno and Cruz intersections; Amancio Alcorta and Iriarte; Cobo and Curapaligüe; Cespedes and Triumvirate; and in the Torre de los Ingleses area, in Retiro.

From the Buenos Aires mayor’s office they told Infobae that several of the requests made by the demonstrators by dint of blocking streets and avenues, are already in development”, such as the urbanization of popular neighborhoods, or in others, the Executive Branch has no interference, as are the evictions ordered by the courts.

“The skyrocketing of prices as a result of the economic and social crisis that we are going through does not leave rents out, which in recent months have increased even above inflation,” he argues, for his part, Eduardo Belliboni, referent of the Polo Obrero on the measures of forces planned for the zones of Barracas, Floresta, Nueva Pompeya, Villa Soldati, Chacarita, Retiro, San Cristóbal and Villa Lugano. 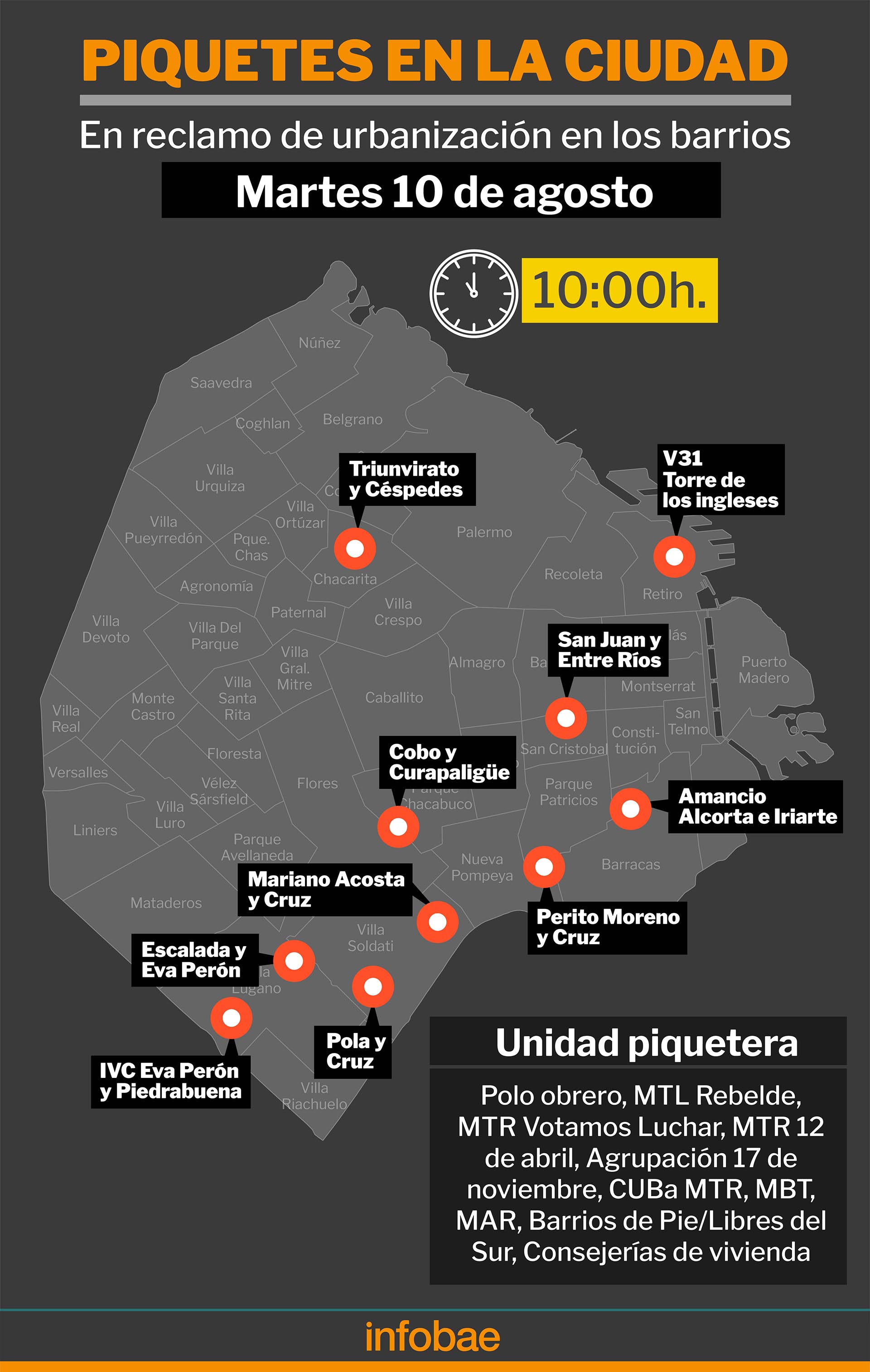 The map of the marches that the Piquetero Unit will lead

The social referent of the left opined: “The national rental law that was approved 2 years ago did not solve the housing crisis that more than 4 million families are going through throughout the country. The current discussion between the bosses’ parties about its repeal or the change of one or another article will not change the situation. Even with inflation at record levels, we believe that the indexation of rents should be based on the Minimum, Vital and Mobile Salary, much more in line with the situation of the formal and informal working class, not to mention the unemployed”.

The Piquetera Unit demands from the head of the Buenos Aires government a “universal subsidy for tenants”, since, according to a statement released in recent hours, “no bill considers the universe of informal tenants, nor the growing problem of rents that do not accept children, nor the discrimination suffered by migrants and diverse gender identities when it comes to find a house to rent.

According to the latest surveys, in the city of Buenos Aires almost 400,000 people live in villas or settlements, 40% of the population rents, of which, according to the leftist piquetero organizations, “a large number do so informally due to the impossibility of meeting the requirements demanded by owners and real estate agencies when signing a contract, such as the owner guarantee or a registered salary with income that a large part of the population does not have access to”.

According to a report from the Ombudsman of the Autonomous City of Buenos Aires, dated September last year, “Since 2016, the Government of the City of Buenos Aires has been developing four major Socio-Urban Integration Processes: Rodrigo Bueno, Playón de Chacarita, Padre Carlos Mugica neighborhood (former Villa 31) and Villa 20″. 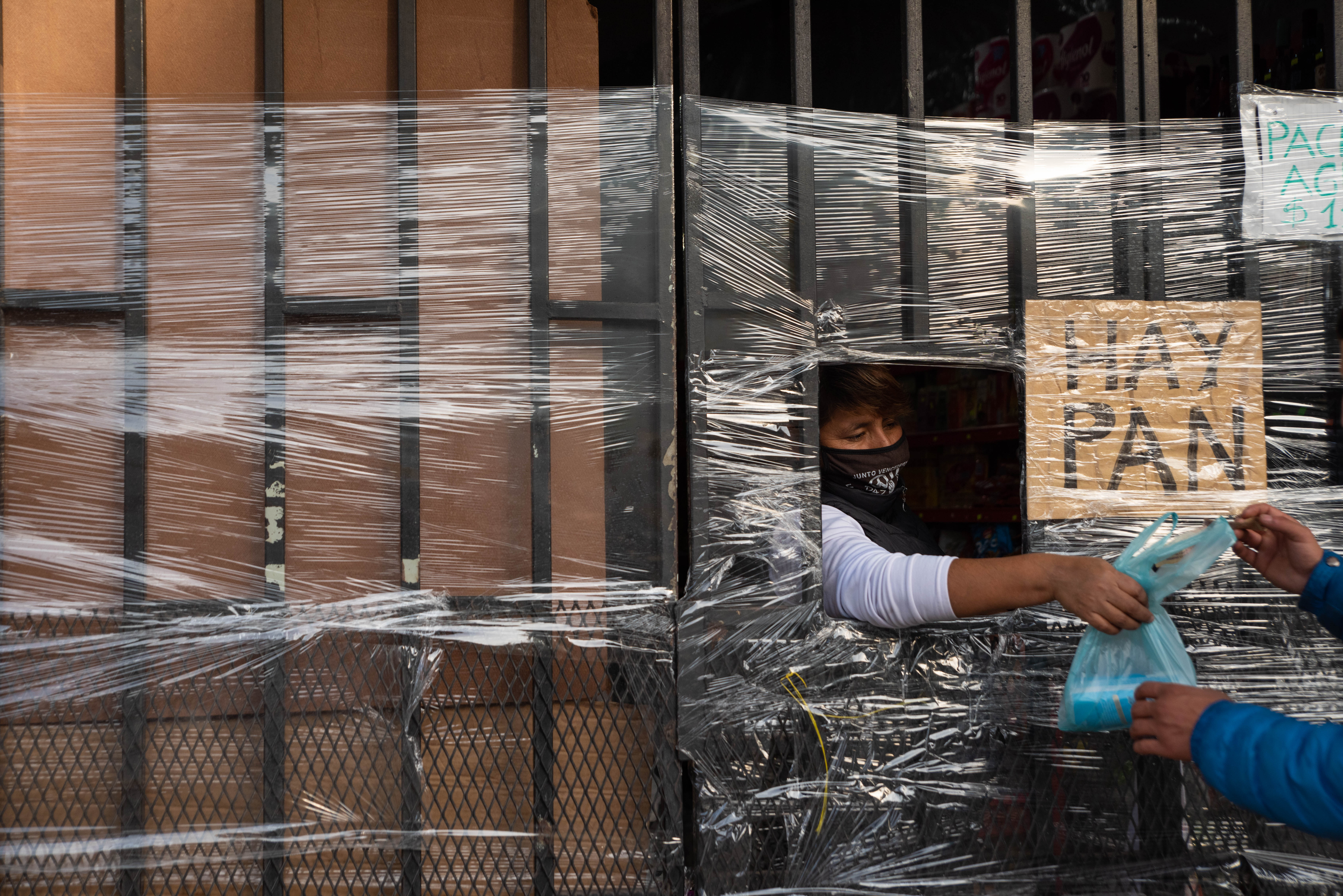 “In recent months there have been a lot of evictions in the neighborhood, the money is not enough, the rents increase and they do not give us any help from the government,” says Angélica, delegate of the Polo Obrero in the shantytown 1-11-14 ( Photo: Franco Fafasuli)

These processes, assures the Ombudsman’s Office, “began from the sanction of the Redevelopment Law of each neighborhood” and highlights that in each of these works “the design and execution of the survey and socio-spatial diagnosis, the definition of the appropriate criteria for the construction of new housing, improvement of existing housing, opening and consolidation of public thoroughfares, provision of urban equipment, improvement and consolidation of public space, provision of urban services infrastructure”.

The leaders of the Piquetera Unit assure that the works did not advance and that “the orientation of the Government of Larreta is in favor of the big speculatorsapproving laws and agreements that allow the construction of luxury homes, which have expanded in recent years, alienating public lands and green spaces, contrary to the needs of the majority”. 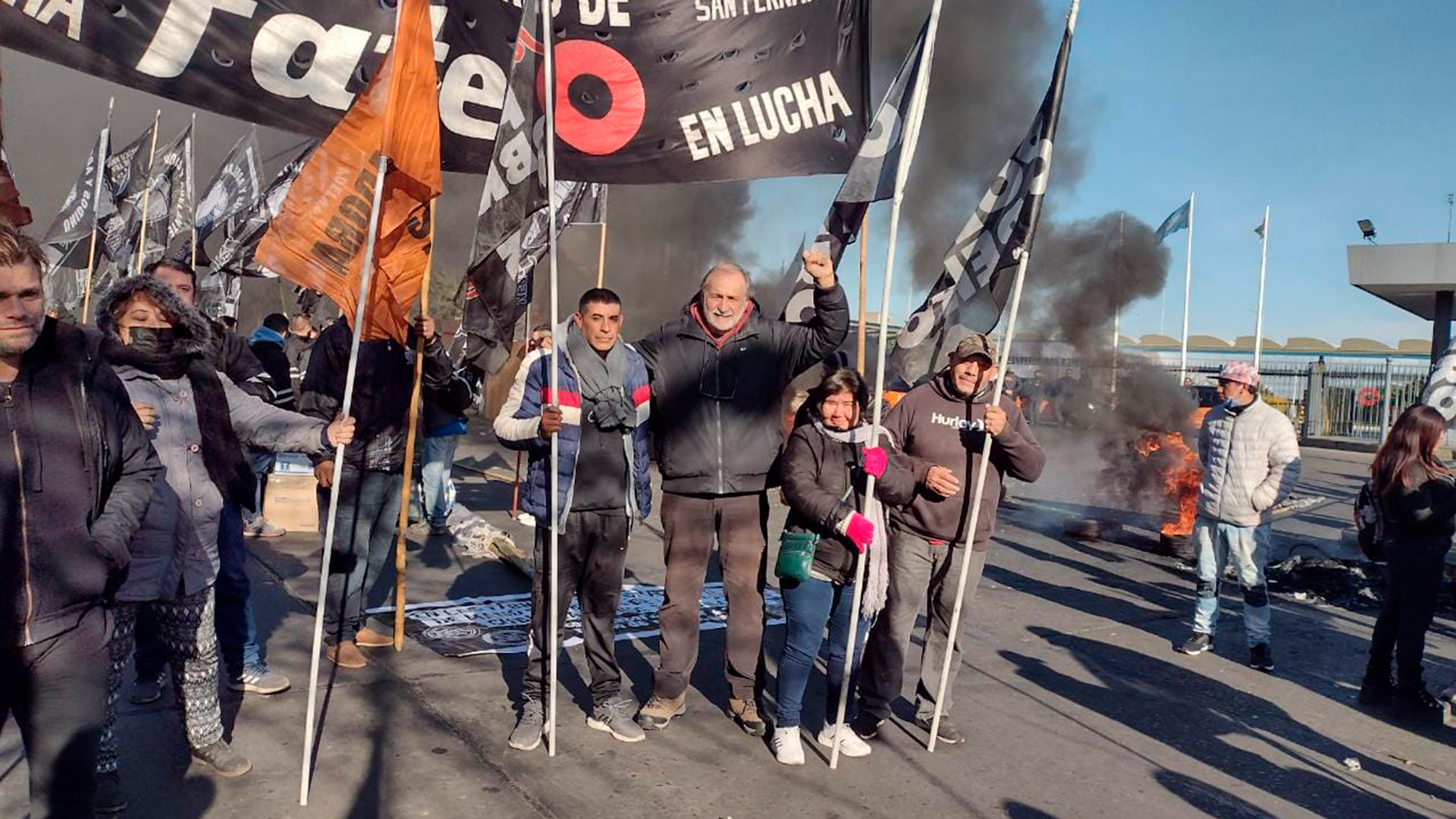 The Piquetera Unit demands the prohibition of evictions, access to water and basic services, the need for infrastructure works and the cancellation of the delivery and sale of land in recent years to make them available for new housing construction plans.

The claims of left-wing movements and neighborhood organizations for the housing deficit in CABA have been going on since 2020, when they presented a document in which they raised “the right to access to land and housing, access to drinking water and real urbanization. of the villas, in contrast to the cosmetic works carried out by the government of the city of Buenos Aires”.

The petition requested, as today, “the prohibition of evictions, access to water and basic services,” among other points. According to Belliboni, in the government of Rodríguez Larreta “there are no tools or policies to address this emergency situation.”

“Access to the precarious housing subsidy is completely restricted, added to the fact that the amounts are completely out of date”, completed the leader of the Polo Obrero.

Vialidad Cause: the most outstanding phrases of the accusation against Cristina Kirchner at the beginning of the allegations