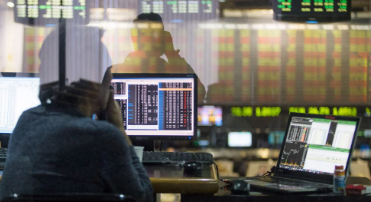 Expectation in the market for the announcements of this Wednesday.

Argentina’s financial assets were once again traded with a disparate trend, pending government measures to deal with the economic crisis. This Tuesday, the index S&P Merval of the Buenos Aires Stock Exchange rose 0.9% to 118,691 pointsdriven by the rise in the dollar “counted on liquidity”, while bonds in dollars, according to the reference of the Globals of the swap, subtracted 1% on average, with a Country risk at 2,412 basis points at 5:15 p.m.

The expectation for the announcements that the new Minister of Economy will make, Serge Massawhich had been playing in favor of a certain calm in the foreign exchange segment, at least with regard to the evolution of prices of dollars that are negotiated outside capital controls, was reversed this Tuesday, with a firm free dollar advance, at $291 for saleand a more limited rise for the “counted with liquidation”, close to 288 pesos.

The stock index S&P Merval He came from lose a resounding 4% on Monday, to 117,586 units, after falling 3.8% on Friday and marking an all-time high of 130,650 points on Thursday. The leading benchmark accumulated a rise of 7.6% during the past week and ended July with a rise of 38.5% in pesos.

The evolution of Argentina’s financial assets is subject to the announcements that the new Economy Minister, Sergio Massa, will make this week

The investment focus remains on the plan that will be presented on Wednesday Serge Massa, in charge of the Ministry of Economy coke will now include the economic, productive and agricultural areas. “Massa’s entry as super-minister of the economy brought calm to the markets and hope to some investors,” the consultancy said in a market report. EconViews.

The consultant led by Miguel Kiguel added that “however, there are still many doubts as to whether Massa is clear that the economic measures to reduce the fiscal deficit or lower the exchange rate gap imply political costs that require strong support from Kirchnerism, and not It is known if he has it”.

Dollar bonds rebounded from their low prices in a streak that spanned seven trading sessions. The risk country JP Morgan, which measures the rate gap between US Treasury bonds and their emerging peers, was close to 3,000 units on July 22. 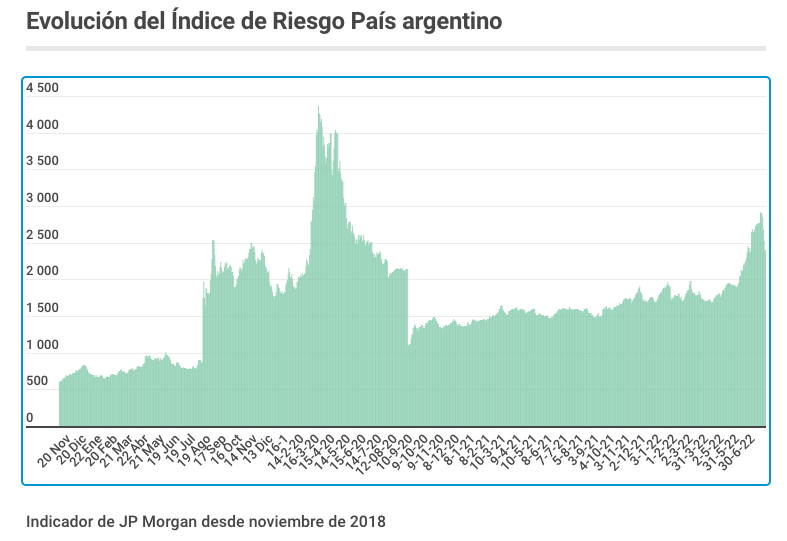 “Massa’s landing comes at a time of political tensions within the government coalition, which had been generating high uncertainty in the development of the domestic economy and in some way conditioning the price of Argentine assets,” he estimated. Research for Traders in a report.

It must be remembered that in July the leading panel S&P Merval of the Buenos Aires Stock Exchange ended at 122,528 points (it exceeded 130,000 points), with a monthly rise of 38.5% in pesos and 21.4% in dollarsbased on the “cash with settlement” parity implicit in ADRs traded on Wall Street.

The sovereign bonds in dollars recorded in July a average profit of 5%, according to the reference of the Globals with foreign law, thanks to the exceptional rise of 25% in the last week of the month.

Daniel Marx, the architect of the “shield” is back: will he look for a “cushion” of dollars like in the year 2000?
As investors await economic announcements, the free dollar seems to have found a floor
No dollars and no paper for alfajores: a brand apologized for not being able to wrap its products
When Anses pays in August: what days retirees, pensioners, AUH beneficiaries and other social benefits receive
Half of Argentines believe that it is very difficult to find a job that allows them to make ends meet, according to a survey