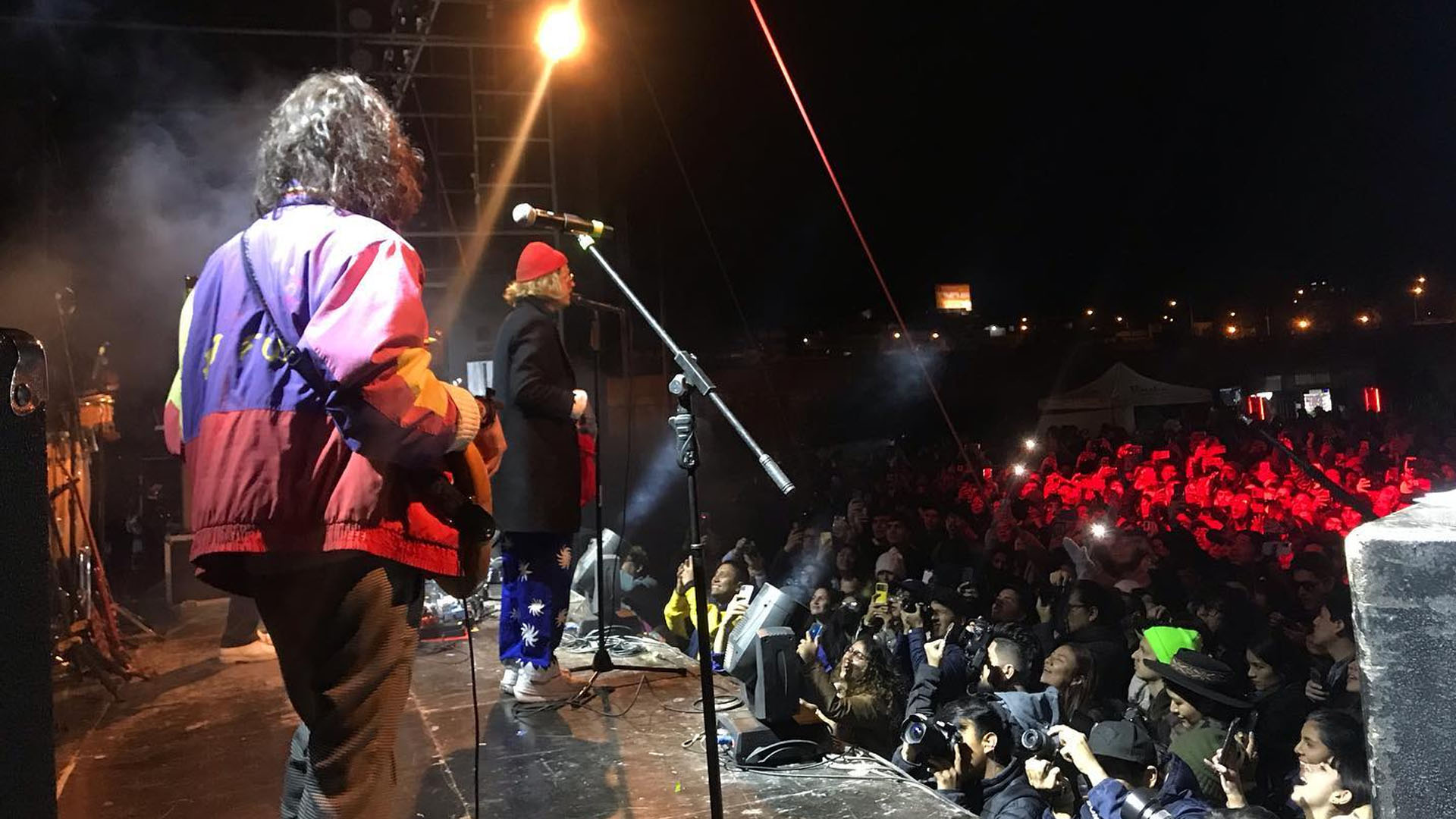 The “Central Peru Festival” which takes place in Huancayo and which would bring bands from the new Peruvian and Latin American music scene to that city continues to be involved in a series of complaints of disorganization and lack of logistics. Also, Less than half of the announced bands stated that they would not participate in the event. Given this, Indecopi announced that it will verify that the organizers reimburse the cost of tickets paid by consumers who gave up attending this concert,

Through its regional office in Junín Huancayo headquarters (ORI Huancayo), Indecopi He pointed out that a control team of this regional headquarters is located in the Mariscal Castilla Stadium; where the aforementioned event is held, to carry out various actions with the purpose of protecting the rights of consumers.

On July 27, upon learning of the cancellation of the participation of different artists in the “Peru Central Festival”, Indecopi’s Huancayo ORI sent a communication to the promoters, requesting information about the procedure for refunding money to consumers who purchased tickets.

They indicated that have requested information on the list of artists who would originally participate in the event on July 29 and 30, 2022; the reasons for the cancellation of the participation of some of these. They also required information on the procedure for dealing with requests to refund the cost of tickets and the means by which consumers have been informed of this. 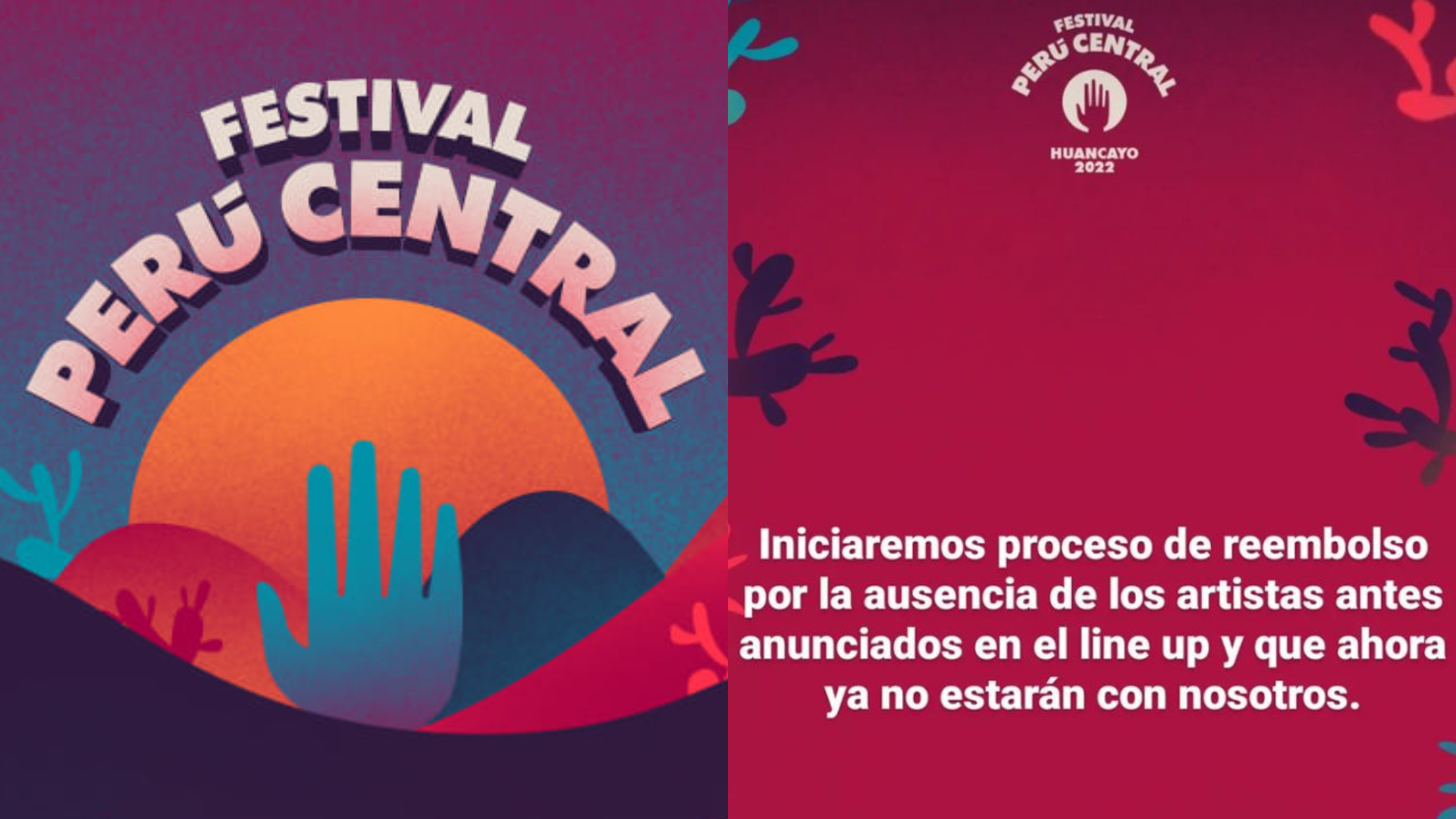 On this last point, the organizers of the festival announced to Indecopi that the return of the money of the tickets will be made from August 7.

Indecopi reiterated that it constantly monitors the market and reminds citizens that, in case they are affected by the conduct of any supplier, they must demand the Complaints Book and file their claim. In addition, they can contact the institution through the mail [email protected]; the Web https://enlinea.indecopi.gob.pe/reclamavirtual/; telephone lines 224-7777 (Lima) or toll-free 0800-4-4040 (provinces).

In addition, if you witness an irregular event, you can report it, even anonymously, through the Indecopi Citizen Surveillance Form (https://bit.ly/3GomZhv).

Indecopi urged the different event organizers to comply with their duties and obligations, established in the Consumer Protection and Defense Code and not only provide timely and truthful information on the conditions of such events; but that they meet the conditions offered.

It should be noted that bands like Arde la Sangre, Dulce y Agraz, Modulated Attitude, Andrea Martínez, Ruzzi, Somontano, Eterno Recreo, Gala Brie, Gereda, Trip, La Garfield, Ni Voz Ni Voto, D’Common Mind, El Alguacil, Nave Ascensor, Dan Dan Dero, Yardigans, among others, have stated through social networks that the lack of organization, lack of guarantees, mistreatment, among others, are the reasons why they have given up participating in this event.

the peruvian band Modulated Attitude He denounced that the promoters of the event told them that they would not be able to pay them the amount agreed in the contract, because they were victims of a robbery.

In addition, they changed the time of the show from 45 minutes to 30 minutes and did not confirm the time for the sound check or the event’s schedule.