In an exciting match, Santos and Fluminense drew 2-2 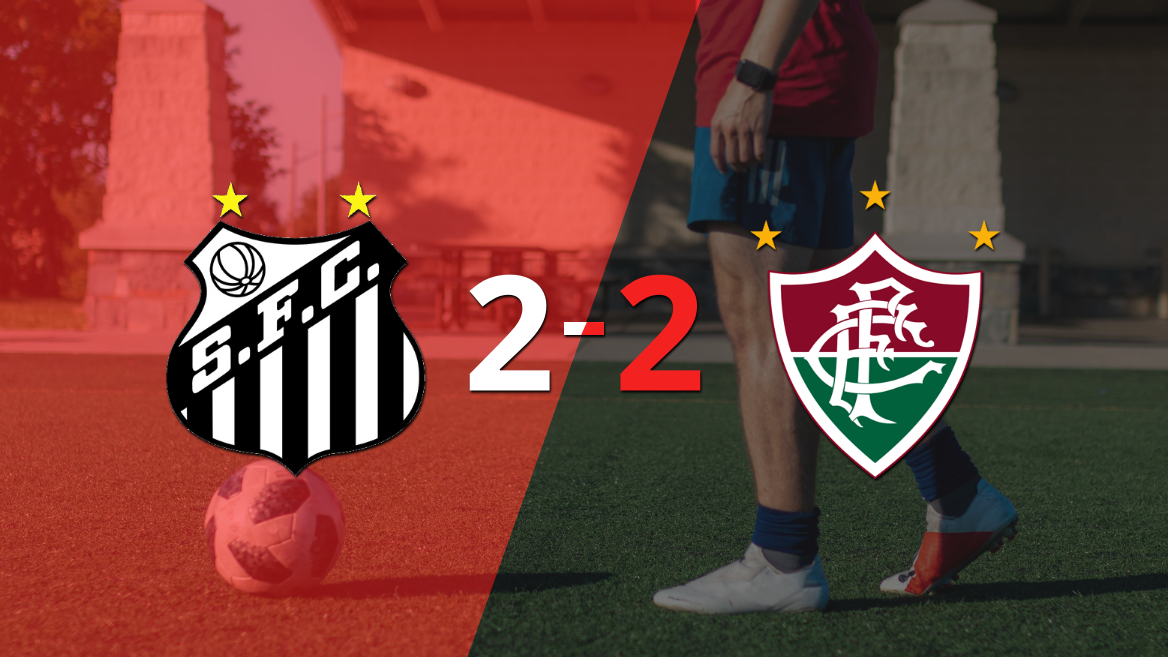 This Monday, Santos and Fluminense did not take advantage in the duel for the date 20 of Brazil – Brazilian Championship 2022 and ended tied 2-2.

Fluminense could not score the tiebreaking goal, but had a better ball possession record than its rival with an average of 64% over 36%.

Jhon Arias was the figure of the party. The Fluminense striker scored 1 goal, shot the opposite goal 3 times and made 39 correct passes.

Marcos Leonardo was also important. The forward from Santos scored 1 goal and made 9 correct passes.

With a dirty game, the match played between both teams stood out. There was a large number of cautioned: Madson, Camacho, Caio Paulista, Paulo Ganso, André Trindade and Wellington.

For their part, those led by Eduardo Barros stopped with a 4-3-3 scheme with Fábio under the three sticks; Samuel Xavier, Nino, Luccas Claro and Caio Paulista in defense; André Trindade, Paulo Ganso and Nonato in midfield; and Matheus Martins, Germán Cano and Jhon Arias up front.

Referee Braulio Da Silva Machado was selected to carry out the actions of the game.

On the next date, Santos will visit Coritiba and Fluminense will play at home against Cuiabá at the Jornalista Mário Filho stadium.

After the match, the local team is with 27 points and in ninth place in the standings. While the visit has 35 units and ranks third in the tournament.