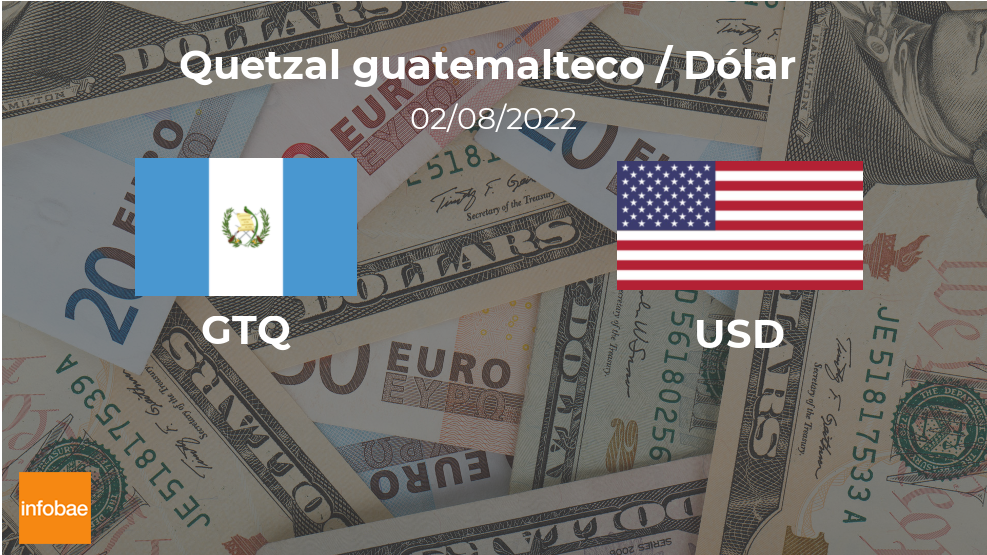 The American dollar is priced at the beginning 7.73 quetzals on averageso that it implied a change of 2.31% when compared to the price of the previous session, when it stood at 7.55 quetzales on average.

If we consider the data of the last seven days, the American dollar scores a raise 2.53%so that for a year it still maintains an increase in 2.19%. Analyzing this data with that of previous days, turns the tables with respect to that of the previous day, when a decrease of 2.61% was noted, showing in recent times a lack of stability in the result. The volatility for the last week shows a balance that is clearly higher than the volatility reflected in the data for the last year, presenting itself as an asset with greater changes than expected.

The quetzal is the legal currency used in Guatemala and was founded when the Monetary Law enacted in 1924 was issued, when the then president José María Orellana ordered the substitution of the Guatemalan peso.

Guatemalan currency is currently divided into one hundred cents and in its beginnings it had a value of 10 cents above the US dollar until in 1980 it fell to par, recovering months later.

Currently the quetzal is equivalent to 7.50 units per US dollar and 9.25 units per euro, thus becoming one of the 30 monetary units in Latin America and the world to be one of the most invariable.

In his attempts to lower production prices Of the coins, the government has sought to introduce coins with different materials such as opting for steel instead of nickel or brass plated steel.

According to official figures, in economic matters, the Guatemalan government has assured that the Gross Domestic Product (GDP) grew by 7.5% at the end of 2021, a growth not seen for 40 years.

On the other hand, the International Monetary Fund (IMF) forecasts that by 2022 the Guatemalan economy continue to perform well driven in part by foreign trade, remittances from the United States and a considerable drop in inflation.