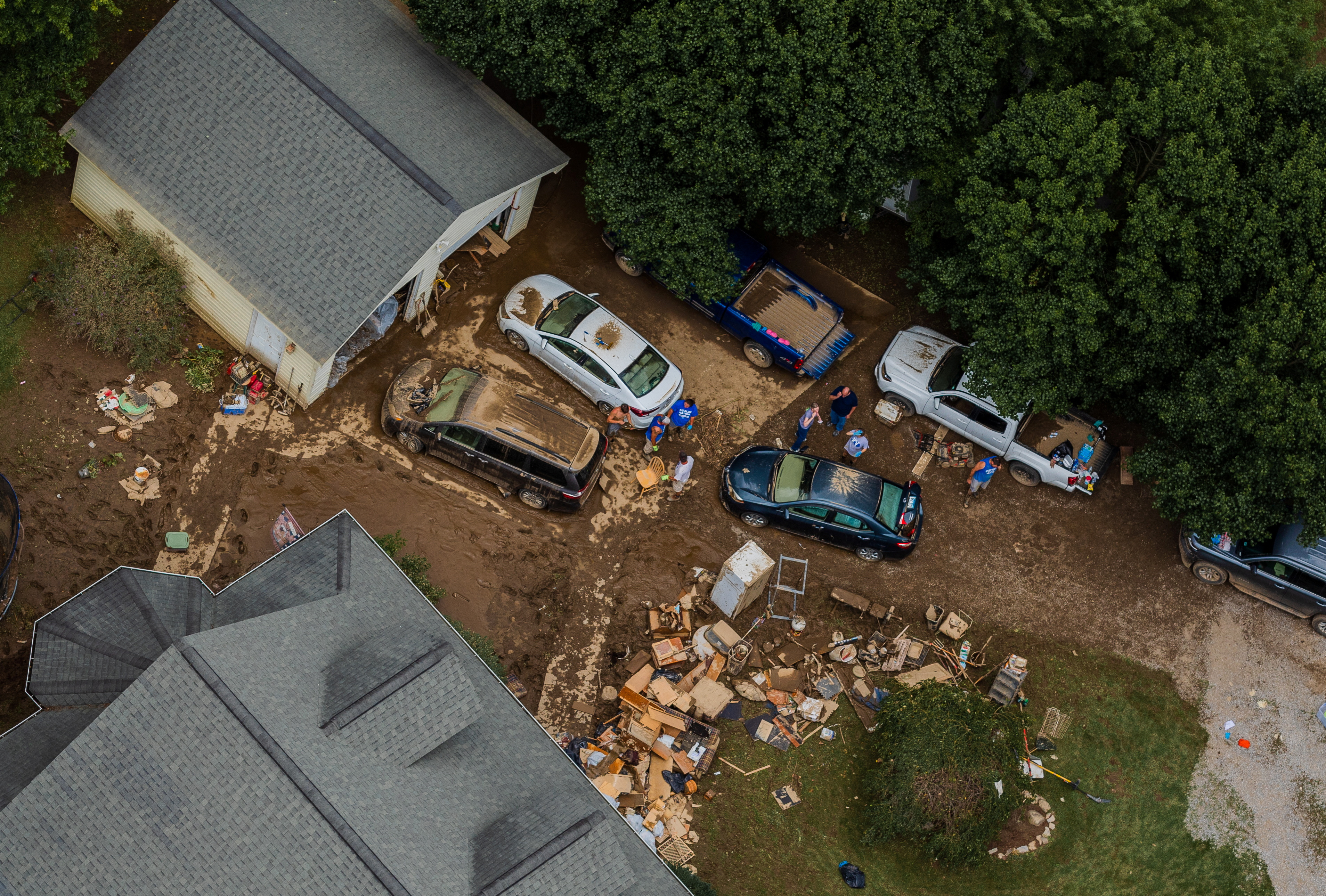 A Kentucky Army National Guard helicopter crew surveys disaster areas due to flooding during a media flight around eastern Kentucky, US July 30, 2022. US Army/Spc. Danielle Sturgill/Handout via REUTERS THIS IMAGE HAS BEEN SUPPLIED BY A THIRD PARTY.

The heavy rains returned to Kentucky (USA) on Monday, where the floods of the last week have already left 37 dead, according to the latest count by the authorities.

The state governor, Andy Beshear, stressed at a press conference that there are still hundreds of people missing, so the authorities expect the death toll to continue to rise as the rescue efforts progress..

The National Weather Service (NWS) is keeping central, southern and eastern Kentucky on alert for flooding and predicts that torrential rains will continue on Tuesday.

According to local media, the strong waterspouts caused by the rains for much of last week have destroyed electrical infrastructure, bridges, houses and roads.

Part of the territory also remains without telephone coverage, although the service is returning to many of the most affected areas.

Among the deceased are several minors.

On Sunday, Beshear announced that he is going to activate new reservists from the state National Guard to help rescue Kentucky residents, some of whom are trapped on the roofs of their homes, according to the local newspaper Lexington Herald-Leader..

On Thursday, the governor already declared a state of emergency throughout the state and mobilized the National Guard to deal with what he has described as “one of the worst and most devastating” floods in the territory’s history.

This is the second natural disaster to hit Kentucky in less than eight months after a series of tornadoes killed more than 80 people in western Kentucky in December.

The president of the United States, Joe Biden, announced on Friday the declaration of the territory as a “major disaster” area to confirm the help that the federal government will give to the state to deal with these floods, the White House said in a statement.

The dramatic rescue of an elderly woman and her family from a flooded home in eastern Kentucky was captured on cellphone videoafter an unidentified man braved the rising waters to enter the house and lead them to safety in the middle of the rushing water.

A man rescues a family amid flooding in Kentucky

the eyewitness Randy Polly he told CNN who filmed the rescue Thursday while stranded on dry land in front of the house.

Polly said she called 911 after hearing the family inside calling for help.and then he filmed when he saw a man swim through the rushing waters to the house.

In the video that Polly recorded with a cell phone, the man can be seen banging on the door of the house and then walking out with a woman identified as Mae Amburgey98 years old, and two other men, Larry and Gregory Amburgey.

Mae Amburgey’s granddaughter told CNN that his family is safe and recovering in the hospital.