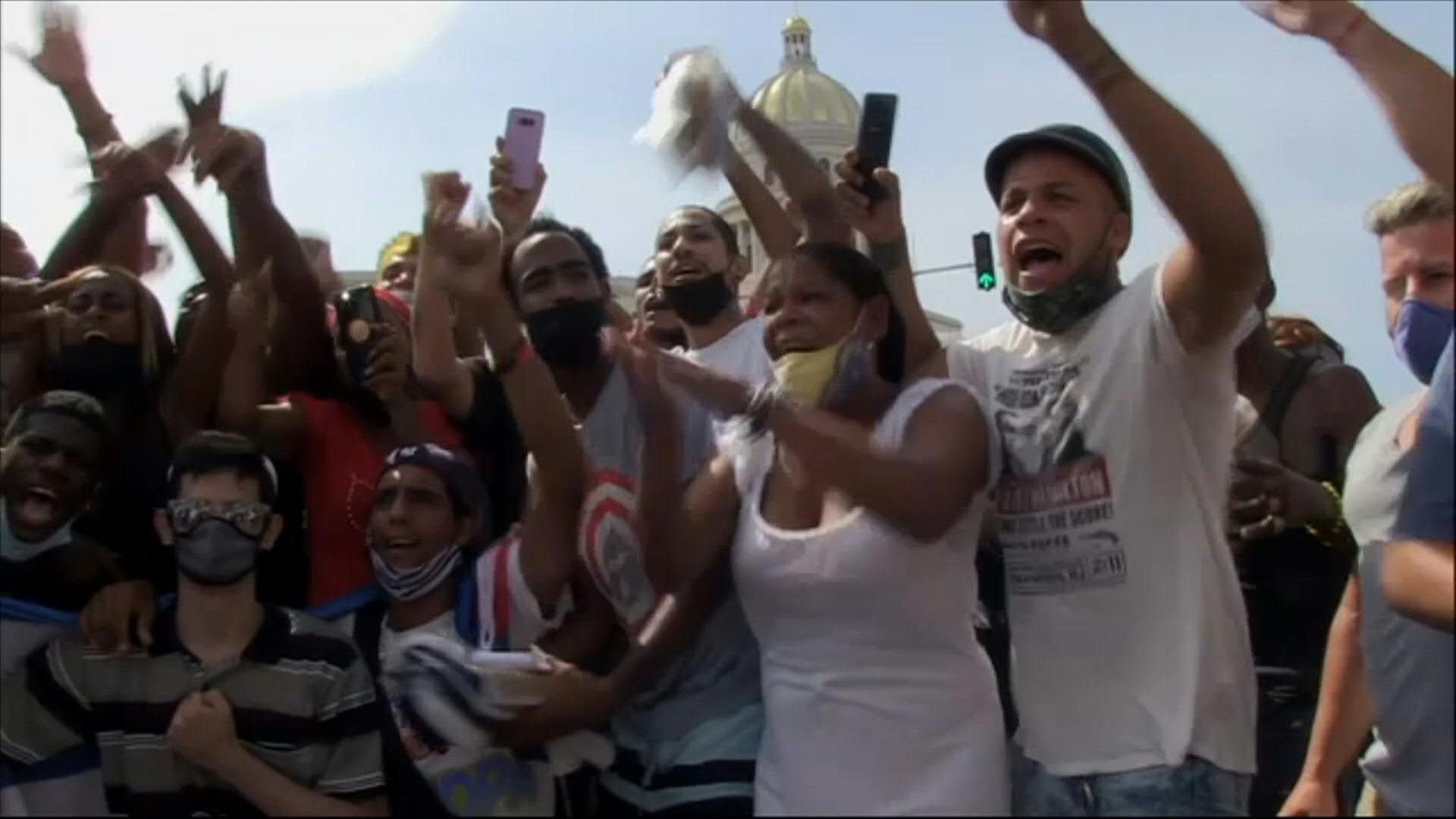 Demonstrators participated in protests against power cuts in Cuba

Several dozen people have protested this Monday at the Popular Council of Altamira, in Santiago de Cuba, against the continuous blackouts and the difficult economic situation facing the city, as reported by ‘14ymedio‘.

The demonstration has quickly provoked the presence of the repressive forces of the regime, who have tried to clear the area while the demonstrators protested against the Cuban dictatorship.

“What they have with us is an abuse. All morning without light and the power went off again at 11 in the morning”the activist Aurora Sancho explained to the aforementioned newspaper. “It all started with a neighbor who started making noise with an iron and complaining. Little by little others were added. People couldn’t take it anymore today”has nuanced

Among the slogans recited by the demonstrators, the most repeated have been criticisms against the president of Cuba, Miguel Díaz-Canel, and demands for the current to be reestablished.

Meanwhile, the Cuban authorities are trying to solve the electrical blackouts and have called on citizens to calm down.

“We know the consequences and the state of disgust generated by these continuous and long electrical blackouts, but we are working tirelessly. The circuits that are hardly affected are connected to priority circuits, such as hospitals, factories and industries that guarantee the preparation of food and priority services”pointed out a worker from the Ministry of Public Health (MINSAP), according to ‘Ciber Cuba’. 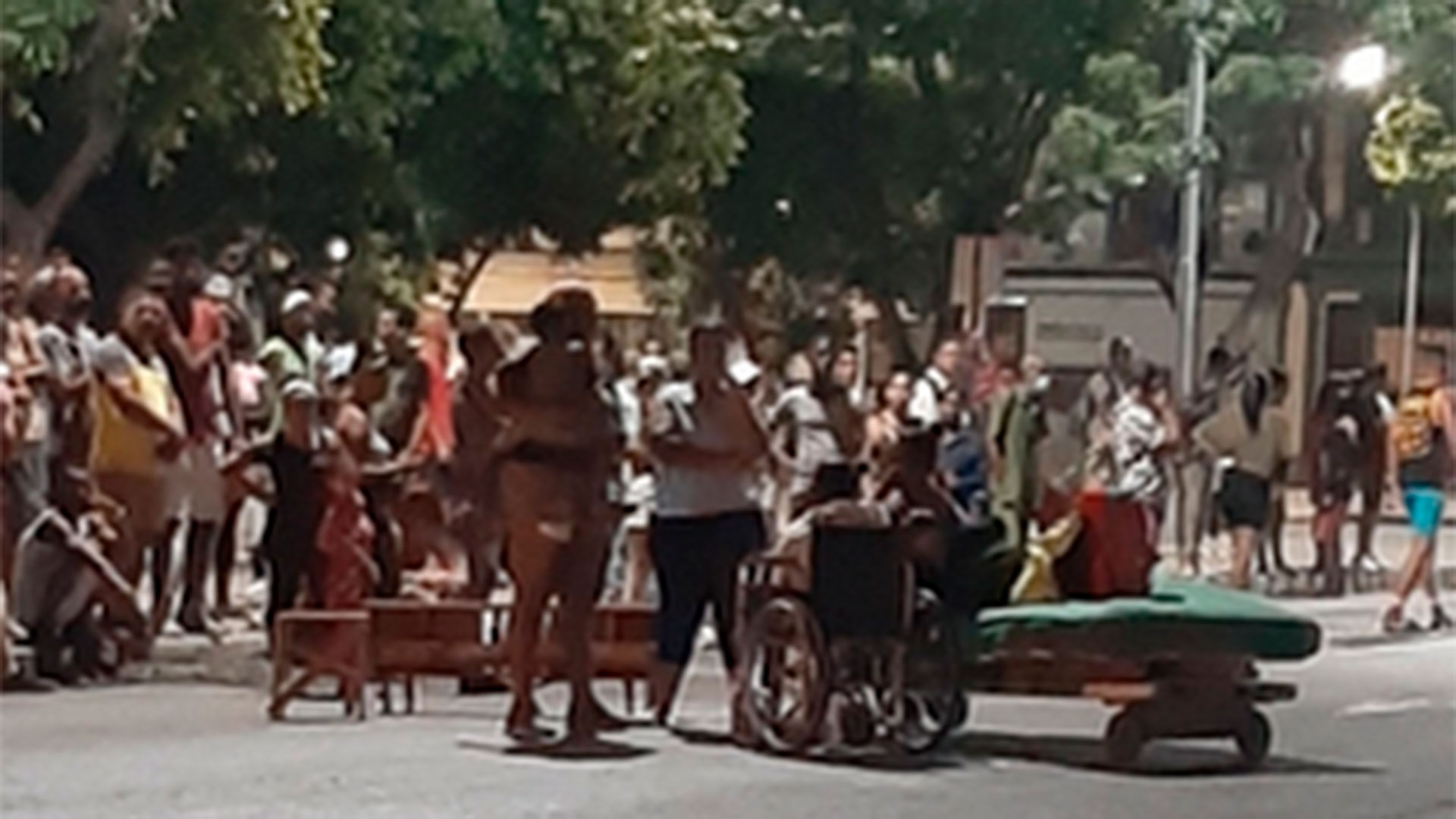 Protests over power cuts in Cuba

In recent months, protests motivated by prolonged blackouts have been frequent in towns throughout the island. In addition, the Cuban capital, Havana, will also begin to experience power cuts starting in early August, as the country’s energy crisis deepens.

The protests carried out due to the continuous blackouts generate concern within the Cuban government, since last year the largest protests recorded since the Cuban revolution took place.

Protests against the Cuban dictatorship continue to increase on the island, despite the repression of the forces of the Castro regime. In July there were 263 demonstrations, two of them massive, where people took to the streets to demand better living conditions, in a country that is going through a serious food, health, energy and inflation crisis. In the first half of the year alone, more than 1,700 protests were recorded.

“The mobilization of security forces throughout Cuba to prevent public demonstrations against the government on the first anniversary of that historic revolt did not prevent 263 from taking place in July, including these open street challenges. Of these, those motivated by economic and social problems exceeded 71% (188) while those of civil or political origin reached 28% (75). The imbalance between the two reflects the general crisis that in Cuba has turned so-called daily life into daily death,” says a new report from the Cuban Conflict Observatory (OCC).

According to the OCC, the protests against the Cuban dictatorship have a strong political component. In just one month (from June to July) there was a significant increase in demonstrations, from 28 to 85.