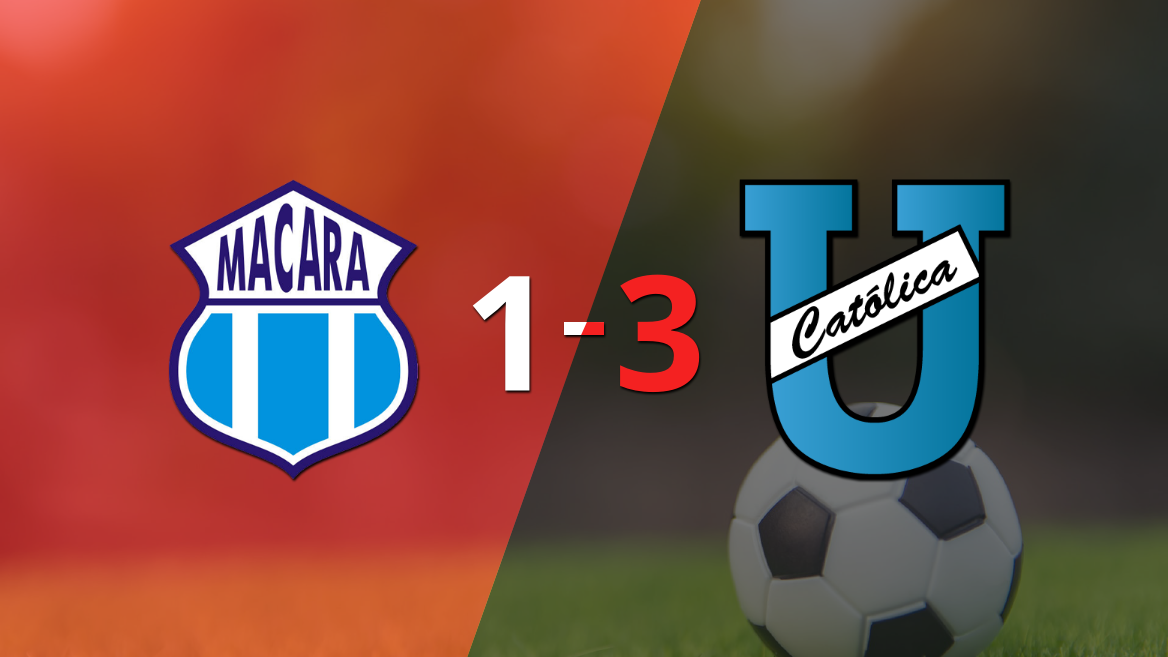 A great play by Macará, 10 minutes into the first half, was the one that moved the scoreboard thanks to Luis Fabián Mina. The forward took a tremendous shot from the semicircle, after receiving an assist from Janpol Morales. The ball entered the left and down right post.

The best player of the match was Yúber Mosquera. The defender from U. Católica (E) had a good level scoring 1 goal and clearing 4 dangerous balls.

Luis Fabián Mina also stood out at the Bellavista stadium. The attacker from Macará scored 1 goal and shot at the opposite goal 4 times.

The constant interruptions made for a locked game, which was marred by fouls. There was a large number of cautioned: Janpol Morales, Gustavo Cortez, Brando Villacis, Pablo Mancilla, Gregori Anangonó and Willian Cevallos. Brando Villacis was sent off for a double yellow card (19′, 2T) and Marcos Olmedo for a direct red card (19′, 2T).

For its part, Miguel Rondelli’s team took the field with a 4-5-1 scheme with Darwin Cuero under the three sticks; Gregori Anangonó, Yúber Mosquera, Andersson Ordóñez and Gustavo Cortez in defense; Aron Rodríguez, Janus Vivar, Kevin Minda, Facundo Martínez and Ismael Díaz in midfield; and Cristian Martínez Borja in the lead.

Guillermo Guerrero Alcívar was the referee who directed the match at the Bellavista stadium.

Macará’s next match in the championship will be as a visitor against Guayaquil City, while U.Católica will host Deportivo Cuenca.