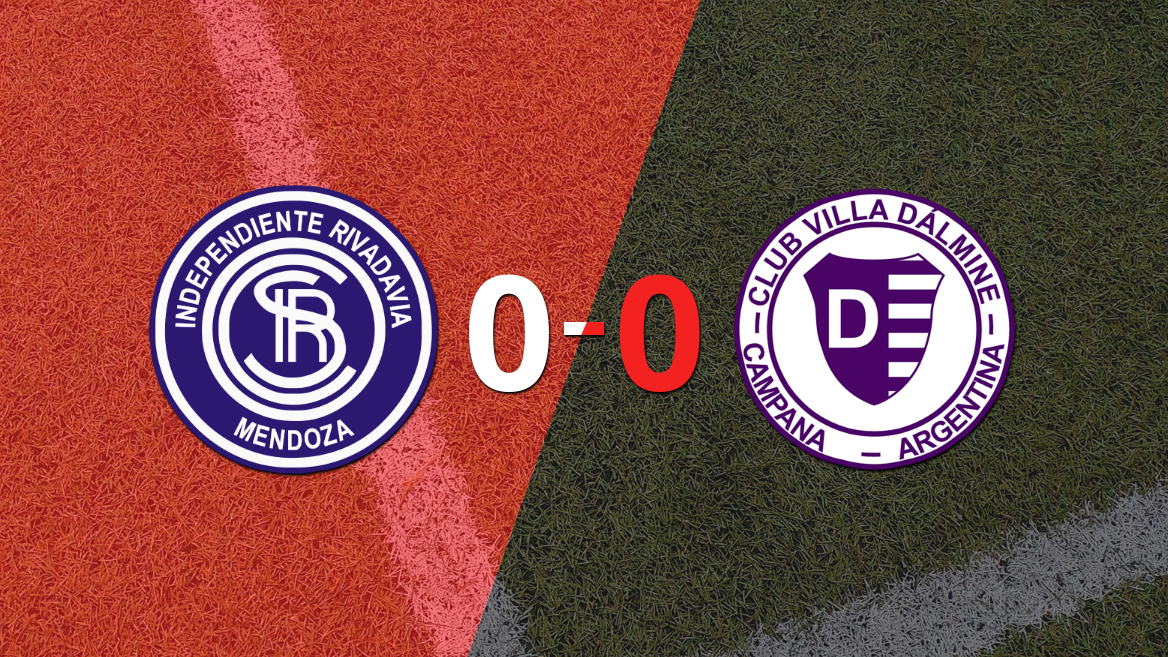 Indep.Mza. and V. Dálmine failed to open the scoring in the match corresponding to date 27, played this Sunday at the Bautista Gargantini stadium.

The figure of the meeting was Valentín Albano. The Villa Dálmine defender was important.

Another of the key players at the Bautista Gargantini stadium was Jorge De Olivera. The goalkeeper of Independiente Mdz. had a great performance against Villa Dálmine.

The coach of Indep.Mza., Gabriel Gómez, arranged a 4-3-3 formation on the field with Jorge De Olivera in goal; Agustín Verdugo, Valentín Perales, Mauro Maidana and Emiliano Endrizzi in the defensive line; Gustavo Turraca, Pablo Palacio and Franco Coronel in the middle; and Lucas Ambrogio, Hernán Ruben and Matías Quiroga in attack.

For their part, those led by José María Martínez stood with a 4-4-2 strategy with Alan Sosa under the three sticks; Gabriel Pusula, Facundo Gómez, Fernando Moreyra and Diego Martínez in defense; Nicolás Bertocchi, Gino Olguín, Ezequiel D’Angelo and Francisco Molina in midfield; and Nicolás González and Federico Haberkorn up front.

The designated referee for the match was Adrián Franklin.

Indep.Mza. will visit Almirante Brown on the next day, while V. Dálmine will receive Ferro at the El Coliseo de Miter and Puccini stadium.

The local is in eighth place with 39 points, while the visitor reached 24 units and is placed in thirty-second place in the tournament.