Alarm for a huge hole that appeared in Chile: they investigate if it was caused by mining


Registration of the huge sinkhole in northern Chile. (Video by GdroneAtacama)

A huge sinkhole appeared in the north of Chile, causing alarm in the community of Tierra Amarilla. The authorities investigated whether this was caused by mining activity in the area.

The strange event occurred in the Atacama region, located north of Santiago de Chile, and very close to a mine called Alcaparrosa. The sinkhole appeared in the town of Tierra Amarilla, and its mayor Cristóbal Zúñiga gave the first information to the community about the occurrence of the sinkhole of 25 meters in diameter.

“Yesterday (Saturday) we received a citizen complaint regarding a sinkhole that would have occurred here in our community near Mina Alcaparrosa, which is part of Minera Candelaria,” said the authority.

for the mayor, The issue is of the utmost concern because they have always carried the fear that this will happen at any time and place due to the mining deposits. of the area. “We are concerned, since it is a fear that we have always had as a community, the fact that be surrounded by mining deposits and underground works under our communeZuniga said.

Nevertheless, There is no precise clarity as to why this huge sinkhole occurred, although it was assured that “it is still active, it is still growing and it is something that had not been seen in our community.”

“We request that it be possible to clarify what is the reason and why this event occurred, what are the reasons, if the landslide is the product of mining activity than below or if it is of another nature”, added Mayor Zúñiga.

Reactions of other authorities 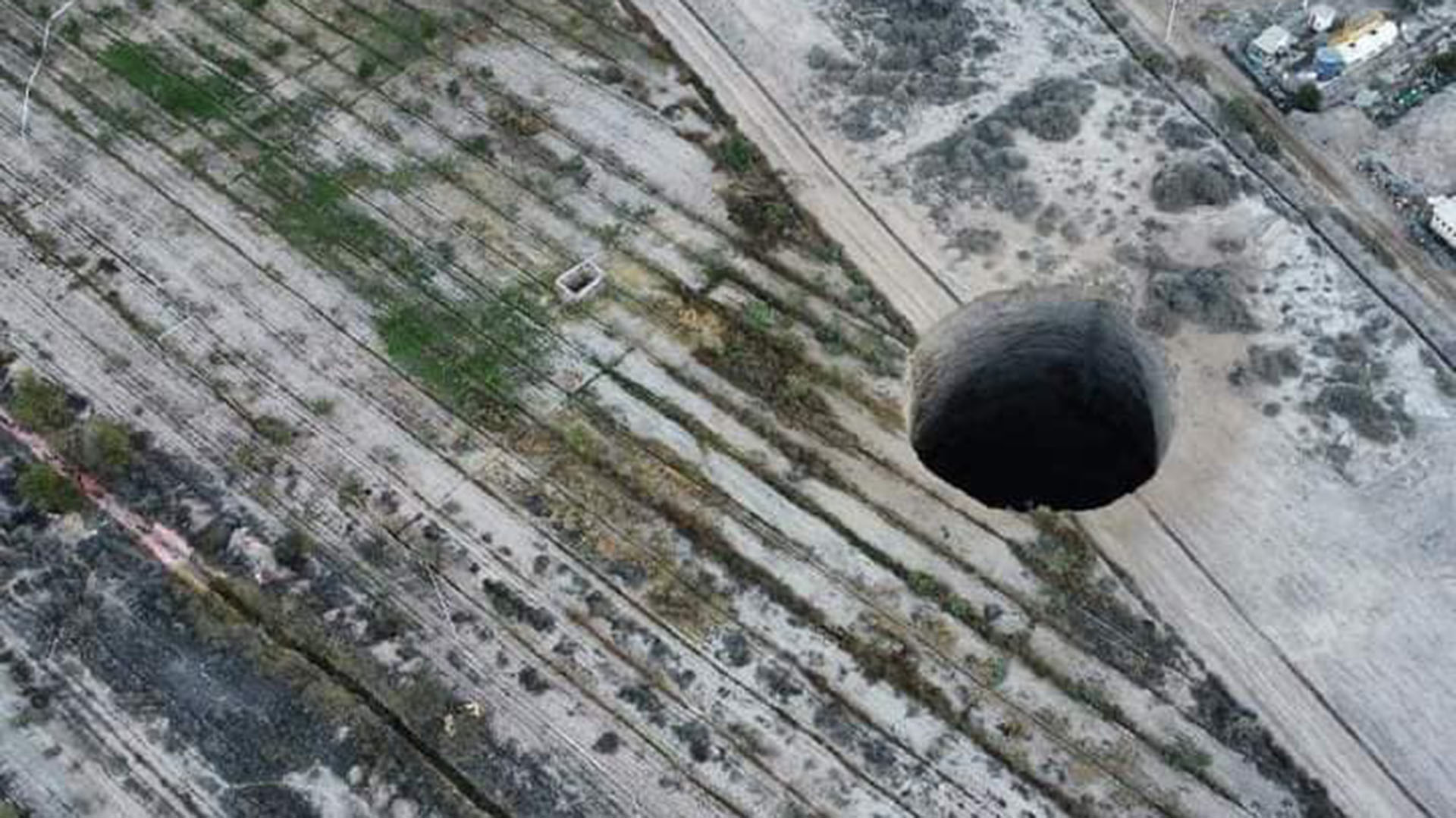 Authorities are investigating the occurrence of this sinkhole. (Image: GdroneAtacama)

Given this fact, the Presidential Delegate of Atacama, Gerardo Tapia, ordered that the National Service of Geology and Mining (Sernageomin) “carry out an on-site review” to begin to clarify the reasons for the sinkhole.

“We have activated all lines of action to respond to this situation that has occurred in the commune. The National Service of Geology and Mining (Sernageomin) was instructed to go to the place to carry out an on-site review and we immediately contacted the mayor to jointly coordinate the work that would provide security and tranquility to the neighbors of Tierra Amarilla”, said Tapia.

For its part, the Atacama Regional Ministerial Secretariat for Mining confirmed that there was no damage to people and that the progress of the sinkhole will continue to be monitored.

The German embassy in Chile condemned the sale of a figure of a Nazi soldier who promoted a newspaper
Chile: her son was murdered and now she is being denounced for threats and injuries to the child’s paternal grandmother